“Protect yourself. That’s the message,” Maytubby said. “Wear insect repellent and take precautions to lower your risk of being bitten.” 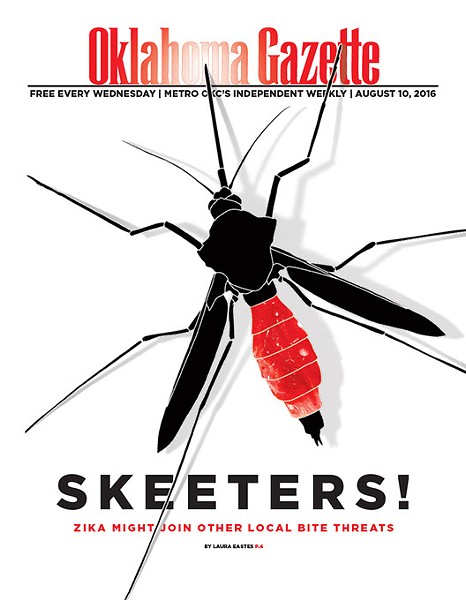 At the end of July, health and government experts confirmed what the public has feared for months: Zika has spread through local transmission within the United States. The Centers for Disease Control and Prevention (CDC) confirmed six locally contracted infections in the Miami, Florida, area.

This spring, mosquito and disease experts released research predicting the inevitable possibility of the Zika virus’ arrival to states along America’s south and northeastern borders.

Zika is a virus, or infectious disease, primarily spread through mosquito bites and can be sexually transmitted by those affected, according to the CDC. The disease can be passed in utero to a fetus and has been scientifically linked to serious birth defects. Media reports from Central America, South America and the Caribbean have illustrated Zika’s devastating impact.

In Oklahoma, health officials heeded multiple government agency warnings and formed partnerships with local health departments, municipalities, Oklahoma State Department of Health and Oklahoma State University. When mosquito season arrived in the Sooner state, traps were in place and entomologists were prepared to test for mosquito-born viruses. Additionally, health leaders agreed to ramp up public education efforts to lower the potential and incidences of mosquito bites.

Locally, the Oklahoma City-County Health Department (OCCHD) has trapped and tested nearly 10,000 mosquitoes. So far this summer, no Aedes aegypti mosquitos, which carry and transmit Zika, have been located in Oklahoma County.

“We’ve caught a limited number of Aedes aegypti [in Oklahoma County], but it was a couple of years ago,” said Megan Souder, an OCCHD epidemiology administrator. “Those mosquitoes are mainly in the Gulf Coast area. We can’t rule it out in Oklahoma, but it is a relatively low number when compared to the other mosquito species we see.”

In late July, a small number of Aedes aegypti were trapped in several locations in Altus, located in Jackson County in southwestern Oklahoma, according to the state Department of Health. The mosquitoes tested negative for the Zika virus. However, a risk remains as Aedes aegypti can contract the virus from an infected person and spread the disease. The CDC confirms 13 travel-associated Zika infections in Oklahoma residents (none in southwestern Oklahoma). Nationally, almost 2,000 travel-associated cases have been confirmed. 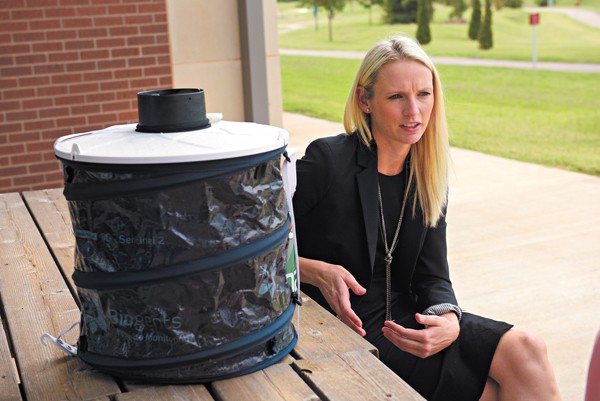 For several years, OCCHD officials have closely monitored and screened mosquito populations and continue making weekly collections from traps located throughout the county. Hundreds of mosquitoes can be trapped in each contraption. Findings are transported to a health department lab, where entomologists sort insects by gender, determine species and test for disease.

To specifically trap Aedes aegypti, OCCHD uses recently purchased B-G Sentinel traps, an open-topped cylinder with a fan at the bottom that releases a synthetic human scent into the air. The scent lures Aedes aegypti but can attract other mosquito species.

In the event an Aedes aegypti mosquito is found, Oklahoma State University is prepared to test further for Zika, he said.

Aedes aegypti differ from other mosquito species in behavior and coloring. Aedes aegypti is black, where most Oklahoma mosquitoes are brown.

“The Aedes aegypti is an aggressive day biter,” Souder explained. “They like the indoors. We stress shutting doors and having screens on windows. That’s the opposite from the Culex mosquitoes, which transmit the West Nile virus. They are out at dusk and dawn. They are outside biters.”

National headlines and media reports about Zika spurred an influx of local phone calls and social media questions to OCCHD about mosquitoes and the virus, Souder said. Some came from Oklahomans planning to visit Central America, South America and the Caribbean for vacation, business travel, mission work or the Olympic games.

“Protect yourself. That’s the message,” Maytubby said. “Wear insect repellent and take precautions to lower your risk of being bitten.”

Some asked about canceling travel.

Like travelers to Central America, South America and the Caribbean, individuals should continue to be vigilant in avoiding mosquitoes once back in the United States. Since many who contract Zika develop no or mild symptoms, it is essential to avoid contact with them and be aware of the sexual transmission risk. By protecting themselves from bites, people also are protecting the public, Souder explained.

This summer’s heightened alert of Zika has pushed Americans and Oklahomans to take action and follow advice to wear repellant, drain stagnant water and avoid mosquitoes. When guarding against Zika, many also shielded themselves from West Nile virus.

Print Headline: Low threat, Oklahoma’s Zika prevention plan has been in place for months with positive response from the public adhering to safety tips.

Local health officials say there are a number of ways to avoid mosquitoes that might carry Zika, West Nile or other illnesses.

• Zika symptoms include fever, rash, joint pain, conjunctivitis, muscle pain and headache. Symptoms are mild, lasting for days or a week. A blood or urine test can confirm Zika infection.

• Individuals who show symptoms and have traveled to any area where the Zika virus is known should immediately visit a health care provider.

• If you suspect you have West Nile virus, immediately visit a health care provider.