The NBA’s long held connection with the glitz of Hollywood, bright lights of Times Square and mocha-colored tan lines of South Beach is giving way to the blue-collar and middle class of Midwestern American markets. 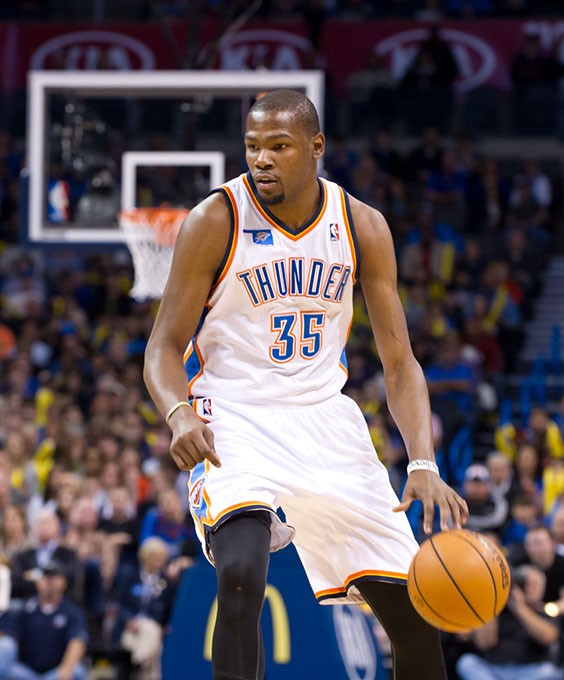 The NBA’s long held connection with the glitz of Hollywood, bright lights of Times Square and mocha-colored tan lines of South Beach is giving way to the blue-collar and middle class of Midwestern American markets.

As the Miami Heat recovers from losing the world’s best player, a No. 23 LeBron James Cleveland Cavaliers jersey is sure to become one of the league’s top sellers. As the New York Knicks continue to flounder in a state of mediocrity, San Antonio quietly raises championship banners in a workmanlike fashion.

And as the Los Angeles Lakers hope to squeeze just a little more talent from an aging superstar, Oklahoma City, a place that lacks direct nonstop flights to half the cities in the NBA and is one of the smallest professional markets in America, has become one of the hubs of the basketball universe.

“I love playing there,” Kevin Durant said about playing in Oklahoma City during an interview on SiriusXM NBA Radio. “The city fits me.”

The NBA is a global league that some expect will eventually expand to cities like London, Tokyo or Mexico City in the near future. As the league continues to build its brand in places like China, India and Russia, becoming the first American sports league to expand past North America might make sense one day. But while league executives salivate over the idea of new teams in some of the world’s largest cities, the foundation of this league continues to exist in Middle America, often in cities where the NBA is the only game in town.

Charles Barkley can call markets like OKC a “wasteland,” but the league’s smallest markets outperformed their larger counterparts last season. The average win total of the teams based in America’s 10 largest television markets was 39.5 last year. The bottom 10 market teams, which include OKC, averaged 42.6 wins and featured just as many playoff teams and three of the final four teams to reach the conference finals.

When Pau Gasol, the former Los Angeles Laker, was considering his options in free agency this summer, it was reported that during a meeting with Thunder coach Scott Brooks, he questioned the quality of life in OKC and its cultural diversity. Gasol might have had reservations about the quality of the local symphony or whether there are enough wine bars, but choosing not to come to OKC because its not a big enough stage to shine on as a player would be unwise.

“That’s archaic thinking,” Royce Young, NBA writer with ESPN and author of the popular Daily Thunder blog, said about small markets like OKC being tough places to become a star. “With social media, cable television, the Internet, you can be a massive star playing anywhere.”

Young points to Kevin Durant and Russell Westbrook as examples and also believes playing in a small market offers some advantages over a big city.

“Small-market cities build connections with players a lot better than the big markets do,” Young said. “There may be more things to do, more things to see [in big markets] like New York and LA, but you’re never going to build the same connection [with fans] like you will in a small market.” The Thunder have become known for the connection players and fans share, and there are other examples across the league, including Cleveland, which welcomed back LeBron James, who decided to leave Miami for his hometown.

Memphis is another example of the league’s success in small-market cities. As one of only two cities in the NBA smaller than OKC — the other being New Orleans — Memphis has established itself as a model franchise in recent years, including being named the best sports franchise in America by ESPN in 2013.

“The identity of the Grizzlies is so intrinsically tied to the personality of the city of Memphis that it is nearly impossible to separate the two,” said Josh Coleman, author of the Grizzlies’ fan blog Three Shades of Blue. “The Grizzlies provide a blue-collar fan base with a team they can identify with and embrace.”

Coleman’s take on the style of play in Memphis might just be the reason small-market towns have a connection to their teams that goes deeper than those in bigger cities. The flash of the former “Big Three” of the Heat in recent years fit in a city like Miami. But like a lot of things in South Beach, it can quickly change and lack any substance. Durant and Westbrook offer a style of play that would work in any market, and while fans here love their two superstars, they also embrace players like Nick Collison and Steven Adams who embody a more gritty and blue-collar style on the court.

On the court for OKC this season is a team that continues to have championship aspirations. The Thunder have become one of the league’s most consistent teams in recent years with trips to the Western Conference Finals — including last year — and a trip to the NBA Finals a few years ago against Miami. However, the Thunder will also be a team challenged out of the gate as they deal with the loss of Durant and Westbrook for at least the first month of the season and experiment with a new starting lineup that includes Adams as the starting center.

“I’m a lot more comfortable,” Adams said about heading into his second year. “Last year, I was just nervous, but this year, I’m all right.”

Durant’s injury will also put more pressure on Westbrook — if that’s possible — to become the team’s primary leader on the court. Some have called it an opportunity for Westbrook to make his own push for a league MVP award, which Durant won last year. But the Thunder point guard says he’s focused on helping his team win games and last week, before the start of the season, said he was ready to go.

“Hell yeah I’m excited,” Westbrook said. “You don’t want to put too much pressure on somebody ... just go out and play your game. That’s it.”

As the team embarks on its seventh season in OKC, it does so as one of the league’s core teams, demonstrating that the NBA is a league that seems to fit perfectly in middle America.

“The way professional sports have been built, [leagues] have always leaned to the big markets,” Young said. “But the NBA has seen the model of cities like Salt Lake City and Portland and seen how passionate those fanbases are.

“If you can endear yourself to the community you play in, you can become part of the fabric of that city, and its something that I think the NBA understands greatly. I think the NBA understands that there is certainly a value in building from the ground up in some of these smaller cities.” As big-city teams like the Lakers, Knicks and Heat visit Oklahoma City, Memphis and San Antonio this season, they will not only be tested against some of the league’s most talented squads. They will also be traveling to the new hubs of the NBA. 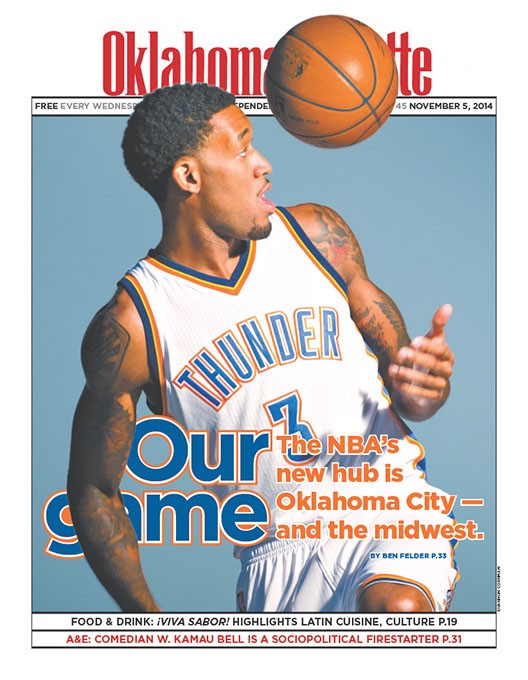 Print headline: A league of our own, Small-market cities like Oklahoma City have become the hub of the NBA.