To the average outsider, an Oklahoma City-born screenwriter’s feature film debut and the standing ovation it received at this year’s Sundance Film Festival is the start of Kevin Costello’s Hollywood journey. However, the real story behind Brigsby Bear began many years ago in the less glamorous confines of a middle school history class.

Brigsby Bear, written by University of Oklahoma graduate Costello, stars four-year Saturday Night Live (SNL) cast member Kyle Mooney as James, an isolated young man wholly devoted to the fictitious Brigsby Bear show, a weirdly educational and amateurish science-fiction/adventure series following the episodic exploits of the namesake bear against his persistent nemesis Sun Catcher. The show’s run has nearly spanned James’ entire life, and it is the only show he has ever seen.

James lives in the remote house he grew up in with the couple that raised him (played by Mark Hamill and Jane Adams), completely separated from outside society. His perception of reality comes crashing down after law enforcement removes James from his lifelong home and informs him that the people he thought were his parents were, in fact, his kidnappers.

After awkwardly reuniting with his birth family, James learns that the Brigsby show was produced entirely by his former captors for an audience of one. Instead of suddenly abandoning his sole obsession, he becomes compelled to write and produce his own ending to the Brigsby tale.

In a recent phone interview with the Gazette, Costello said much of his family still lives in Oklahoma. (His sister is Claire Costello of Norman psych-garage rock trio Costello). When Brigsby begins its run at Quail Springs, his film journey will finally come full circle.

“That was the movie theater closest to my house that we used to drive to growing up,” he said.

Many movies today are made with conglomerations of studio talent who might or might not have existing attachments to other members of the team. Brigsby writers Costello and Mooney, in addition to director Dave McCary (also an SNL writer), first met as teenagers while attending middle school in San Diego. They became fast friends who, in their adult years, slowly developed Brigsby as a side project.

The movie’s SNL pedigree, of course, delivers plenty of laughs, but Brigsby is a thought-provoking script, offering viewers plenty to wrap their philosophical (and moralistic) minds around far after the closing credits.

“People seemed to be excited about the script when we sent it out because it was so different from what people were expecting from a Kyle Mooney movie,” Costello said. “They were expecting it to be a broad comedy in the vein of an SNL character-type movie. But we felt like we made exactly the thing we wanted to.”

Costello spoke to Gazette about his relationship with Mooney and the complex themes that make Brigsby smarter than the average bear.

Oklahoma Gazette: How exactly did you meet Mooney in the first place?

Costello: I’ve told him this, but I was definitely in culture shock moving from Oklahoma to San Diego in the late ’90s. There was no internet culture to speak of. I didn’t know what people dressed like in California. It was genuine “I don’t fit in here; I don’t belong here” — really scary and freaky. Kyle and I had a history class together, and he was super nice to me. I think he knew that I was new and kind of freaked out. He was also the funniest dude I ever met and put me at ease because it was like, “Oh, I can be friends with this guy.” He wasn’t a “popular” kid, quote-unquote, but he was cool with everybody, and it made me feel less freaked out...

I really was just trying to be a part of that vibe. [Mooney] and Dave [McCary] were really big into California punk rock and old-school hip-hop, so I was trying to learn about these things through them. It felt like these were the guys who shepherded me through this experience of being a new kid who didn’t really know anybody.

OKG: Mooney’s character James is reminiscent of some people who recently emerged or were forcibly removed from a cult. He has an enduring devotion to Brigsby despite being told of its connection to his captors. Is that level of attachment something you thought about when you were writing the character?

Costello: Oh yeah. Definitely. It was hard because we didn’t want to lean too hard into the cult aspect of it or what is the true nature of these people’s intentions because I don’t think it really mattered to James. By virtue of that, we kind of eclipsed it from our movie because it’s so fixed into James’ point of view.

Kyle’s performance is brilliant. So much of the character comes down to him modulating that and figuring out how to convey so many complex emotions in such a complex, almost unknowable viewpoint. There’s so many times you wonder what is happening in [James’] head. The real approach was just trying to keep it grounded emotionally, because we’re in James’ point of view. We tried to keep it emotionally grounded the way he reacted to things and kind of hoped the humor would come out of that. But the cult thing is funny because it’s like, “Is it dark?” It kind of keeps you at arm’s length and we kind of have to bring [the viewer] in because they’re so unsure about what’s going on in his mind. But once the movie unfolds, you’re kind of brought into it with him.

OKG: Though some probably expect the film to explore a potentially dark situation and the motives behind it, the biggest takeaway in the movie is more about family and how we can create our own families — broadening the definition of what that means.

Costello: I think that’s exactly right. It’s kind of a subtle thing. We designed it to be a simple story because there are a lot of complex things happening underneath it. It’s the idea that he’s trying to decide for himself what family means — what being captured or freed in this new world versus his old world means. The way that we figure stuff out and the way we make sense of our reality is through stories. His toolset for that is Brigsby because it’s the only story he’s ever been told. It’s religion to him; it’s everything. In making sense of that — by telling his own story — not only does he come to grips with what it is, but he turns it on its face and goes out and becomes a creator himself, taking control of his story and finishing it the way he wants to finish it. Through this process, he finds his family and finds it in this weird gray area that, even when the movie is over, people are going to have all sorts of complex reactions over. 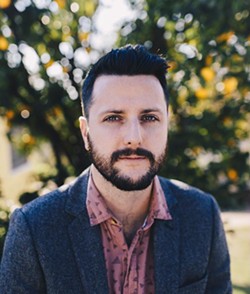 OKG: How fully did you develop the fictional Brigsby universe? Is there more to it than made the screen?

Costello: That was one of the most fun aspects to me. Going into it, we truly wanted it to feel like we’re looking at the top of an iceberg and there was this gigantic mass underneath.

We started talking about, “Well, what did it look like on episode one, and how did it change over the years?” Through that template, we were able to come up with this overall, arching story. Within this idea is sort of the notion that this is outsider art. It can steal from everything because there is nothing else — James has not seen anything else. We really liked the idea that there are bits and pieces of other, actual culture in here. Obviously, Star Wars is kind of a big influence on it, but in terms of plot, there’s probably, like, fables in here and Bible stories, but redressed in crazy Brigsby Bear language and verbiage.

Every time we added stuff or needed to talk about it, we looked at this bible we created that was the entire story of Brigsby from the younger, kid-show years to when it transforms into a show that a 12- or 13-year-old would like and then getting very dark and strange in the teen years and settling into this stasis where he’s just battling Sun Snatcher and failing and this sort of cyclical loop of unresolved narrative and how unsatisfying that would be. So that would be part of the emotional focus of his character. If you’re only told one story your entire life and it feels like it’s building to a conclusion and it just never gives it to you, how frustrating would that be? You’ve written the ending in your head, and it’s almost like James is ready to move past it. He’s obsessed with how this is going to end — how he’s finally going to defeat Sun Snatcher.

OKG: Are you working on anything new right now? What comes after Brigsby?

Costello: Couple of things brewing... I was a staff writer on an Amazon show that will be coming out later this year called Jean-Claude Van Johnson directed by Peter Atencio. Kyle and Dave and I have some top-secret projects in the works we’re starting to get into, and I’m currently writing an action comedy for Lionsgate.