Cover Story: OKC residents are taking a ride on the app-based sharing economy

Following the financial crash of 2008 and the ensuing Great Recession, sharing economy applications like Airbnb (2008) and Uber (2009) were founded just in time to benefit from an increased unemployment, which rose to a national high of 9.6 percent in 2010.

Nearly a decade after their introduction, have sharing economy apps created new career opportunities, or are they merely a way to supplement income? Users work for companies like Uber, Postmates or TaskRabbit as independent contractors. Between 2005 and 2015, the percentage of the workforce relying on non-standard employment rose from 10.1 percent to 15.8 percent, or 23 million people nationwide, according to a Princeton University study.

In theory, the ability to receive work through a smart phone app should be a great equalizer across socioeconomic levels. In actuality, according to a study completed by Juliet B. Schor, a sociology professor at Boston College, work traditionally done by people of low educational status is disproportionately being done by white-collar and highly educated people.

For example, Airbnb ($924 average a month) users receive the highest monthly income between sharing economy apps, nearly tripling the average and median incomes of the next highest application, TaskRabbit ($380), according to Priceonomics.

The easiest entryway into Airbnb is property ownership. Depending on a leasing contract with a landlord, renters using the service for personal profit could face eviction. As Airbnb increases in popularity, it reduces the demand for hotel services that employ low-wage workers as maids and food service employees, and Schor’s study finds income will shift to higher-income platform providers. 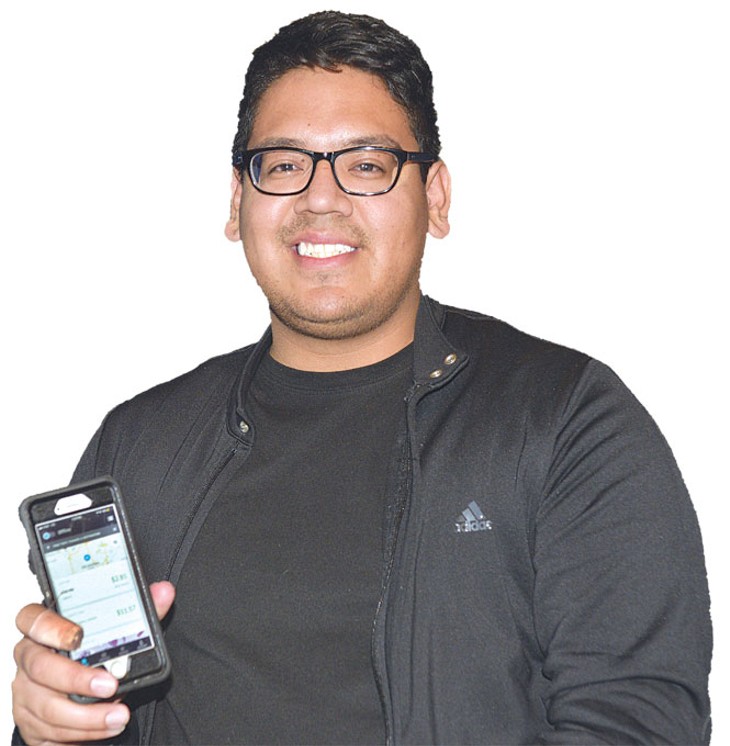 Since summer 2016, Aimee and Jeff Struble have rented out a two-story artist loft apartment they own as a high-demand, short-term lodging option in the 16th Street Plaza District. They have no regrets.

The couple, who also own Aurora Breakfast, Bar & Backyard next door, use the online marketplace Airbnb to market their space to travelers for brief stays. The apartment, found between the NW 16th Street intersections of N. Gatewood and Blackwelder avenues, is reserved for Airbnb use only and is available to renters any time of the year. The apartment is almost always booked with new guests.

Aimee Struble said when she travels with her husband, they like to stay in community art and culture districts like Plaza District.

“We love the walkability because that’s really where you find the essence of an area, in their local districts,” she said.

The Strubles are big proponents of the Plaza District and noticed lodging options were one thing missing from the area. After a former long-term renter moved out of the space, they converted the apartment for Airbnb rentals and haven’t looked back since.

There are not too many hurdles to keep someone from renting out their space as an Airbnb or, for that matter, to prevent anyone from renting a room. Struble said the site revolves around reviews on both sides of the service. Users typically stay at places that are reviewed well, and renters can be reluctant to let a low-reviewed user into their space. Renters can also choose to require that guests present certain forms of identification for their own comfort and convenience.

Struble said Airbnb is a user-friendly service from the host perspective.

“It’s so easy,” she said. “They’ve got it figured out. I think they have to be that way to get people to offer their house and rooms because it can get kind of complicated.”

Bad guest experiences happen everywhere from Airbnb to the finest hotels in the world. Still, Struble said there has only ever been one guest she accepted that she would call a mistake. Even then, they did not leave any significant damage to the apartment; they just had a wild party and moved around a lot of furniture.

“The only issue I’ve had was one of those quick, ‘Hey, we need a place tonight,’” she said. “And I know better than that.”

The rental experience will vary from place to place. Some Airbnb hosts will meet their lodgers at the door. The Strubles are more hands-off. Their apartment is keyless entry. Sheets and towels are provided. The rental comes with a complimentary Aurora gift card for coffee in the morning. Guests must be out of the apartment by 11 a.m.

Struble said the primary key to maintaining a popular Airbnb rental space of this size is outside cleaning help. Often, there is a turnaround of only a few hours between guest departures and arrivals. The Strubles could not possibly keep up with that demand themselves.

The Airbnb experience has worked so well for the Strubles that the couple has talked about opening up a few more lodging options nearby, including a place that would potentially allow small groups to stay in the Plaza. No future plans are certain yet, but with a service as easy to use as Airbnb, there is not much out of the realm of possibility. 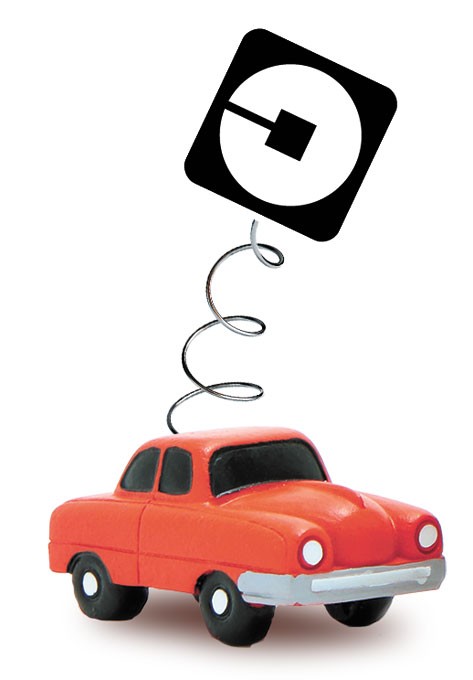 Some applications interface well with the existing workforce. GreenPal, referred to by founder Gene Caballero as the “Uber of lawn care,” connects local landscape contractors with users looking to have lawns mowed, hedges trimmed, leaves raked and other services.

Nashville-based GreenPal launched in Oklahoma City in September and is available in 17 markets nationwide, totaling nearly $5 million in sales in 2017. GreenPal receives 5 percent in addition to a 3 percent credit card processing fee from bid prices, which are submitted by competing contractors.

Users request lawn services by task and date and then choose a contractor based on bid price and overall rating.

Edmond-based C Custom Lawn Care and Home Services owner David Carothers said that even though GreenPal moved into Oklahoma City at the beginning of the slow part of the season, it has been a lifeline for his three-year-old company. C Custom Lawn has received 391 contracts through GreenPal since September.

“The proof is in the pudding that I just got done mowing a lawn in late December,” Carothers said. “The fact that I’ve gotten new work in November and December is almost 100 percent more than I would’ve gotten without it.”

Gone are the days of relying on a client to remember to leave a check under a doormat for payment.

“A lot of people don’t want to write a check, and cash, what’s that in 2018? GreenPal allows me to do what I do best: getting behind a mower or leaf blower,” Carothers said. 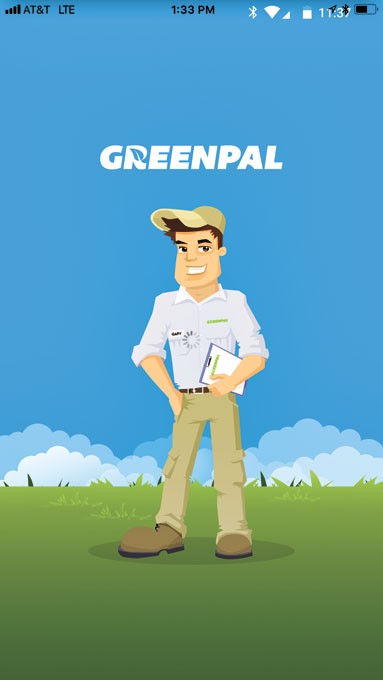 Four months ago, Robert Mathias got behind the wheel of his 2016 Volkswagen Jetta and clicked on his smartphone’s Lyft app. The Edmond resident had hailed rides before on both Uber and Lyft, which are sharing platforms that connect drivers offering rides and passengers seeking them. Passenger fares flow into driver pockets with a cut taken by either Uber or Lyft.

Seeing an opportunity to add to his income, Mathias decided to give it a try.

Mathias, who is medically retired from the military, wants to work Tuesday and Thursday evenings and Wednesday mornings as a driver for Lyft. Sometimes, he wants to work weekends. So he does.

The people who drive for ride sharing apps share that its greatest benefit is the flexibility and freedom it affords them.

“It is so flexible,” said Scott Taylor from inside his Ford Edge SUV. Taylor described himself as a part-time Uber and Lyft driver in Oklahoma City. “There is nothing else you can do and earn a little bit of money but be so free at the same time.”

Can you really make money driving for a ride sharing service? That’s a question Uber and Lyft drivers hear regularly. The drivers Oklahoma Gazette spoke to said the ride services were not a way to “get rich” but can lead to some relatively quick cash. To be a successful driver, one must carefully track their expenses, like gasoline, insurance and the wear and tear on their vehicle, said one driver.

To make money, drivers need to do their research to know best times and places to drives, said another driver.

Driver Randy Sharp, who mostly drives in northern Oklahoma City, stressed setting a schedule to avoid chasing and waiting for the next ping.

Besides payment and setting their own schedule, what do drivers like? Passengers.

Each driver has their own favorite passenger story to tell.

Mathias’ favorite passenger story begins at Will Rogers World Airport, where he picked up a woman who identified herself as an employee of a major airline and put in Newcastle as her destination. On the way to Newcastle, Mathias learned the final destination was a liquor store that sold a specialty liquor that she couldn’t find in her home state of Ohio. The liquor was a gift for her adult son.

“Her whole reason [to be] here was to buy some bottles of liquor and fly back to Ohio,” Mathias said. “I thought that was pretty funny.”

Each passenger is unique in personality, their reason for the ride and their final destination, explained Sergio Duenez, an Uber driver who mostly drives weekends. On a few occasions, Duenez has grown uncomfortable as passengers are so far under the influence of alcohol or drugs, he fears they might require medical attention. A few times, he has had trips where passengers requested driving by a residential home. The worst possible thoughts would come to his mind: Is this passenger a stalker? Is this passenger violating a restraining order?

Most passengers who climb into Duenez’ Kia are pleasant and rides end with waves goodbye and fistbumps.

“You have to be a people person and like music,” Duenez said before explaining he makes instant connections with his passengers on the subject of music.

After a conversation on Mexican rock music with Duenez flipping to a few bands on his iPod for a listen, a passenger handed him a $20 tip.

“I think music is the most important part,” Duenez said. “You can’t be a bore or be quiet and awkward. You’ve got to ask people how their day is going. And have the iPod ready.” 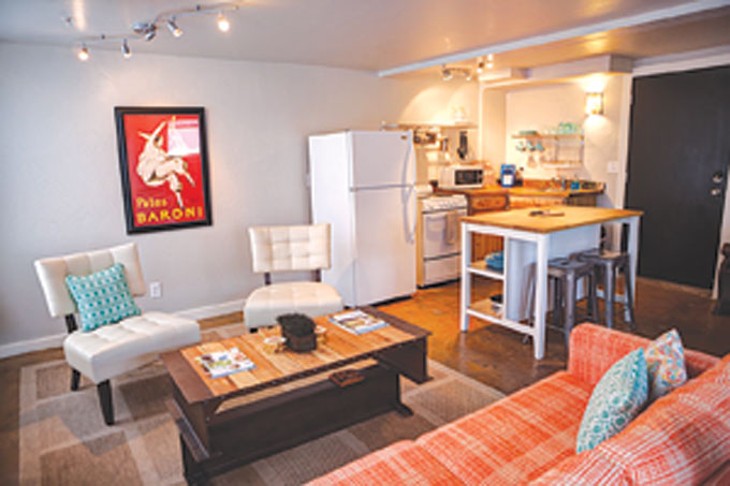 Print headline: The gig is up; OKC residents are taking a ride on the app-based sharing economy.