Cover Story: Oklahoma City’s mayoral race is quiet with three candidates seeking the seat — but why? 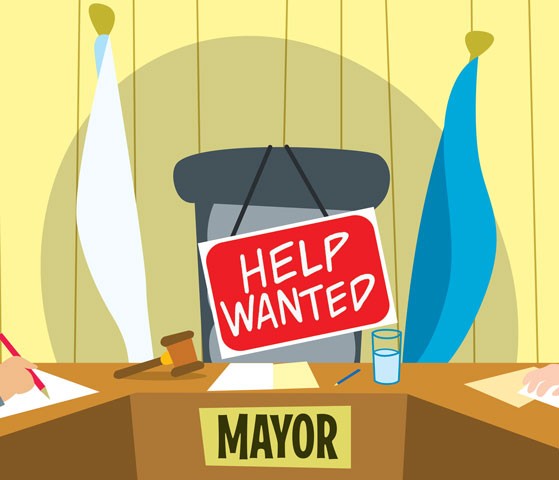 When asked about the upcoming mayoral election for the state’s largest city, Jason Doyle, a longtime radio personality in Oklahoma City covering local politics, responded, “I would call this a sleeper.”

“Municipal elections generally don’t bring out a lot of voters,” he told Oklahoma Gazette. “It’s a sleeper because you have such a strong candidate in [Sen. David] Holt. … I think after [Oklahoma County Commissioner Brian] Maughan dropped out of the race, the discussion went away about the Oklahoma City mayor’s race.”

At present, there is not much interest in the election for OKC’s 36th mayor and who will succeed popular Mayor Mick Cornett, the city’s longest-serving mayor. There are three candidates: Sen. David Holt, college student Taylor M. Neighbors and Randall L. Smith, who recently retired as an internal auditor. Of the three, only two are campaigning: Holt and Neighbors. Of those two, only one — Holt — has raised substantial funds in his quest for the mayor’s seat. The mayoral primary election is Feb. 13. If no candidate collects a majority of the votes, the two top candidates move on to a general election in April.

“I have not heard much of anything about the mayor’s race,” James Davenport, professor of political science at Rose State College, told Oklahoma Gazette. “This is surprising when you have a long-term incumbent stepping down. You would have thought that would have generated a lot of interest from people who would be inclined to make that run. … I think that might be the most interesting thing — the lack of competition for an open seat in a top 50 city that has had a growing population, a growing economy. You would expect more competition then what has emerged.”

This wasn’t supposed to be a noncompetitive mayoral election. Following Cornett’s February 2017 announcement that he would not seek a fifth term in office, he made public his intention to run for governor the following May, and it appeared there might be a crowded field of candidates fighting for the open seat. Maughan, a third-term Republican representing District 2 on the county commission, was the first to announce his intention to run. Days later, Republican state senator Holt joined the field. Political newcomer Marina Mangiaracina, who had recently lost her bid for a spot on the city council, made public her campaign.

There were whispers that Rep. George Young, D-OKC, was considering a run. There remained constituent support if Ward 2 Councilman Ed Shadid had thrown his hat into the mayoral race for the second time.

In late October, Maughan withdrew from the race, citing issues related to the injuries he received in a summer car accident. Mangiaracina’s campaign was suspended. Young endorsed Holt. Shadid was silent.

There was then only one candidate for mayor four months before the primary and a little less than two months before December’s candidate-filing deadline. At the end of September, Holt had raised $358,546 in campaign donations.

“Everybody thought we had the field set,” Doyle said. “Could someone raise the money and get their name out there to be able to beat someone like Holt, who has name recognition and is so well-known in political circles?”

No one publicly appeared up for the challenge. At the end of candidate filing, candidates for mayor included Holt, Neighbors and Smith. Admittedly, both Neighbors and Smith don’t have much hope for winning, but both have issues on their minds. Neighbors is canvassing neighborhoods and posting frequently on social media in her grassroots campaign. Smith is not campaigning.

The candidate OKC voters choose will earn a four-year term as the leader of the nine-member nonpartisan council and work with the long-established city manager form of government. The job pays $24,000 a year.

In most major cities, fewer voters turn out to cast ballots for mayor when compared to congressional or state elections. For instance, four years ago in OKC, 11.6 percent of eligible voters cast ballots in the mayoral contest against incumbent Cornett and council member Shadid. The mayor’s race of 2014 looked a lot different from today with increased media attention, public forums, advertisements, mailers and yard signs. This year’s contest lacks those election basics. 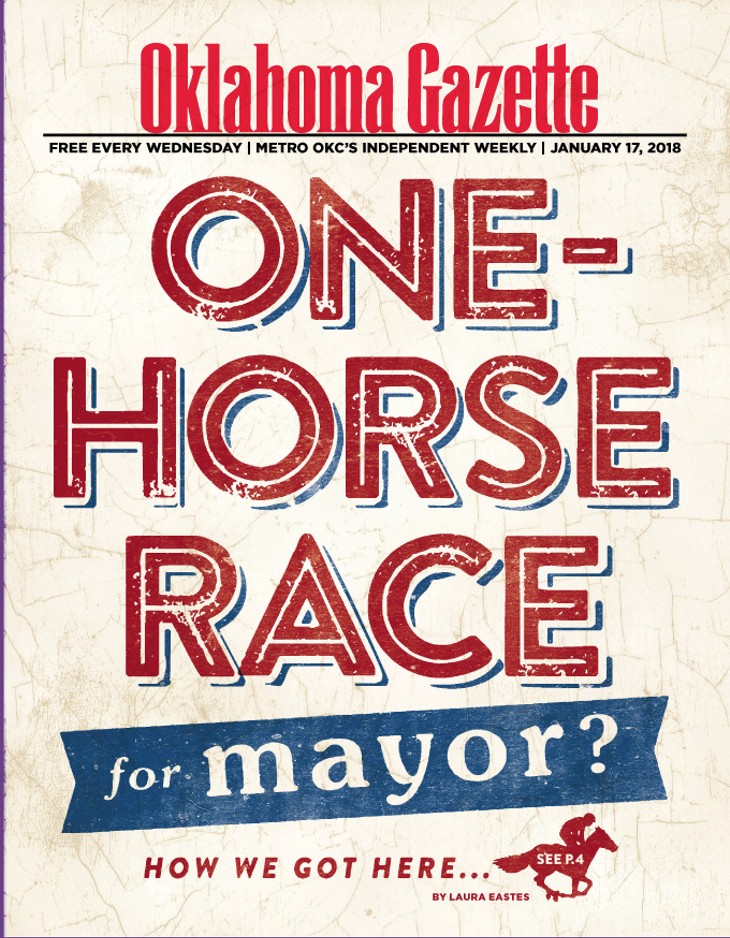 What the 2014 race had that 2018 does not is contention. Shadid’s run at the mayoral seat included questioning the MAPS 3 convention center project, which was part of Cornett’s MAPS 3 initiative, passed by voters under his watch as mayor in 2009. These days, the conversation isn’t so much about MAPS 3 but what the future holds for the MAPS program. At the same time, OKC is sitting pretty with voters recently passing a tax increase to invest billions into the city’s infrastructure and public safety positions. In recent years, decisions by the eight council members and mayor have largely been in agreement.

“I think there is a general satisfaction with the direction the city is going,” Davenport said. “You don’t see that contention around the council that maybe in previous decades you’ve seen or in other forms of government like the state Legislature or Congress.”

Another reason for limited voter engagement and ultimately low turnout at the polls is that the mayor and the city council are nonpartisan elected officials. In partisan systems, there are local party workers to remind and bring citizens to the polls. Brett Sharp, professor of political science and public administration at the University of Central Oklahoma, said the nonpartisan election system — adopted in OKC and other American cities — was a reform initiative to come from the 20th century Progressive Era movement.

“What you don’t see in nonpartisan races is partisan institutions —political parties — behind candidates, either recruiting them or advocating to get the voter turnout,” Sharp said. “One of the other things the Progressives did was separate the nonpartisan elections from the regular partisan elections. These elections occur at off times by design.”

For many Oklahoma City voters, the Feb. 13 ballot will only include the mayoral race. Some voters will see nonpartisan school board races. In other words, there is not much of a draw, all three experts said.

Should the Feb. 13 ballot attract few voters, those seeking to launch an initiative petition in OKC could consider it a win. Under municipal law, a citizen-generated ballot question is required to gain legally sufficient signatures that are equal to or greater than 25 percent of the number of votes cast in the previous mayoral election. Over the past four years, 11,991 signatures were required. Last fall, grassroots movement Save OKC Schools collected signatures to bring a temporary city income tax to benefit teacher pay. The movement, led by Shadid, fell short of the threshold.

An integral part of the political process — whether local, state or federal — is the public debate around issues in the months, weeks and days before an election, Sharp said. Elections can keep elected officials engaged and accountable, which can be a benefit for constituents.

“I do miss having some competition,” Sharp said. “I think it’s good for the community to have a contest of ideas in the open public marketplace. It is healthy for a community. We don’t have that.”

An example of healthy public debate around issues is the fictional comedy televisions series The Mayor, Sharp said. In the ABC show, a hip-hop artist runs for mayor to promote his career, but after a public debate on key issues, the community support behind his campaign swells and the artist is elected as their next mayor.

“The way our race here, in contrast to the fictional one, doesn’t have any public forums,” Sharp said. “That’s a little disturbing.”

Print headline: Showdown? Not really. Oklahoma City’s mayoral race is quiet with three candidates seeking the seat — but why?