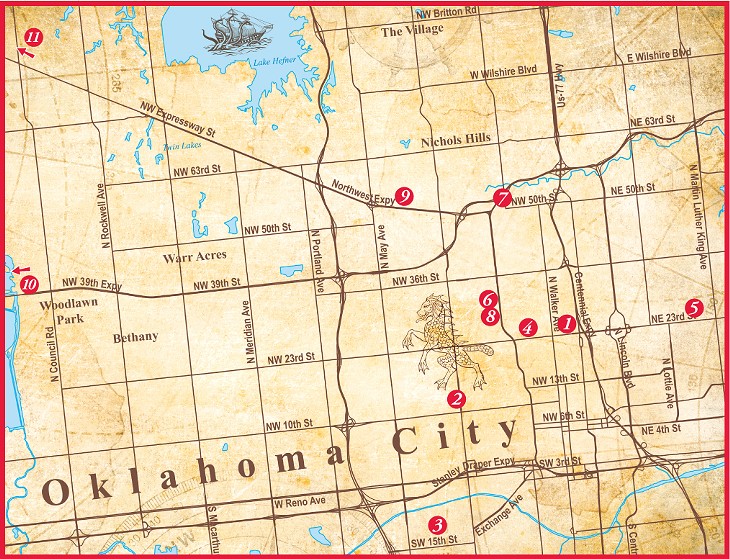 The price for entry into Oklahoma City society is nothing. You want to live here, be one of us?

This place was such a pit for so long that we’re frankly flattered that you want to join our dysfunctional little hamlet. Buy a Thunder shirt. Complain about the roads and the liquor laws.

But if you want to further ingratiate yourself into the life of Oklahoma City, there are a few culinary rites of passage in which you ought to take part.

We have treasures, you see.

Wherever you came from and wherever you go, we’d like you to remember your time here fondly with our greatest gifts: some really tasty food.

Oh, sure, there’s that famous Oklahoma City hospitality, but who comes to visit a place because the people are nice? We’ve been talking about how rude everyone in France is for a century, and people are still flying over every day to eat cheese and look at a tower.

If we want to keep this ramshackle operation going, we need to enrich our standing as a destination. We’re too young to have culture and too poor to build anything really cool. But Oklahoma City has been making stick-to-your-ribs delicacies for a long time.

Get out your map and your whip and get ready to dig for the Lost Treasure of Oklahoma City’s Restaurants. 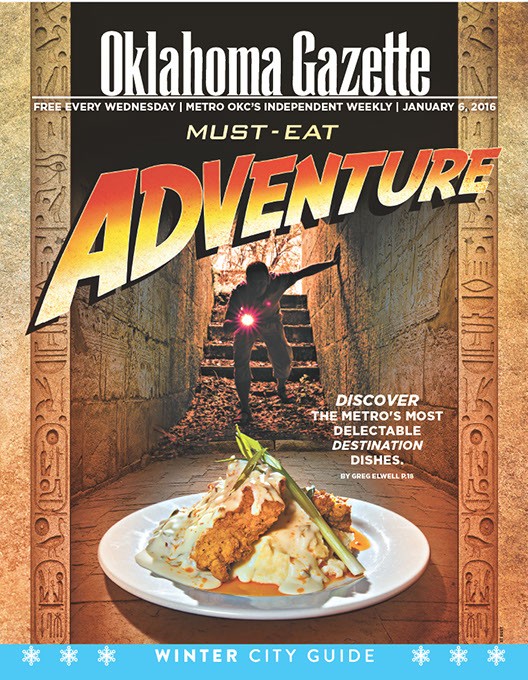 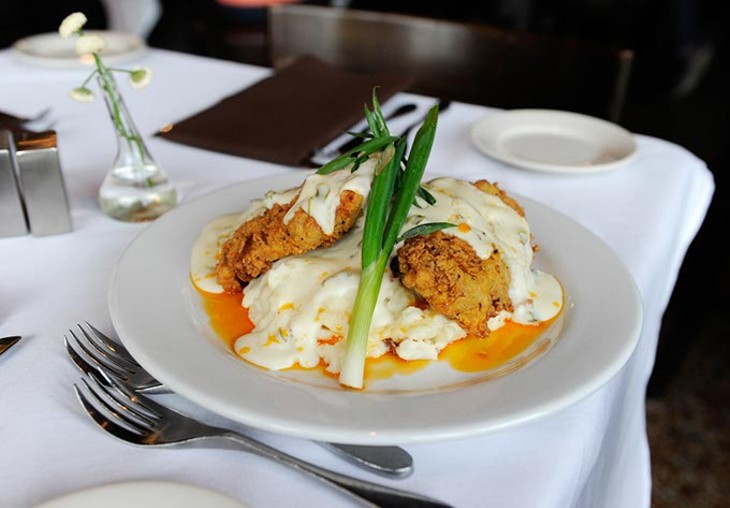 When asked the most essential dish in all of OKC, the local Twitterati came together with one voice and proclaimed that the chicken-fried steak with jalapeño gravy from Cheever’s Cafe was their go-to dish for visitors. A home-style classic made by one of the best restaurants in the city, it’s one everyone will talk about. 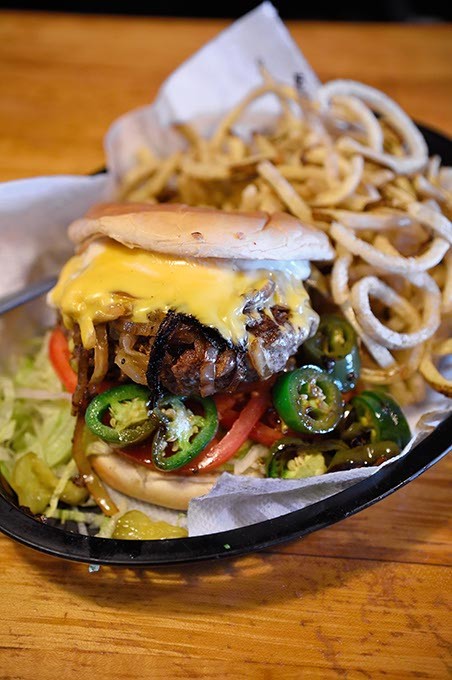 Oklahoma City has no shortage of great hamburgers, but no place is quite so beloved as Nic’s Grill. With just a counter and a couple of tables, it’s not strange to see a line extending out the door, no matter the weather. Bring cash and an appetite because you’re about to get fed one of the best burgers on earth. 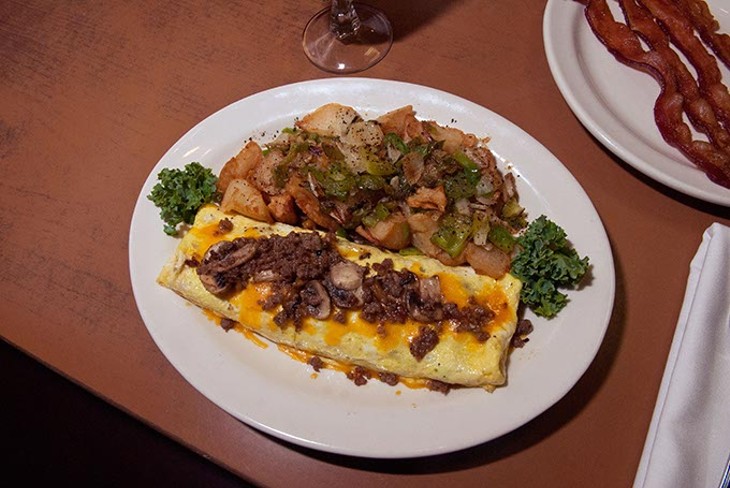 You can get a good steak at Cattlemen’s, but this long-lived restaurant made the list because of its bountiful breakfast in a quintessentially Oklahoman locale: Stockyards City. Hopefully, the smell of cattle will fade by the time you tuck into a plate of biscuits and gravy, perfectly cooked bacon and a strong cup of joe.

You’ve never had pho before?

Welcome to Oklahoma City, where everybody acts like they’ve been eating this Vietnamese beef noodle soup forever, but really, we all got hip to it eight years ago. Forget about how trendy it might seem — this soup is delicious in the depths of winter and the dog days of summer. The No. 14 is pho tai gau (fuh tie gow): a big bowl (even if you order a small) of steaming-hot spiced beef broth, rice noodles, onions, rare steak and fatty brisket. You can dress it however you like, but many will pour Sriracha in there until the whole mess turns red. The restaurant only takes cash, but there’s an ATM inside in case you forget.

Before food trucks became popular, there was Bobo’s. Over the years, the legend has grown unwieldy, but the appeal remains the same. Open on weekends from evenings until early mornings, the massive red beast serves up deep-fried chicken wings drenched in honey. Crispy, salty, sweet and chewy — they’re good no matter your level of inebriation. As induction rituals go, lining up for a late-night Bobo’s run is a good way to cement your place as an insider.

There’s a reason there’s a line. Brunch is a madhouse at this well-loved Guatemalan eatery, and honestly, it’s hard to order wrong. Front to back, its menu is filled with excellent choices. But everyone ought to try the motuleños for the sheer simplicity and extravagance of the dish. A stack of corn tortillas and black beans topped with eggs, ranchero sauce, avocado slices and cheese crumbles, it’s a dish that’s laid out like a work of art — until you destroy it with your mouth.

You could make a Lunchbox at home if you really wanted to, but that defeats the purpose. Edna’s signature includes a shot of amaretto inside a frosty mug of Coors Light topped off with fresh orange juice, but that’s only part of the draw of this Oklahoma City institution. It’s also a heck of a party bar. If you’re ready for a night of rowdy fun with an eclectic mix of locals, Edna’s should definitely be on your itinerary. 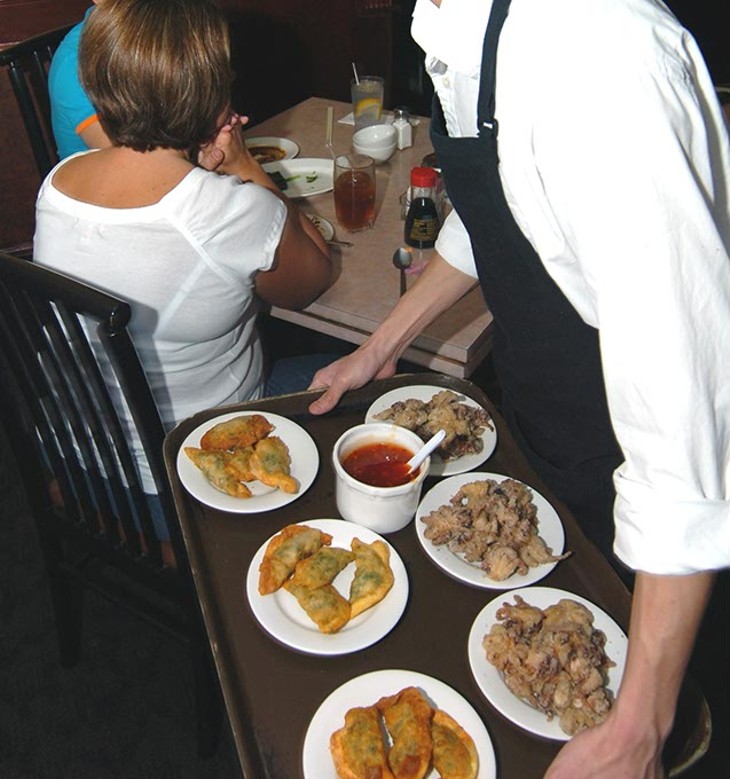 Dim sum isn’t especially Oklahoman, but it should be — that might be behind the perennial popularity of Grand House Asian Bistro’s dim sum brunch on the weekends. It’s a buffet that comes to you. Servers push carts filled with dumplings, noodles, stuffed buns and chicken feet, and if you take a plate, they’ll mark it on your receipt. Your eyes will undoubtedly be bigger than your stomach, but that’s part of the fun.

Junior’s was the site of some old-school debauchery from back before the savings and loan banks crashed in the 1980s. And while fewer people are drinking champagne out of women’s shoes these days, it’s still a swanky spot to enjoy a taste of yesteryear. Steaks might take up most of the menu, but the item you really want is the tableside Caesar salad. Your server wheels out a cart and whips up a sauce with fresh lemons, anchovies, olive oil and Parmesan cheese before tossing together fresh romaine leaves. It’s a show that’s as tasty as it is fun to watch. 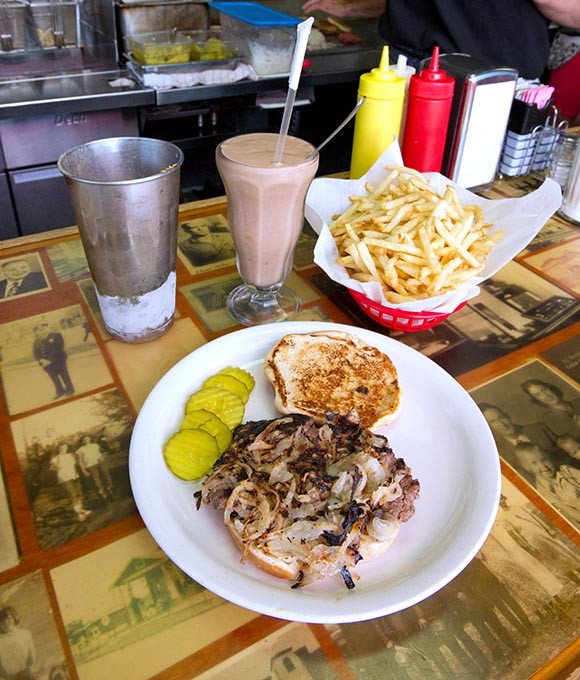 There aren’t many dishes Oklahoma can claim as our own, but it’s worth a drive west to El Reno to try the semi-famous onion burgers. You can find an onion burger closer to home, of course, but nowhere makes it quite as well as Sid’s. It’s a pretty simple recipe: a searing-hot griddle, a heap of thinly sliced onions, a seasoned beef patty smashed into it, flipped and served on a white bun. Originally created to help stretch meat during the Great Depression, this delicacy marries the sweet taste of grilled onions with the umami richness of beef. 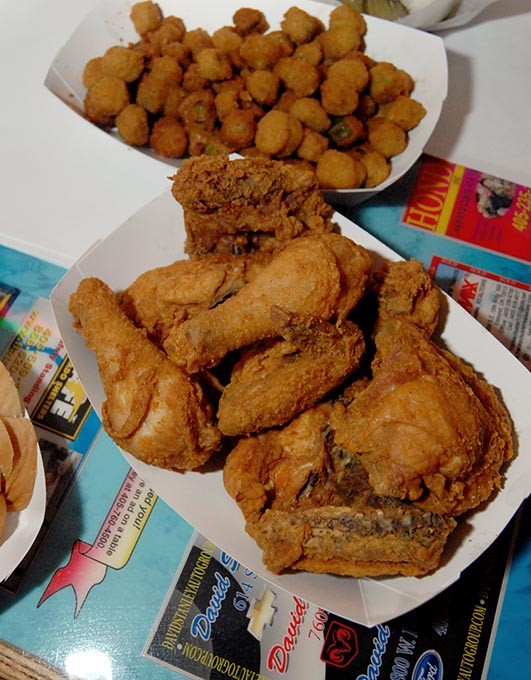 You really have no choice but to go to Okarche for some fried chicken at Eischen’s Bar. And you can forget about a breast-and-wing meal deal like you might get at fast-food fried chicken joints. At Eischen’s, you buy by the chicken. Some might argue that there’s better fried chicken to be had, and maybe there is, but it’s still a required stop on your Oklahoma City culinary education tour. Bring cash and be prepared to swoop in on a dirty table when people leave — it gets busy.