But Tabish said the project’s inspiration was located firmly in Oklahoma.

If talking about music were easy, all conversations would begin and end with Adam Sandler’s wedding singer as the template: “I just want to warn you. When I wrote this song, I was listening to The Cure a lot.”

The scene points out in humorously profane fashion the derivative nature of so much music to which we are subjected as fans.

How do you talk about a band or song that doesn’t sound like something else?

Somewhere between the too-easy criticisms of Nickelback’s awful stripper anthems and the hype surrounding the “next big thing” known only to fans who pride themselves on obscurantism lies a way to talk about music that does not always lead to simple analogies like, “Band x reminds me of band y.”

This is not to say the task is easy; we tend to think in analogies, so it is a natural reflex to reach for the comparison.

Other Lives defies the tendency to reach for a simple analogy. The band — formerly based in Stillwater — has completed work on Rituals, its third full-length project, scheduled to drop May 5, and Jesse Tabish, frontman and songwriter, promises something very different from Tamer Animals.

“The sound of Rituals still retains the cinematic qualities that people associate with the band,” Tabish said, “but if you’re expecting Tamer Animals, you will be disappointed.”

Tamer Animals, the band’s second studio project released in 2011, was followed by a tour opening for Radiohead in 2012, which garnered international attention for Tabish and his bandmates, Jonathon Mooney and Josh Onstott.

Radiohead’s Thom Yorke released a remix of the title track, so it would be easy to label the band as post- Radiohead, as has happened to dozens of bands whose sounds were difficult to categorize: Muse, Keane, early Coldplay and many others. 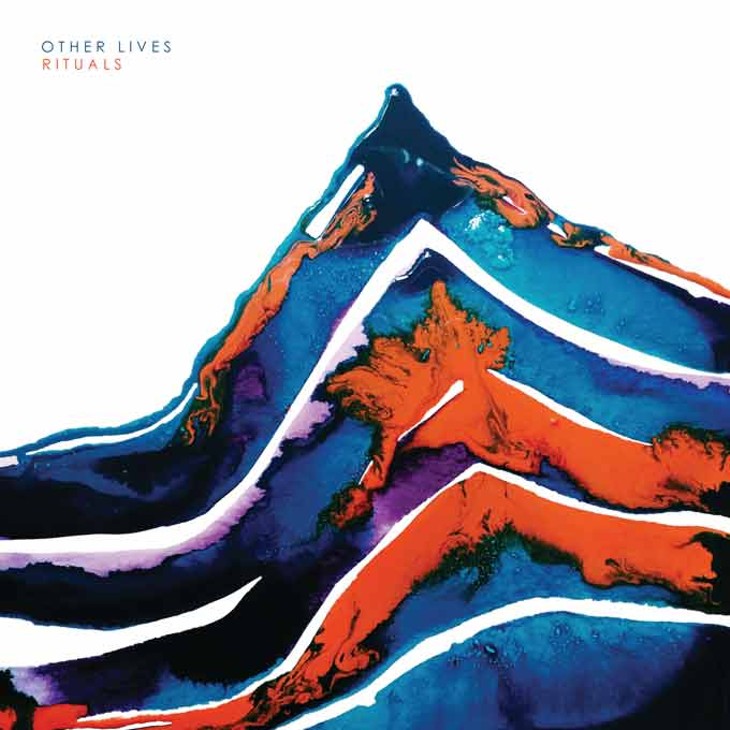 But Tabish said the project’s inspiration was located firmly in Oklahoma.

“It was definitely about Oklahoma,” Tabish said. “When you grow up in a place, you are not really aware of it as a distinct place, but when you are older and step back, you see how the place — the landscape, the location, all of it — contributes to your work as an artist. I was living and writing in and about Oklahoma.”

Rituals emerged from the band’s transition to the West Coast. Recorded in Portland and Los Angeles, Rituals is — according to Tabish — grounded “in the ordinary practices of humans.”

“Just as I couldn’t duplicate Tamer Animals because the writing happened when I was in Oklahoma, I couldn’t duplicate Rituals either,” Tabish said. “The change and spontaneity we were experiencing during the move to the West Coast provided the material for the songwriting. The songs were themselves rituals, and we were focused on very domestic things, but at the same time, we focused on a higher way of thinking about them, a way to make the small things big and meaningful.”

“Reconfiguration,” the first single from Rituals, was released in February and is available on streaming services like Spotify.

The song clearly marks a different sound for the band, if that can be qualified with the reality that it still sounds like Other Lives. The layers of sound based on diverse instrumentation are still there, as is the atmospheric feel to the band’s music. Although it’s too small to call it orchestral, the composition certainly lends itself to orchestral arrangements.

Again, it defies categorization, which seems to be the band’s signature.

“Genre?” Tabish said. “That’s the question, isn’t it? It’s hard for anyone to define what they do, I think. We’ve been called lots of things, like New Wave Orchestra, experimental, traditional. There are clearly classical leanings, too, but really, we just love a good tune.”

If there is a philosophy behind the songwriting, Tabish describes it as “writing music for a certain time.”

In that sense, time also means place because he is serious about writing that reflects the context in which the band finds itself. Stillwater was that first context.

The university town is a musical anomaly, it seems. A town that exists almost exclusively for the purpose of supporting a state university an hour from a major city becomes fertile ground for some of the state’s most interesting bands. How does that happen? How does Stillwater produce Other Lives, Deerpeople, Colourmusic and, yes, if you like mainstream rock, Taddy Porter? Jordan Bayhylle, Deerpeople’s drummer, is a Stillwater native, and his musical memory includes the years when Other Lives was called Kunek, a name under which it only released one project. Half of Deerpeople is from Texas, and the other half is from Oklahoma. They joined forces in Stillwater.

“I think that boredom is one of the motivating factors toward creativity in Stillwater,” Bayhylle said. “The town is geared toward college life, and if you don’t like sports or don’t participate in college life, there is little to do.”

“I didn’t particularly like the Stillwater music scene,” he said. “I was listening to Radiohead, Sigur Rós, metal and other things that we didn’t hear in Stillwater. Mike’s was the only place to play, and it was a place to meet like- minded people.”

Tabish said one advantage to being in a college town is that young people are discovering the kind of music they like and the eagerness of youth is easily transferred to helping get the word out.

“You get new blood every four years, too,” he said.

In other words, youth can help change or create a music scene.

“Playing live at Mike’s was import- ant in our development,” he said. “Not only did we have a bit of that youthful eagerness, we were able to explore and even fuck up a little. It helped us discover what we were made of.”

Practice at Mike’s also got the band ready for the reality of what it takes to make it as an independent band: touring. Over the past several years, Other Lives has toured with Bon Iver, The Rosebuds, Delta Spirit, Bat for Lashes and many other bands in addition to Radiohead. But ask Tabish who had the most profound impact on him, and the answer is a bit of a surprise.

“Early on in the Other Lives phase, we toured with Elvis Perkins,” Tabish said. “He was such a natural on stage, and at the same time, he was genuine and kind, a great performer with great artistic skill.”

Perkins is the son of actor Anthony Perkins, who died of AIDS in 1992, and his mother died in the plane that hit the North Tower on 9/11. His story is both complicated and tragic, but he has remained a unique artistic talent, fusing classical, country, acoustic and other influences. He is, in a word, complex.

It is fitting that Tabish takes him as an icon. 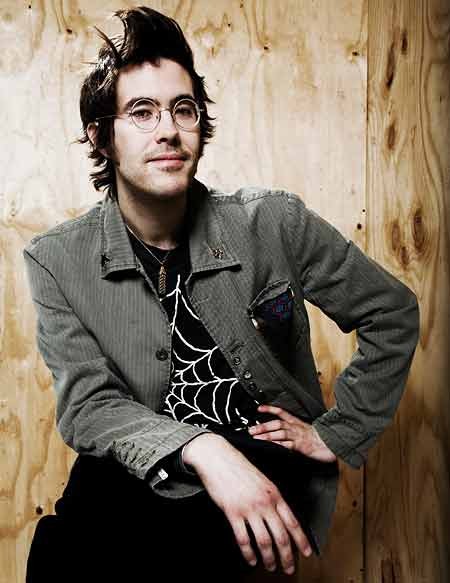 Unique is one of those words we apply far too often when trying to describe what we can’t quite find the words for. It might be that we simply do not possess a technical vocabulary of the sort that would contain the words we need or that we are dealing with a truly one-of-a-kind phenomenon.

Elvis Perkins is certainly the latter, and his commitment to writing smart, complex songs is another way that Tabish has followed after his icon, even admitting that he hopes to rise “to that level of artistic performer.”

The effortlessness with which Perkins commands the stage comes from a sense of identity and place, a self- satisfaction with a craft that Tabish tries to emulate as he crafts songs.

That love also translates to a kindness, the same type that Perkins showed the young Other Lives, and Tabish said the band has been lucky with its touring partners.

“There is more kindness than you would think in an industry that is very competitive,” he said. “Most every band we toured with, we have become pals with. I think that’s partly because the music-playing field has been somewhat leveled; there is still competition but also a lot of support and encouragement.”

Part of the leveling, according to Tabish, comes from the proliferation of technology that makes it possible for anyone to produce quality music — produce in the technical sense, that is.

“Pro Tools, cameras and video technology make it possible for many people to become artists who would have been locked out before these technologies,” Tabish said. “Music used to be something that the common person had no ability to make, and I’m a common man, so I think the technology and the resultant leveling are wonderful.”

As the band prepares for its European tour in advance of the Rituals release, Tabish reflected on touring and said he still likes the small venues.

“We have played Thai restaurants, Mexican restaurants, even a crêperie on the West Coast,” he said. “We like the little towns and little venues; they make it possible to feel like a local band still because they have that personable, local vibe.”

The band’s trajectory likely means there will be fewer and fewer Thai restaurants in its future, and the songwriting on the new project is directed toward the realities of change and moving on. 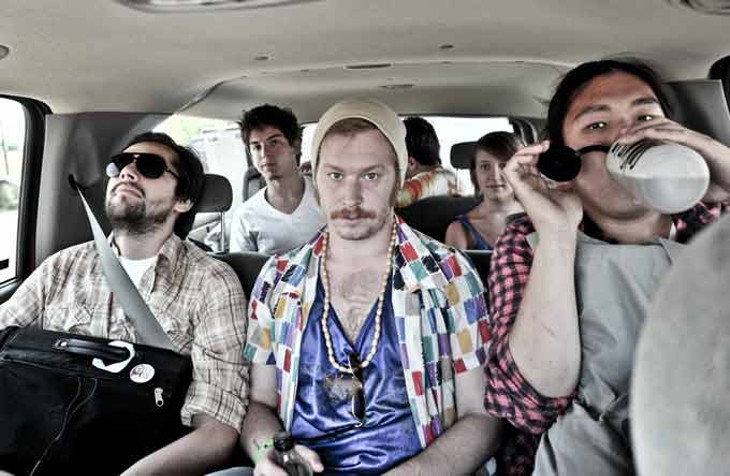 “The challenge for Rituals was to write in such a way that we resisted the temptation to come back home — metaphorically — to return to the peacefulness of home,” he said. “The songwriting reflects not the peacefulness but the change.”

Thematically, that is certainly appropriate. The band no longer has a presence in Stillwater, the town that formed them, and only one of Tabish’s family members, an uncle, remains in Oklahoma.

The studio it once shared with Colourmusic is no longer its workplace, and Tabish describes the transition as sad, but it is likely inevitable given the group’s growing profile in the music world.

The European tour starts in April. Other Lives will be gone for a month, and then the band returns to the U.S. for a national tour.

The good news is that this band that once called Stillwater home will return to its home state on June 13, when it plays at Cain’s Ballroom in Tulsa (cainsballroom.com).

The new project will have been out for a month by then, and we will know exactly how the move, the change and the transition have affected Other Lives as songwriters and musicians, even if we still won’t be able to say exactly what kind of music it is — except maybe good tunes.

Print headline: Other music, Jesse Tabish and his bandmates prepare to take on the world with their new album that is hard to define yet easy to love.