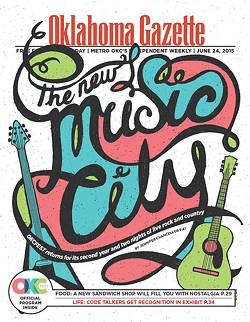 A quick phone interview with Nebraska-born singer-songwriter Lucas Hoge developed into a real conversation on his love of homecomings recently as he chatted with Oklahoma Gazette about his return to OKCFEST.

“I played last year, too,” he said. “It was amazing, especially for a first-year event. It sold out every night.”

His sister also lives in Oklahoma City, and he’s friends with event founder Fred Hall and his wife, Karen.

“This is my old stomping grounds,” he said. “It’s amazing what you have downtown; it’s beautiful, and it has the infrastructure to present a festival like this.”

Hoge said he’ll play a few old songs and a lot of new, such as “Halabamalujah” and his latest single, “The Power of Garth.”

Now, y’all know what that second one is about.

And yes, he’s a big fan of the Tulsa-born, Yukon-raised musician. Hoge said the tune is a poignant tribute to the impact the country star had on Hoge’s own career, but he didn’t say much more except that he wants fans to hear it live during his Saturday set. 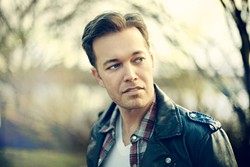 Organizers expect this year’s festival attendance to top 30,000 as music fans converge at the intersection of Reno and Harvey avenues near Myriad Botanical Gardens. That’s a 50 percent increase over its inaugural year. Day and weekend passes are still available, but VIP tickets are sold out.

In 2014, Hall launched his concept a full year ahead of schedule after Mayor Mick Cornett, Downtown OKC Inc., Greater Oklahoma City Chamber and other city and business leaders rallied behind it. He sounded cocky — and he was — especially as he proclaimed, “We serve the Van Hagar era better than Alex Van Halen.”

If you haven’t followed the decades-long rolling battle between Van Halen (with frontman David Lee Roth) and Van Hagar, it is epic. But it’s also a fight largely perpetuated among fans.

Hagar mischievously stoked that fire before moving on to add context.

In 2010, he formed Jason Bonham’s Led Zeppelin Experience as a live homage to his father and toured the globe. By all accounts, he is fit to fill the role.

“Oh, that’s easy,” he explained. “We wanted to be the American Led Zeppelin … The original drummer was a Bonham freak.”

The first time Hagar truly connected with the junior Bonham (now age 48) was at a festival show near where Bonham lives in Miami, Florida, in 2013.

“He came down to see us and was sitting on the side of the stage,” Hagar said. “So I just walked over and gave him a hug and he joined us on stage.”

They played together for 45 minutes.

“It was so good,” he said. “Michael Anthony was there, and it became our first gig, too.”

Hagar has been around long enough that his career has come full circle back to his roots, hence The Circle’s name.

With almost 50 years in the music business, Hagar doesn’t tour for the money. He diversified his portfolio, so to speak, with his branded Cabo Wabo Tequila and associated eateries and Sammy’s Beach Bar Rum.

“I play because I want to,” he said. “And I’m excited every time I step on stage.”

Even if it’s on an eclectic festival bill with OKCFEST performers such as Potter, Hoge and Williams Jr.

“I’ll put ’em all in the hospital with this set list,” he said, referencing his most recent festival gig show, where The Circle found itself wedged between Korn and Marilyn Manson. “We bust into ‘Whole Lotta Love’ and we have everyone’s attention. All ages, all demographics, all music fans, they yell ‘Mas Tequila!’” 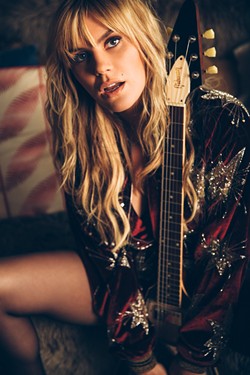 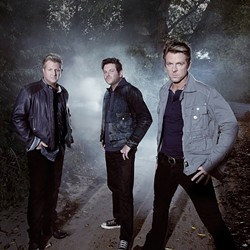 Print headline: Downtown sounds, Sammy Hagar, Lucas Hoge and their friends are in town to throw down at OKCFEST.