We’ve made our list and checked it twice so you don’t have to. 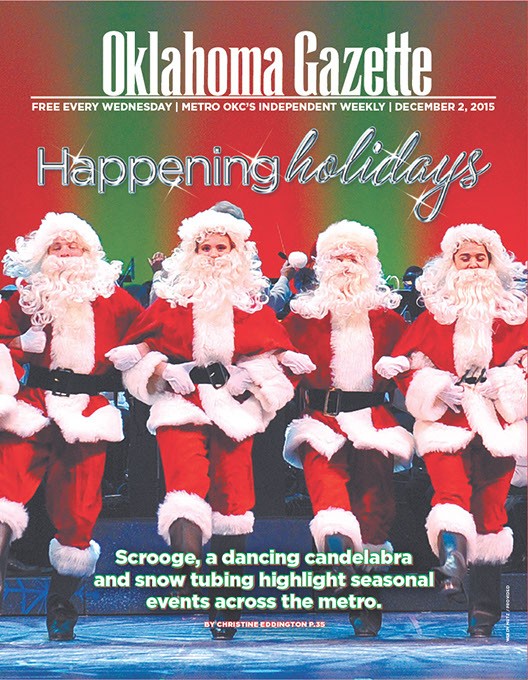 It’s December in Oklahoma City, and that means ’tis the season to get out there and holly your jolly and enjoy local performing arts offerings and seasonal events that dot the calendar like sugarplums in a pudding.

Whether you prefer a beautiful, lilting production of The Nutcracker, a toe-tapping A Territorial Christmas Carol or free beer and a Neil Diamond tribute band, this guide will steer you from Guthrie to downtown OKC and everywhere in between. We’ve made our list and checked it twice so you don’t have to.

Get Scrooged for the holidays — again! — as Lyric Theatre of Oklahoma brings this classic to life for its fifth consecutive year.

Expect special, magical elements, such as a ghost gliding above the audience’s heads, a flurry of snow and special guest and Oklahoma City University professor of music Marilyn Govich as the Ghost of Christmas Present, in this year’s production.

“No holiday season would be complete without our spectacular production of A Christmas Carol,” said Lyric Theatre artistic director Michael Baron. “This heartwarming and beautiful production will make your family and friends’ holiday seasons extra special.”

Thanks to Herr Drosselmeyer and his gift of a colorful nutcracker, Clara, unable to contain herself, sneaks downstairs to play with her new toy and is swept into a magical fantasyland of giant mice, dancing snowflakes, toy soldiers and the Sugarplum Fairy herself.

“This year, in an ongoing effort to keep the production fresh, I’ve re-choreographed the grand pas de deux and the Russian babka dances in the second act, and both have colorful new costumes,” said Robert Mills, Oklahoma City Ballet’s artistic director.

Whether you’ve never seen The Nutcracker or you’ve seen it a dozen times, this show surprises and delights.

All of the sights and sounds of the season come together in a musical romp during Oklahoma City Philharmonic’s holiday extravaganza. Billed as OKC’s original Christmas show, The Christmas Show promises to delight audiences with fresh interpretations of holiday favorites celebrated through music, song and dance for over two decades.

A Territorial Christmas Carol is an original production of The Pollard Theatre that plays to sold-out crowds each year, and 2015 marks its 28th

anniversary. It’s an adapted version of the Dickens classic created by Oklahoma playwright Stephen P. Scott and set in the days of the Oklahoma Land Run.

Various times and locations in downtown through December

Oklahoma City is packed with fun, thanks to Downtown OKC Inc. and this monthlong celebration. There’s the Snow Tubing Winter Festival, Dog Day in December, skating at Devon Ice Rink, free holiday water taxi rides and so much more.

Many of the activities are free to attend or reasonably priced, making them perfect for the whole gang to enjoy. See the full schedule at downtownindecember.com.

Beauty and the Beast

Lovers of Lumiere, rejoice! Everyone’s favorite dancing candelabra, his cranky beast of an owner and the lovely hostage-turned-bride Belle are in town for two days as part of a whirlwind tour around the country.

Venues throughout downtown showcase performers of every ilk, and the whole thing is yours to enjoy with the purchase of a wristband. A children’s area will be located inside Civic Center Music Hall, and this year’s finale will be made even more fun with the addition of food trucks.

In derivative news, Diamond himself is a fan of Super Diamond, having appeared with the act twice onstage and complimented it at least twice on live television. 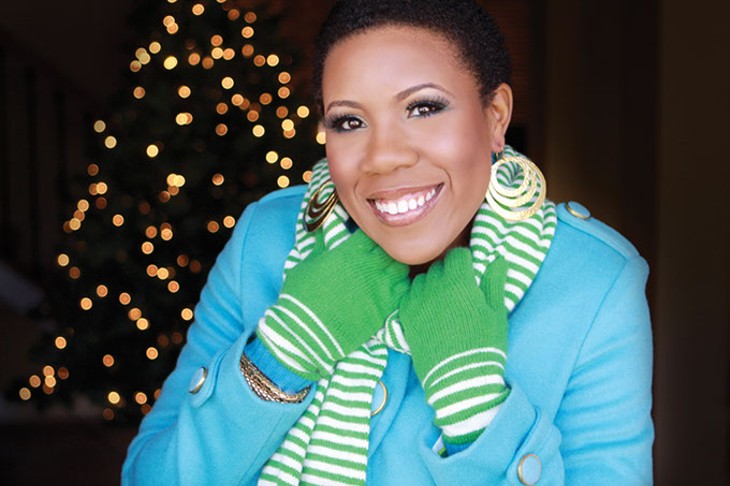 Doolittle, of American Idol fame, is in town for one show and one show only. She took third place on the show’s sixth season and has performed at the Rock and Rock Hall of Fame, the White House and Carnegie Hall. She was a featured performer at the 2015 Boston Pops Fourth of July Spectacular. All of this is made more impressive by the fact that Doolittle said she was tone deaf as a child and was encouraged not to sing in elementary school.

American Spirit Home for the Holidays