by Kory B. Oswald and Ray Cavanaugh 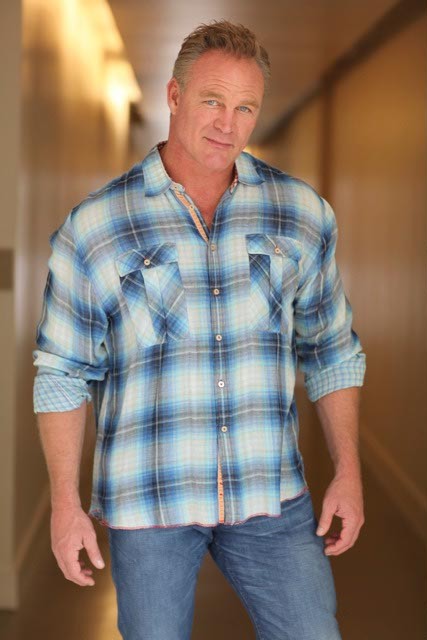 The name Brian Bosworth evokes images of a swaggering young jock without a care in the world. For some, it might be hard to believe, but The Boz — just like the rest of humanity — has to age. In fact, he turned 50 on March 9.

He was born in Oklahoma City but moved to Irving, Texas. There, he played football at MacArthur High School before heading back home to the University of Oklahoma (OU), where, liberated from his father’s overbearing personality, he indulged his alter-ego, The Boz, a 6-foot-2-inch, 248-pound muscle-bound, life-loving monster with a funky haircut.

“When I first got to college, I was a little rebellious. For the first time, I was far enough away from my father’s influence and his demands,” Bosworth said in a recent phone interview with Oklahoma Gazette. “The haircut was kind of an organic thing that just evolved over time. The color on top came as an accident that I got at the very end of the season of … ’84, when we were going to the Orange Bowl to play Washington … From there, it ended up becoming a job.”

Of course, he also had to play football, which he did as a two-time All-American linebacker who helped lead the Sooners to a 1985 National Championship.

But as well as he tackled, his hijinks soon overshadowed his on-field prowess. A dramatic example of this was his infamous “National Communists Against Athletes” (NCAA) T-shirt, which he sported on the sidelines at the 1987 Orange Bowl, a game he was banned from playing because of a positive steroid test. This shirt incident caused head coach Barry Switzer to boot the star from the team.

“[About] that going down the way it did: At the time, it seemed like comical relief, but in retrospect … I realize it was more of a selfish act,” Bosworth said.

In his more youthful days, Bosworth found comfort in his shenanigans. Though he is more humble now, he said the haircut — among other things — gave him and his teammates a reprieve from the stress that was OU football.

“As fun as people think it is … it is extremely intense,” he said. “You don’t take them lightly … You’re not only carrying the moment of what you’re preparing for; you’re also carrying the worse-case scenarios and the weight of all the success of all the players that have played before. We have to honor that and carry that forward.”

In January, Bosworth was selected as one of 15 inductees in the 2015 class of the College Football Hall of Fame.

During 1987’s National Football League supplemental draft, Bosworth was taken in Round 1 by the Seattle Seahawks. He sent a “letter of disinterest” to the team. He wanted to play for the Los Angeles Raiders instead and said that the latter team’s antihero image best fit his personality.

But when the Seahawks offered him what was then an eye-popping 10-year, $11 million contract, he swallowed his discontent and hopped on board.

Bosworth had much to live up to on the field. Though his initial play was stellar, injuries held him back. In fact, after his abbreviated 1989 season, he couldn’t even do something most children can do: pass a physical.

Pierce Scranton Jr., who served as the Seahawks team physician from 1980 to 1997 and is a former president of the NFL Physicians Society, said Bosworth failed his physical because he “was a 25-year-old with the shoulders of a 60-year-old.”

Following this ratio, a 50-year-old Bosworth could easily have the shoulders of a 120-year-old.

Apparently, his shoulders haven’t been his only physical problem. Last year, Bosworth filed a lawsuit against the NFL, among others, claiming multiple game-related concussions caused long-term traumatic brain injury and symptoms including memory loss and headaches. (He was not part of the class-action lawsuit filed against the NFL by former players earlier this decade, which included over 4,500 former athletes.)

His ego has suffered trauma as well. “Bust” is often the first (and last) word applied to his truncated pro career. He was rated the sixth-worst sports flop by an ESPN “expert panel” and frequently appears on top-10 lists of NFL Draft busts. One might argue that this tag is unfair since his play was decent and it was injury, not incompetence, that took him off the field.

Despite his antics, Bosworth is a smart human being. Majoring in business, he graduated early from OU with a 3.3 GPA.

He showed his business acumen in his post-playing days, particularly while working in Malibu, California, for Sotheby’s International Realty. A company webpage reports that he and his real estate partner once completed more than $35 million in sales over an 18-month period.

He also had his own prime Malibu real estate: a 10,500-square-foot gated mansion with a giant pool and view of Paradise Cove Beach and the Pacific Ocean. The place was so sexy that it was used as a setting for the teen drama The O.C.

It was put on the market in 2007 for nearly $12 million, though it sold later for considerably less.

Real estate has not been Bosworth’s only business venture. These days, he’s a partner in an oil and gas company with a fellow OU alumnus in Houston. While he admits that it isn’t the best business to be in right now, he contends that it’s a cyclical market and prices will again increase and buoy states like Oklahoma that depend on the energy sector.

“Just have some faith and it will come back,” Bosworth said.

Faith is as abundant in Bosworth’s life as oilrigs are across the plains. He found Jesus in Chickasha on March 3, 2013.

Bosworth also is an actor with many movie titles to his credit, though it was not a profession he pursued of his own volition. His first film, 1991’s Stone Cold, was released just as his career with the NFL was coming to a disappointing halt, so his agent persuaded him to do action flicks.

“I went in kind of kicking and screaming because I wasn’t an actor,” he said. “I had only trained to be a football player or an athlete my entire life. So, I was just coming to grips with the finality of my career and the last thing I needed to do was … start a whole different profession. It was just a leap of faith.”

Twenty-four years later, Bosworth is still acting. Though some critics feel he is a stellar screen talent, his films aren’t blockbusters (and often don’t appear in theaters).

March 2013 saw the release of apocalyptic Christian film Revelation Road: The Beginning of the End, in which he plays the character Hawg, a troubled, bloodthirsty outlaw.

He said that his religious journey began during a six-week promotional tour, which hit 18 Oklahoma towns “from Altus to Ponca City.” After being invited to a Chickasha church to screen the movie, Bosworth came to accept Jesus as his savior.

He hadn’t attended church in 20 years.

“It’s not that I didn’t know about God and the relationship with Jesus; it’s just that I turned my back on that particular relationship and carried a feud — like many people do — for the better part of three decades,” he said. “When you have nothing left and you’ve tried everything your way, that’s usually when you give up and give in and you realize you are not almighty and you cannot do everything yourself and the only way you’re ever going to find true peace and happiness is to establish and maintain a rock-solid relationship with Jesus.”

His latest movie, Do You Believe?, is due to release March 20. 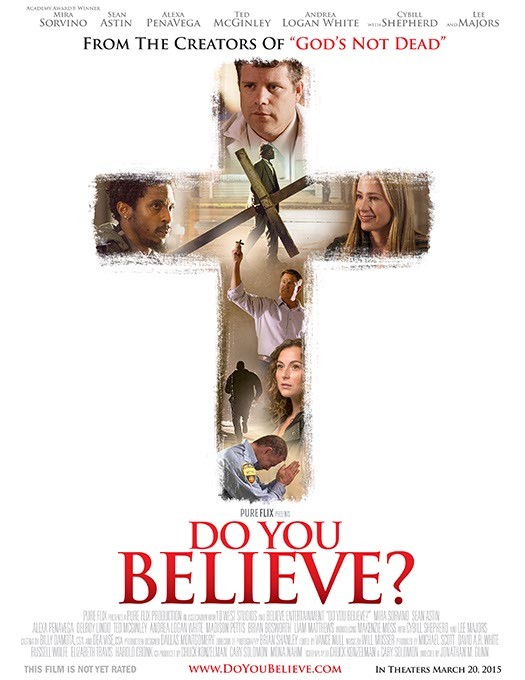 Given the opportunity, it seems that Bosworth would like nothing more than to talk about spirituality. He said there is a time in everyone’s life when desperation and hopelessness collide, leaving us helpless. That is the time when God steps in. Some, however, might argue that it is a time when The Boz steps in.

In July 2008, he was on vacation in Winnipeg, Canada, when a young woman’s SUV went off the road and flipped several times, landing in a ditch beneath the highway.

The first responders were using the jaws of life, but that wasn’t enough. They needed The Boz, who ran from his car into the life-and-death scene. With his added muscle, they were able to extricate the woman.

Maybe that shoulder is back to game shape after all.

“I’ll find myself pulling up at the particular moment when something goes down, and it happens to be at that particular time someone needs to do something,” he said. “Everybody would do the same thing; I just happen to be in that position — not alone every time, but you still have to come together … to save those that are in need or in danger or hurting.”

Bosworth embodies his belief of acting positively. But he said he doesn’t consider himself a hero for helping strangers in need. Rather, he is simply a servant.

Acting now takes up a lot of his time, as do speaking engagements and other ventures. And Bosworth’s exacting focus — the one that allowed him to become the college athlete we are familiar with — also centers on his family life.

His 16-year-old son Max plays basketball at Austin Westlake High School. Max recently gained prominent TV time courtesy of an October 2014 ESPN 30 for 30 documentary film, Brian and The Boz. Much of it features Max alongside his father inside a memorabilia-filled storage locker that once belonged to Bosworth’s father, Foster, now deceased.

“My primary focus is to make sure that [my son] gets through high school with all the tools he needs to be a successful man,” Bosworth said. “And my focus is to maintain a good, strong relationship with my wife and have a strong faith and belief in my savior, Jesus. And the things that happen from that are a blessing.” 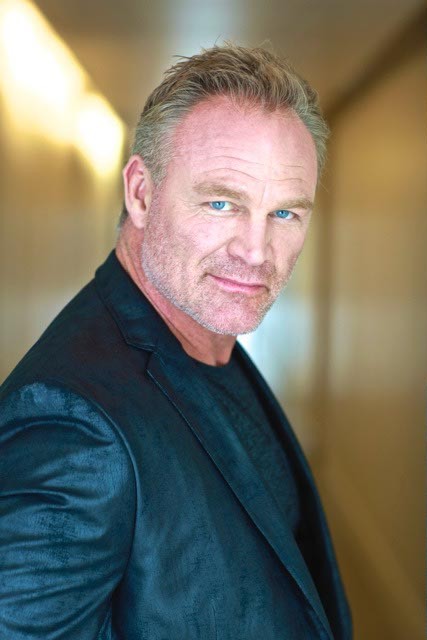 His 19-year-old daughter Hayley is now in college at the University of Oklahoma. She majors in International Studies and African Studies and spikes balls of a different sort on the Sooner volleyball team.

Bosworth also has two linebacker nephews. Kyle recorded 48 tackles and one interception while playing for the Jacksonville Jaguars and the Dallas Cowboys. He is currently a free agent. His twin brother, Korey, was signed as an undrafted free agent but never recorded any NFL game statistics. 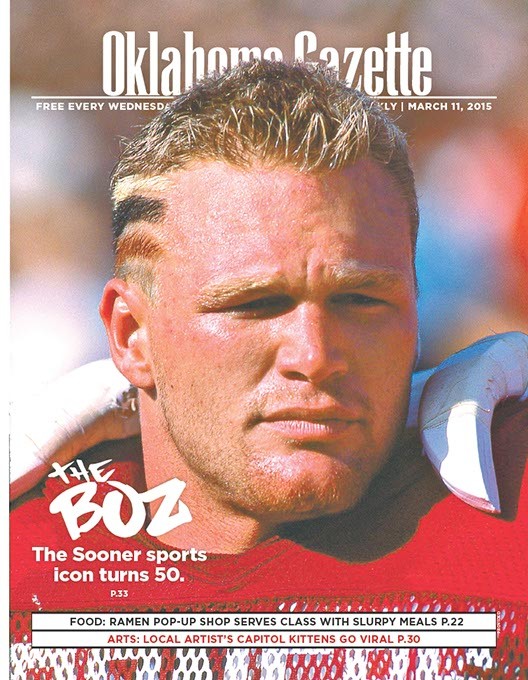 Print headline: Mr. Bosworth, After the fame and fortune, The Boz became an actor and a servant to the Lord.