With an overhauled school district, OKCPS leaders try to deal with issues arising early in the year. 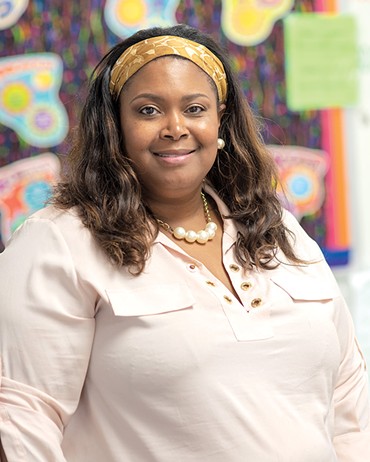 It has been almost two months since classes began for Oklahoma City Public Schools (OKCPS) under Pathway to Greatness, which made this academic year vastly different than previous years for all involved.

Pathway to Greatness, a consolidation plan meant to save money while improving district equity and performance, led to 15 schools being closed, with most of those buildings already repurposed for other uses. Additionally, grade bands were made more consistent, feeder patterns were altered and some schools reconfigured to serve different grade levels.

That means thousands of students and employees are attending different schools with different peers and different programs.

Last year, OKCPS Teacher of the Year Christina Kirk taught at Rogers Middle School, but she now teaches at Star Spencer Mid-High School because of Pathway to Greatness. While there have been some difficulties, Kirk said teachers and administrators work hard to make the changes as positive as possible.

“Everyone has gotten behind it and tried to make the best out of it because ultimately, everything is done through the eyes of what’s best for our kids, what’s going to be best for the population of Oklahoma City Public Schools,” she said. “The kids are getting along where they fit in. They really have just embraced it. It’s their new norm, and kids are so much more adaptable than adults are. … The kids are leading. They’re great examples of resilience.

“It was a lot for some people — the idea of changing so much at onetime — but it’s kind of like ripping a Band-Aid off. You do the shock, and then you fix it as you go. And we’ve had some great response from the district in terms of immediate responses to things that needed to be altered. So once we’re all coming together and we keep the fact that our kids and their education is the most important thing, everything else will figure itself out.”

Courtney Morton, OKCPS director of communications, said a media roundtable is planned for mid-October to provide an update, so they are currently not “doing any media” with superintendent Sean McDaniel related to Pathway to Greatness.

With so many changes to all district schools, issues have come up.

In early August, fights broke out at John Marshall Middle School, which resulted in an injured teacher. Two weeks into the school year, McDaniel replaced the school’s principal and, during a press conference to address the issue, said the school would have a “reboot” of the schedule due to overcrowded classes.

“I actually went over to John Marshall Middle School, and I spent hours over there,” Kirk said. “I was just letting the teachers know, ‘Hey, your Teacher of the Year supports you. Your Teacher of the Year cares about you, and if there’s anything that you need from me, then let me know.’ … The way that Pathway to Greatness is going to succeed is with all of us working together.” 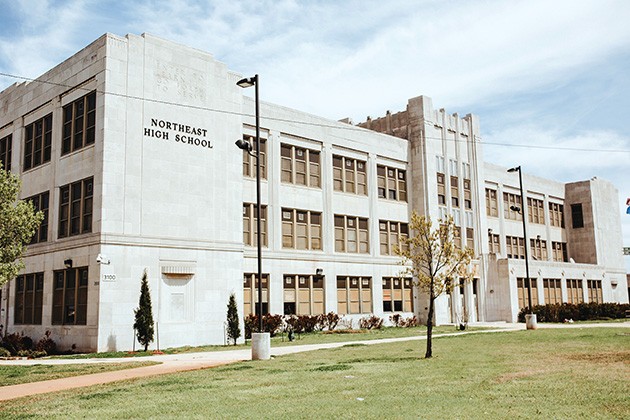 Kirk said Star Spencer has not had as many issues as other schools. However, since Pathway to Greatness altered school grade bands, Star Spencer remained the only mid-high left in the district. This creates timing issues when it comes to students that play middle school sports because Star Spencer students are on high school hours, so they are released an hour and a half before middle schools.

“For us, that’s probably been our biggest hiccup,” she said. “But even with the schools that had more hiccups than us, those hiccups were immediately addressed. It’s one of those things where you can do all the planning in the world and there’s always going to be something that didn’t get covered or something that got left out.”

But Steven D’Avis, a parent of two OKCPS students, refers to the plan as “Pathway to Destruction” because he feels it actually made schools worse. He doesn’t feel like the district has successfully solved many issues that arose at the beginning of the school year.

“My next door neighbors literally moved and sold their house because they knew that this was going to be such a disaster, and they were right. They moved up to Edmond,” D’Avis said. “We can’t do that. My family can’t afford to do that. … I would sell my house and move in a heartbeat.”

Both of D’Avis’s children have special learning needs, so he’s actually trying to find a private school that can better serve his daughter.

D’Avis said one of the biggest issues is the bus routes and lack of drivers. A Facebook page for OKCPS parents also reflects this, with several posts from parents about children missing classes due to a late or completely absent bus. D’Avis said his children didn’t make it to school on time for the first couple weeks.

“There were days that my junior high son was picked up at 11 or 12 o’clock to go to school, which started at 9 a.m.,” D’Avis said. “He had advisory first hour, so it wasn’t a big issue, but last week, they changed his schedule to where he had math the first hour. That becomes an issue because my son has learning disabilities in math and reading. … We’re a couple months in school, and he still isn’t getting any of the extra help he’s supposed to.”

“There’s a lot of problems. I don’t even know where to start. It’s just super frustrating.”
— Steven D’Avis tweet this

D’Avis has spoken with the transportation department, which now sends a bus to pick up his son before other students and make sure he makes it to class on time. While he appreciates the accommodation, he said that particular solution seems like a waste of resources.

D’Avis attended the various community meetings at which parents asked specifically about bus routes and said they were told the district would be prepared.

“They said that they had a plan,” he said. “We couldn’t see that part of the plan, but they said they had it handled. Now, last year, we knew they were short bus drivers, so busing that many kids, we didn’t see how they were going to fix it. … Mr. McDaniel said they had a plan, but that was a lie because they’re still short close to 40 bus drivers from what I understand. … I don’t feel like he listened to anything that we said. I don’t think he cared how we felt.”

Shortly before classes began Aug. 12, McDaniel updated media on the progress of Pathway to Greatness. He said they were still looking for special education teachers and bus drivers for the estimated 120 routes. 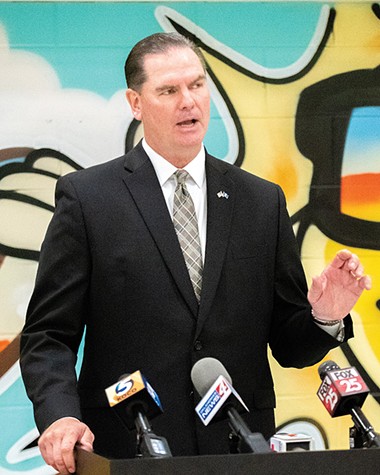 “There’s a lot of problems. I don’t even know where to start. It’s just super frustrating, and I’m trying to get my children what they need for the education that they’re supposed to be getting in a public school,” D’Avis said.

Because Pathway to Greatness overhauled the entire district and made many changes at once, D’Avis doesn’t see how they could fix all the issues efficiently.

“We asked them to do [Pathway to Greatness] on a smaller scale so that if there were problems, they could fix that. But because [McDaniel] didn’t do that, I don’t really know what they can do to fix this,” he said. “I don’t see any short-term repair for this because they did it on such a large scale. I mean, you can’t go back and open up schools and move half the kids. So what do you do? … Even if we get school board members voted out of office and put new members in, they still have to take a long time to fix this.”

Kirk maintained that it would take everybody working together to see the true benefits of Pathway to Greatness and said that, even then, it would take longer than a year.

“For parents, the No. 1 thing, I would say, is get involved; become a fixture at your child’s school. Every school, even middle school and high school, we still need parental support,” Kirk said. “We still need parents to come in and just show their face or mentor or assist teacher because there’s a lot that we could use that assistance for. So for those parents that are still concerned and may have some worries from things that they’ve seen on the news or the stories they may have seen on Facebook or things like that, get involved because there’s nothing like firsthand information. And if you’re there and you’re a part of it, then you know exactly what’s going on in your child’s school.”

Jace Kirk, District 7 board of education member, announced his resignation Sept. 9. Applications are being accepted for his position through Nov. 1. OKCPS officials will appoint a candidate to fill the vacancy by Dec. 8. That person will serve until an election in 2021. The winner of the election will serve until February 2022. 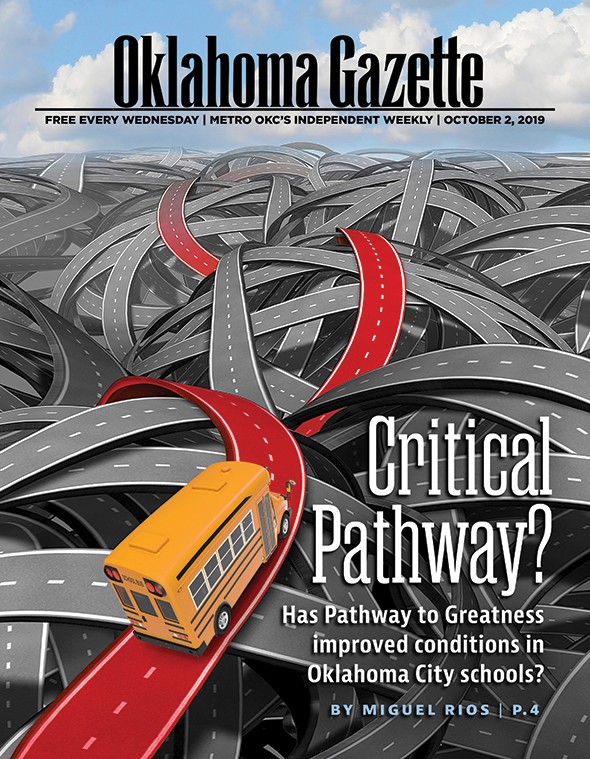