Cover: With two Plaza District shops closing and rents rising, it’s a good time to ask about the future 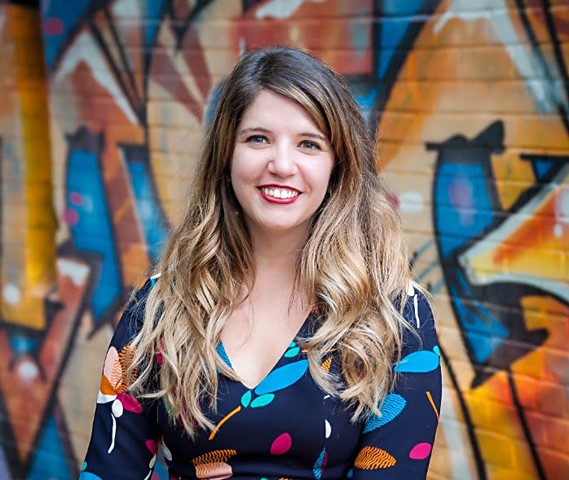 A decade ago, what started with DNA Galleries and Collected Thread settling in a charming little niche along NW 16th Street was followed with another wave of new businesses up the street, including Bad Granny’s Bazaar. This led to an avalanche of development with the crowds to support it. Now, as one of the city’s trendiest districts, 16th Street Plaza District offers boutiques, art galleries and eateries as well as $6 yoga classes, a naturopathic medicine office, a tattoo parlor and a professional theater company.

“It’s a place where people bring their family or their friends from out of town when they want to show off Oklahoma City,” said Amanda Martinez, owner of Dig It!, a boutique specializing in vintage and retro items located in the middle of the commercial district at 1739 NW 16th St. “It’s one of those places you are proud to take them. … Every restaurant here is amazing. You can’t go wrong. All the shops are local. It is very affordable.”

The Plaza District finds favor among locals and out-of-towners alike because of the neighborhood’s not-like-everywhere-else charm. Where else can one find a commercial district with all locally owned businesses? asked Cayla Lewis, the district’s director.

“Everyone here will tell you this place feels like home,” Lewis said. “These people are family. You walk into any of the restaurants or the retailers and it has that small-town vibe almost. There is no overarching corporate vibe. These people are building their businesses upon relationships.”

For a district that has prospered in ways its pioneers could have only dreamed of, the new year began with news that popular retailers Collected Thread and Tree & Leaf, at 1705A and 1705B NW 16th St., respectively, would close their doors in February. Lindsay Zodrow, owner of the handmade boutique Collected Thread, and Dusty Gilpin, owner of the screen-printed apparel shop Tree & Leaf, cited an increasingly difficult retail business environment and rent increases as the causes for their shops’ closures.

The upcoming closures of Collected Thread and Tree & Leaf raised eyebrows in the Plaza and sparked questions about the future of the district. To those who have followed urban arts districts around the county, it raised questions about whether OKC’s Plaza District would follow an age-old story: creative scene moves in, developers follow, gentrification ensues and the original settlers are forced out. Or could the Plaza District remain the dynamic and truly authentic culture scene that attracted the crowds to begin with?

With the waits for a table on a weekday night or the heavy foot traffic through the district during the holidays, it’s almost hard to believe that not that long ago, the goal of 16th Street Plaza District Association was to attract a crowd.

A once-a-month block party with live music, vendors and the shops staying open late was the key strategy for attracting new visitors and introducing them to the Plaza District. Live! on the Plaza, which began about a decade ago, achieved the association’s goal by building an audience that continued to come back.

“Getting people to the district is no longer an issue,” Lewis said. “The association started to build the district. The term ‘revitalization’ was thrown around a lot, and it was a big goal. I feel it is safe to say that the district has been revitalized.”

With regular crowds and building vacancy rates at their lowest levels, the Plaza district now faces different challenges and opportunities. Some of those challenges are out of the association’s control, like tenant rent and parking.

Luckily for Plaza visitors, property owners Steve Mason and Jeff Struble have both contributed solutions to the parking struggles. Mason opened a vacant lot in the 1500 block of NW 15th Street for parking. A second lot owned by Struble at the corner of N. Blackwelder Avenue and NW 15th Street is under construction. Additionally, bike racks are strategically placed throughout the area to promote an alternative mode of travel to the district.

When it comes to renting commercial space, property owners set the terms. As the Plaza grows in popularity, rising rents are on the minds of tenants — more so now with the announcement from Collected Thread and Tree & Leaf. The two businesses occupied a building owned by Tazoma LLC.

Oklahoma County property records show that the commercial corridor is divided up among various owners and some include the developers who initially took a chance on the dingy district, rehabbing the old brick buildings and later recruiting the businesses. Over the years, several property owners have served on the association’s board.

“I think property owners recognize there is a particular culture of businesses, services and retail that fits here,” Lewis said. “I think they are internally aware of what makes the culture of the Plaza District.”

With the district’s culture and audience established, the association sets its sights on the businesses themselves. Moving forward, the association will develop strategies around business retention and the growth of existing business and look for opportunities to engage patrons with business owners, Lewis said.

As the district continues to evolve, it will do so without Lewis. After serving the district for five total years, Lewis is moving on and the association is hunting for a new executive director to lead the district through its next phase.

The Plaza District’s shop owners recognize the changing role of retail at a time when an increasing number of Americans are shopping online.

Those who stroll in and around the Plaza’s retail shops will quickly notice that few items for sale mimic what’s available online. That’s what Plaza visitors want to see: one-of-a-kind items unique to the district, said Martinez, who views the Plaza District as helping to “harvest the creative energies of Oklahoma.”

“It’s not just a one-stop place. It’s more of an event,” she said. “You will eat, you will get dessert with pie or ice cream and you might see a show. You feel good about supporting local, and you wouldn’t break the bank.”

Down the block at Bad Granny’s Bazaar, 1759 NW 16th St, a retro and vintage shop where dozens of vendors sell their clothing, furnishings, jewelry and art, owner Diana Harris explained her customer base closely resembles the shop’s earliest shoppers in 2009. For the most part, young creative types from Oklahoma City University and neighborhood high schools Classen School of Advanced Studies and Harding Fine Arts Academy support Bad Granny’s Bazaar. In recent years, Harris has noticed more and more shoppers from Edmond and Norman and out of state.

“The future is good,” Harris said from behind the cash register.

“We want this to be an attractive experience,” said Tyler Carder of Simpleton Goods. “It is not a whole lot to look at right now, but we’ve got a vision to really attract people and, hopefully, host some events with catering and coach people through hand-stitching. We’d like to base some event around bringing people into the craft.” 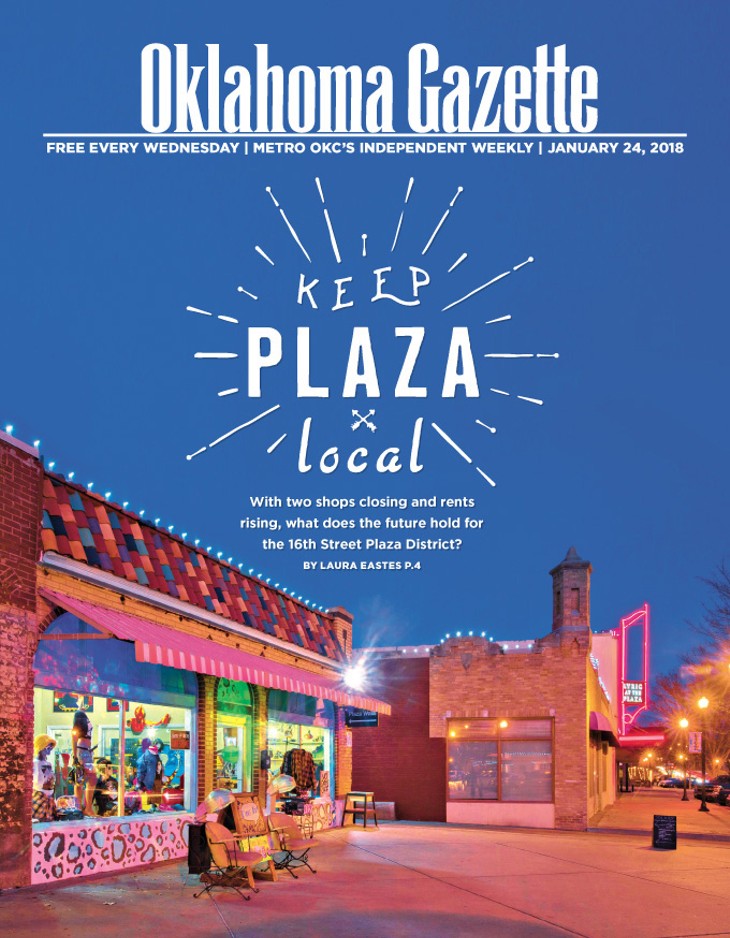 One of the Plaza district’s greatest strengths is its unity and desire for all business to succeed together, said Abbigail Deason, general manager of District House, 1755 NW 16th St.

With such strong bonds between business owners, it’s never easy to say goodbye to a fellow owner locking up for the final time, Harris said.

For many, including Harris, it’s hard to image a Plaza District without Collected Thread and Tree & Leaf. Zodrow opened Collected Thread less than a year before Bad Granny’s got its start. Zodrow and Amanda and Dylan Bradway of DNA Galleries are viewed as the initial creative entrepreneurs who took a chance and invested in the Plaza District. In 2013, when DNA Galleries moved into a larger location at 1709 NW 16th St., established screen printer and artist Gilpin moved his Tree & Leaf business into the vacant space. Gilpin will continue to be a familiar face in the district, working from his studio space in Plaza Alley.

“Their presence has inspired us in ways,” Carder said of Collected Thread and Tree & Leaf. “It’s hard to know or anticipate what it will turn into, but we are excited about the future.”

While no one can truly predict the Plaza District’s future, many view the district as being headed in the right direction. On the east and west end, there are signs of new commercial construction to further expand the boundaries of the Plaza District.

While each business is part of the Plaza family, each has its own journey and knows when it is time to move on, explained Lewis.

“Anybody coming in or coming out will only essentially benefit from the Plaza District,” Lewis said, “and benefit from being part of the family.” 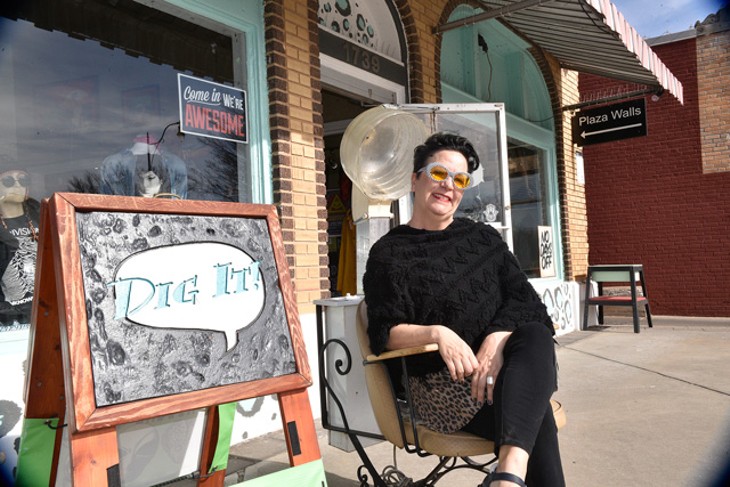 Update: Jan. 24, 2018: In the print version of this article, Oklahoma Gazette incorrectly stated that PhotoArt Studios opened in the 16th Street Plaza District following the business openings of DNA Galleries and Tree & Leaf. According to documents filed with the Oklahoma Secretary of State, PhotoArt Studios preceded those two businesses. Oklahoma Gazette made the necessary correction in the online article. We apologize for the error.

Print headline: What's next? With two Plaza District shops closing and rents rising, it’s a good time to ask about the future.