Oklahoma is certainly known for its creative minds, and especially its artists. Many of the state’s towns and cities have a singer, musician, writer or broadcaster they claim as their own. Ingenuity includes inventions; the yield sign, shopping cart, pressurized flight suit and even pesky parking meter have the minds of Oklahoma citizens behind them.

But can creativity be taught, or is it innate? Can it be nurtured and developed on a large scale? Furthermore, can creativity be implemented in the business world? Statewide leaders, primarily from the private sector, started asking each other questions like these over 10 years ago. They would eventually be the impetus of Creative Oklahoma.

“[It] began in 2005 with a small group of people who came together looking at ways for Oklahoma to be more economically prosperous in the 21st century,” said Susan McCalmont, Creative Oklahoma president. “We were looking at education issues. We were looking at economic issues and societal issues.”

At the time, McCalmont was director of the Kirkpatrick Foundation. Shortly after these talks began, she and other nonprofit leaders met David Kennard, CEO of InCA Productions.

After accepting an invitation from McCalmont and other Oklahomans, documentary filmmaker Michael O’Connell traveled to Oklahoma to film ReCreating America: Creativity and Learning. The film shows four Oklahoma schools, including Santa Fe South High School, that focus on the precarious balance between teaching creativity and improving test scores.

Through Kennard, a formal connection was made between Oklahoma leaders and Sir Ken Robinson, an arts education advocate whom Queen Elizabeth II knighted for his work in Northern Ireland. Through Robinson’s encouragement and guidance, Oklahoma Creativity Project was launched.

Creative Oklahoma’s emphasis is on three key areas: education, commerce and culture. Its plan began with the idea to change schools to a new model with emphasis on creative collaboration and innovation.

Then, according to the development model, commerce would follow suit.

The melding of education and commerce would, ideally, create a “a quality environment in your communities that embrace the arts, embrace beautification, embrace the importance of architecture and look at health and environmental issues as well,” McCalmont said.

In the past 10 years, Creative Oklahoma has built a roster of accomplishments. Examples include hosting the internationally focused Creativity World Forums; Oklahoma Innovation lecture series; establishment of its Oklahoma ArtScience Prize for high school students to work with Harvard University professors; establishing FIRST Robotics Competition in Oklahoma City; and being a catalyst behind Academy of Contemporary Music at the University of Central Oklahoma (ACM@UCO).

“Applications came from a variety of places,” McCalmont said. “Some came from chambers of commerce. Some came from arts councils. Some came from existing main street organizations. There has to have been a catalyst in the community that really wanted to engage in the process.”

One civic leader who benefitted from the program is Loran Mayes, a small business owner from Altus who is member of the Altus Chamber of Commerce and the city’s Main Street program.

“[Creative Oklahoma trainers] give us the tools and really push us outside of our comfort zone,” Mayes said.

She said Creative Oklahoma doesn’t have a strict set of guidelines about their methods.

“The organization is set up in a way that they don’t really tell you what to do,” Mayes said. “It is actually each town’s project that they guide us in the process. They reel you back in when you’re getting off track. They encourage you when you’re getting down. They give energy and ideas in the group. They have helped us pull out people within our own community who may not be involved in things.”

While education initiatives and community-based training has been a portion of the group’s focus, there is always room for individual development.

Evans also stressed the importance of Creative Oklahoma being a noncompetitive program and the nonprofit organization’s desire to “be inclusive of everybody in the state.”

“We need people who are coming up with new ideas and working together to solve these problems in any creative way,” she said. “We need solutions that no one’s thought about before.”

Ambassadors Gala celebrates its 2017 class of Oklahoma innovators and leaders. 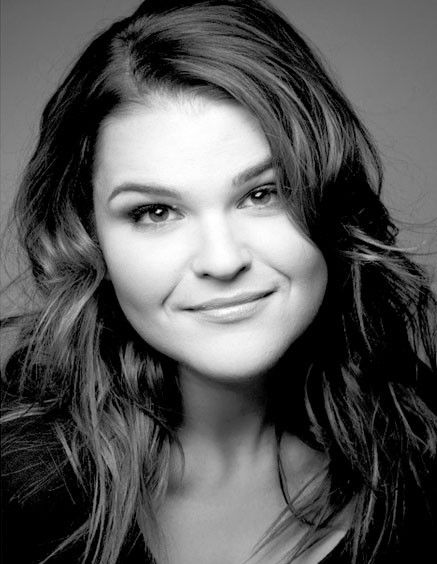 Since its inception in 2008, Creative Oklahoma has honored 48 men and eight women as ambassadors at its Oklahoma Creativity Ambassadors Gala events. Its 2017 class increases those numbers to 55 and nine at its now-annual gala April 3 at Civic Center Music Hall, 201 N. Walker Ave.

“We will also have a very big surprise that night,” Pointer said. “I can’t tell you what it is, but it will be fun.”

Pointer said Creative Oklahoma anticipates hosting around 400 guests and generating $300,000 that evening. Proceeds help subsidize several Creative Oklahoma programs that focus on education, commerce and culture. The committee that selects each year’s ambassadors also uses those three areas as a template when choosing a slate.

“Our goal has always been to raise the visibility for Oklahoma as a region for creativity and innovation,” said Susan McCalmont, Creative Oklahoma president.

“We have toured groups of international leaders, which has raised Oklahoma’s level of visibility,” McCalmont said. “Oklahoma is probably better known as a center of creativity in other parts of the world than it is here in the state Districts of Creativity Network.”

One Creative Oklahoma program to benefit from April 3 gala proceeds is Oklahoma’s Innovation Index, an educational tool that will soon be available for teachers statewide at no cost.

“We have created a volunteer task force in partnership with the governor’s office, have conducted a feasibility study and are in the process of developing an online tool which provides a guide and a framework for teachers to add creative learning to their lesson plans,” McCalmont said.

Teachers can upload their ideas for others to adapt or adopt, ultimately creating a creative learning community.

Another initiative is Oklahoma Mentorship Program, a commerce collaboration with MIT, for “anyone with an idea,” McCalmont said.

“Whether your idea is for a business or something to make the community better,” she said, “you’ll be able to come to Creative Oklahoma and we will help you by connecting you to people and resources.”