A group of musicians based in Los Angeles set out on an unconventional tour and hope to create a better concert experience. 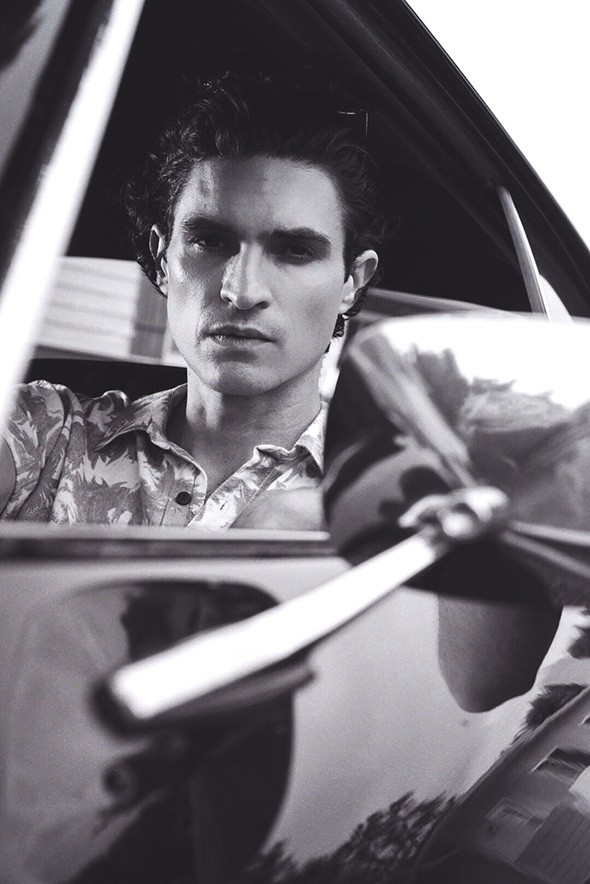 Like many bands booked for Austin City Limits, Los Angeles’ Palm Springsteen wanted to schedule a quick tour around the trip, but the band members didn’t want to make it a conventional tour or even pick the stops themselves.

Berg, Palm Springsteen frontman Nick Hinman, singer-songwriter Dan Keyes and former Panic! at the Disco guitarist and songwriter Ryan Ross are co-headlining Dead End Kids Club Tour, which stops in Oklahoma City 7:30 p.m. Oct. 5 at 89th Street - OKC, 8911 N. Western Ave. The tour, which features all four artists performing with members of Palm Springsteen as a backing band, was plotted using RoadNation, a crowdfunding-style website that allows artists to set an itinerary based on fan interest. OKC was not actually one of the cities that met the ticket purchase threshold for scheduling a stop there, but it was near enough to merit further investigation.

“Oklahoma City didn’t actually get totally confirmed, but it was one of the closest ones,” Berg said. “So we figured why the fuck not come see what’s up in Oklahoma City?”

The untested nature of the tour — inspired by a series of concerts Berg hosted in LA featuring a changing lineup of musician friends because she “was kind of just sick of going to regular fucking shows” — requires additional rehearsals and preparation.

Hinman added that he is excited to see what happens on tour, which is billed, in part, as “a roaming homecoming dance … a rascal caravan … a traveling circus.”

The group does not depart LA until Sunday, but the preliminary conversations are already different from what Berg is used to from previous tours.

“We just want to make sure that
every show feels like the first show and
the last show and the only show.”
— Z Berg tweet this

“We all have to learn each other’s songs,” Berg said. “We all have to be prepared to sing with each other. We’re trying to create a little bit of a feeling of a gang and a collective, and so we’re going to make a big backdrop and decorations, and we’re going to talk about who we are as a group and not just who we are as individuals. What are the Dead End Kids, and what are we trying to bring to each of these shows to make them a unique experience for everybody that is not just going to see four bands play a show, but rather is a visceral, interactive, immersive experience that is both ephemeral and leaves its mark?”

By calling the tour the First Annual Fall Ball, Dead End Kids hope to emphasize that the show is meant to be a more memorable experience than a typical concert.

“We like to ask people to dress up,” Berg said. “Instead of just coming out and seeing a bunch of bands, we want you to kind of come be a part of the scenery and feel like it’s some combination between homecoming and prom and your birthday and your funeral. It’s not just another night.”

“It’s more like one long performance,” Hinman said. “It’s almost like a play or something than it is four separate bands. … It’s really just a whole experience that is there from start to finish.”

In addition to dressing up to enhance the ambiance, Berg said the Dead End Kids also want concertgoers to help decide set lists for shows.

“We’ve been kind of polling fans and asking people what songs they want to hear so that part of the understanding of going to this show is that we are listening to you when you request songs and we’re listening to what you want out of this as much as what we want, because it should feel like an experience we’re sharing rather than an experience you’re just going to,” Berg said.

The atmosphere of the show will also be enhanced by the camaraderie between the musicians. 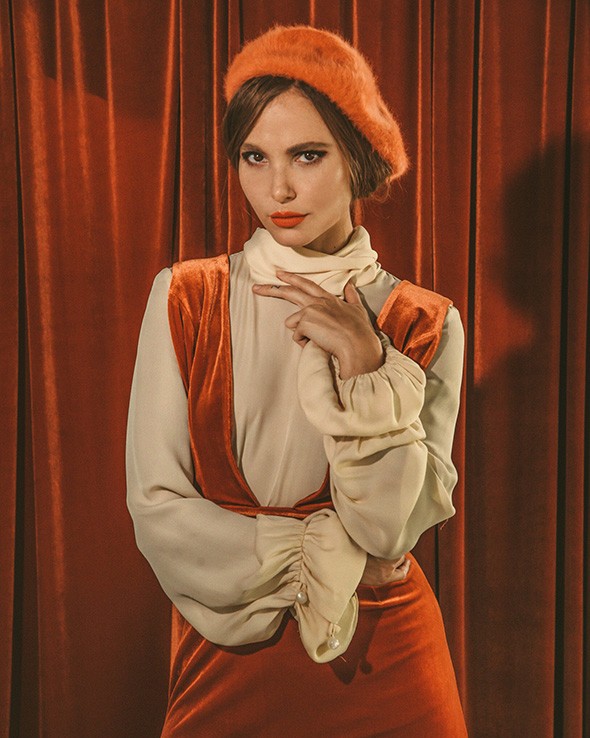 “We’re all extremely close friends,” Berg said. “Some of us have known each other for 15 years. Some of us have dated. I know these people better than I know anyone in the world, and the experience of being able to kind of create a whole world together both musically and aesthetically, I think is something that we all find really exciting.”

Though the tour’s planning requires different considerations, Berg said she still has the same worries and concerns she always does.

“Car accidents, always,” Berg said. “Finding food is always pretty difficult on tour in my experience. It’s very, very hard for me to bring less than five pairs of shoes no matter how long I’m going for, so that’s going to be the big thing is narrowing the shoes down. But musically, I think we’ve got this.”

Paring down luggage might be a bigger concern because all the musicians will be riding in the same van, but Hinman said he is not worried the close quarters will put a strain on their friendships.

“We’re just going to get even closer,” Hinman said.

“Yeah, or we will fully kill each other,” she said. “You never know.”

Berg made one last request of Fall Ball attendees.

“I would like to ask people just to come in with an open mind,” Berg said. “I’ve done a couple of prom-themed shows, and what I realized is that everyone loves those because no one had a satisfying prom because high school is inherently terrible for everyone, and all of the experiences in your life that you think are going to be amazing are kind of inherently disappointing. And what’s fun about shows like this and experiences like this is this is not the family you are born with. This is the family you chose, so treat this like you’re going to the prom you wish you went to or the homecoming dance you wish you went to or the birthday that you’ve never actually had, because it gets to be that because you chose us and we chose you and it wasn’t forced upon you. So let’s make it fucking awesome.”