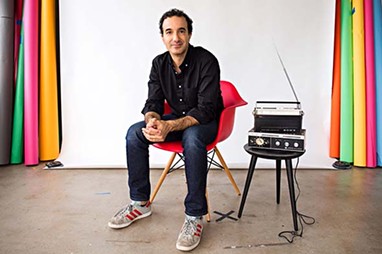 Not knowing can make you feel sick, but maybe that isn’t a bad thing.

Gut Churn describes the physical discomfort that can come with uncertainty. Abumrad said he first heard the phrase after realizing he was altering Radiolab’s origin story in interviews to make the program’s beginnings seem easier than they were.

“I found that I would tell stories about the genesis of Radiolab that were total bullshit,” Abumrad said, “making it seem much more planned out and thought through than it actually was.  So I called up Michael Elsesser, who was the guy who really gave me the break, and he cooked up the idea for the show with me, and I asked him, because I honestly couldn’t remember at this point, ‘What do you remember about the beginning? The very beginning, how did it happen?’ and there was about a 10-second pause, and then he just said ‘Gut churn. That’s what I remember. Just not knowing what we were doing, how we were going to pay for it, all of these questions that we had no answer to, and we just had to sit there with a queasy, uncertain feeling.’ When he said that, it really stuck in my head. … Those two words really capture pretty much the entire crazy journey of Radiolab. I was sort of haunted by those words.”

The phrase inspired Abumrad to investigate the connection between the pain of not knowing and the creative drive in a kaleidoscopic examination familiar to listeners of Radiolab, which examines subjects from art, science and politics from multiple angles and perspectives.

“In my talk, what I end up doing is sort of telling the story of my own journey, but also sort of thinking about, on a larger level, the role of uncertainty,” Abumrad said. “How do you sort of dance with doubt? And when is doubt a good thing and when is it a bad thing? How do other people think of doubt? … I’ve always felt there’s something a little bit too teeth-gnashy about my own process, and I wanted to get to a different place and a different sort of relationship to those feelings, which might simply lead to an understanding that they’re necessary.”

Though Abumrad began producing radio documentaries in 2002, he said his most memorable experience with gut churn came in 2004. While he was stressed out about what he feared was his show’s imminent cancelation, his producers at radio station WNYC had him put together a show on composer Richard Wagner’s epic Ring Cycle, a project that intimidated and annoyed him. 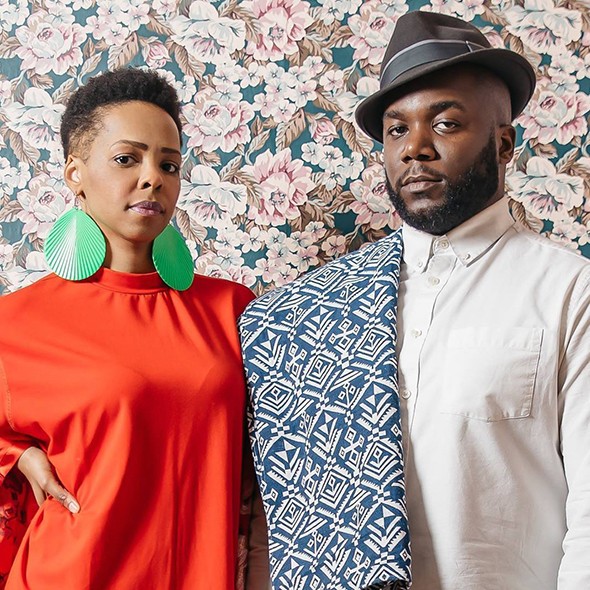 “At this point, I had no choice; I was like, ‘Yeah, OK, I’ll do it,’” Abumrad recalled. “Radiolab was about to disappear, and I think sort of the unspoken thing was, ‘Maybe if you do a good job on this, we’ll talk.’ And I had no idea of anything about Wagner or the Ring Cycle, and I said yes. The Ring Cycle is a fricking 20-hour marathon of an opera with, like, 60 characters encompassing thousands of years of mythology, and Wagner threw everything into this opera. He threw in all of literature and art. Everything is in this stupid cycle of operas, and suddenly I was faced with the task of condensing that into one hour of radio. I just could not figure out how to do it …  and I was being edited by an opera buff, a woman from the American Wagner Association — why would she be my editor, for Christ’s sake? But somehow, she was. I could not make them happy, and I could not make myself happy. … There was a point at which I hadn’t slept in, like, three days, and I went to my boss and I was like, ‘You’ve got to give me more time.’ And he was like, ‘No. I can’t. You’ve blown it. You’ve blown it all. I know you haven’t slept, but you can’t sleep till this is done.’ I just pushed myself right to the wall, and physically, it was horrible.”

Despite the physical and emotional drain producing “The Ring & I” caused Abumrad, he said he developed the format people now associate with Radiolab in the process.

“But the weird thing is that, for me, was very much the turning point,” Abumrad said. “I just kind of figured it all out. I don’t know if it had to be that painful in order for me to figure things out, but it was just crazy. I have a really weird relationship to that memory because I feel like a sense of allergic resistance to how hard that was, but at the same time, I feel a fondness because that was when I really figured out who I was on the radio.”

How do you sort of dance with doubt? And when is doubt a good thing and when is it a bad thing? How do other people think of doubt?Jad Abumrad tweet this

Abumrad’s memories of the experience aren’t entirely pleasant, but discomfort is sometimes a necessary part of the process of discovery.

“This is the part where I feel like the pain is important,” Abumrad said. “There’s this concept in therapy called the self-transcending structure. You build a structure that allows you to escape yourself and grow and become a new self. And I feel like the stories are these self-transcending structures. If you commit to them to such a degree, at the end of it, you are different. You are changed. There’s something very anti-internet about the process we go through.”

While the abundance of readily available information online can make finding answers less stressful, Abumrad said, it can also discourage people from seeking out more than a superficial understanding.

“It is easier to feel like you’ve satisfied your curiosity,” Abumrad said. “But there’s a difference between cheap wonder and earned wonder. I feel like it’s really easy these days to get cheap wonder, inexpensive wonder, inexpensive curiosity. It’s like, ‘Oh, I’ll see what Google says,’ and you kind of search it up and get to a cool fact, and you’re like ‘Wow,’ and then you can just kind of move on. So it’s really easy to get that feeling of surface-level knowing, surface-level awe. I think about that subconsciously a lot. … Are we trafficking right now in cheap wonder or in hard-earned wonder?”