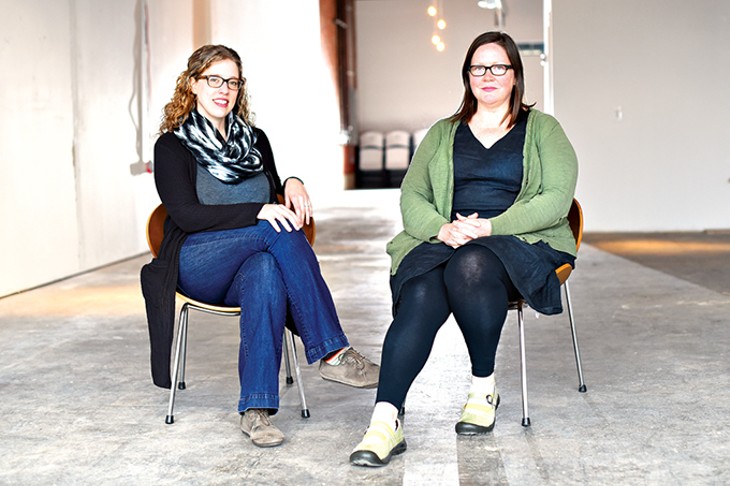 Since November, there have been few stars in the local art community brighter than the Factory Obscura art collective and Current Studio, the Classen Ten Penn neighborhood gallery space hosting the group’s wildly popular and immersive debut installation Shift.

More than 12,000 visitors have passed through Current’s doors since Shift opened. Many guests were not only visiting the studio for the first time, but that entire part of town.

The great level of foot traffic made a January announcement all the more surprising to most local art enthusiasts. The studio would be permanently closing its doors following Shift’s end in February.

Many people were just now learning of Current, its alternative business model and philosophies on community art. Many wondered why, so close on the heels of the most popular local art attraction in recent memory.

“If we had been able to make it viable financially, I think it would have continued,” Current co-founder and community artist Romy Owens said. “But it wasn’t.”

Owens teamed with friend and fellow artist Kelsey Karper to found Current in March 2016. The pair made an 18-month commitment to experiment with different methods of empowering artists to produce art without the pressure of sales, which ultimately affects what kind of art that gets made.

Factory Obscura and Current Studio share a joint closing celebration 6-9 p.m. Feb. 24 at the studio space, 1218 N. Pennsylvania Ave. Food is provided by Kam’s Kookery and wine by Constellation Kim Crawford Wines. Anthem Brewing Company, along with several food trucks, will also be on site. Tickets are available at factoryobscura.com with at least a $5 donation.

In some ways, Current Studio’s focus on alternative methods of artist payment can be counted as a precursor to Factory Obscura. The group plans on finding a permanent home in the future, and its model for paying contributing artists will be based on admission sales rather than traditional commissions.

“I think Factory Obscura will accomplish a lot of the same goals that we were seeking with Current Studio, but in a very different way,” Karper said. “I feel really good about being able to continue those ideas.”

Karper is also a founder of Factory Obscura and will continue her work with the group after Current closes its doors. She recognizes that Current is leaving at the peak of its popularity. Owens and Karper are both set on their decision, but it is hard to not have at least some reservations.

“It’s like going out with a bang,” she said. “We’re leaving people wanting more. But at the same time, there is that little bit of hesitation like, ‘Oh, maybe we should keep going.’” 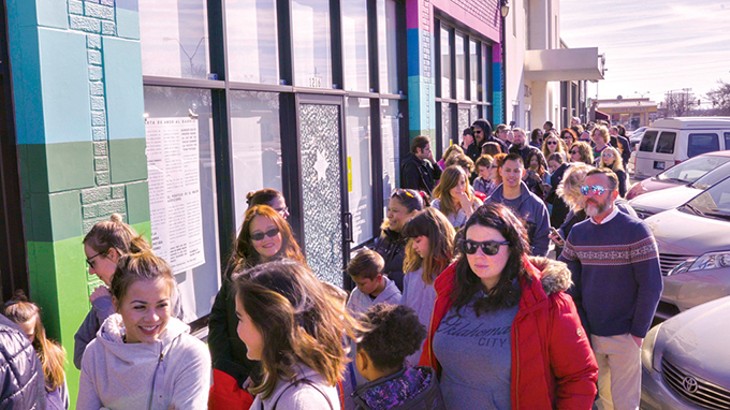 Owens and Karper worked full-time for Current on a volunteer basis, which means on top of running a studio they had to take on other work just to make money for themselves. They also took special care to ensure every artist who made art for them was paid for it.

“If we came up with an idea where we couldn’t figure out how to pay the artist, we just wouldn’t do it,” Karper said.

From its 2016 opening to its eventual close this month, Current will have paid out more than $100,000 to artists in the area.

“When you look at other institutions in the city and their capacity to support artists in that way, we pretty much kicked ass,” Owens said. “We did a really good job of putting money in artists’ hands for making art.”

One of the most critical hits to the studio’s sustainability plan was the fact that its Art of the Month Club never took off. Through the program, a resident artist would complete a 100-cap batch of individually unique small works to be mailed out to the club’s subscriber base.

The club was intended to account for a significant portion of what would make Current financially viable, but it was harder than expected to get people to buy into the new concept.

“We got feedback from some people that they were reluctant to sign up because they didn’t know exactly what they were going to get,” Karper said. “For us, we thought that was part of the fun, the surprise of it. You just have to trust that the curators are going to choose good work.”

From the moment of Current’s inception, Owens and Karper worked hard at implementing and developing a bulk of new ideas and programs.

“The challenge of that is that there’s so many things going on at once,” Karper said. “There’s so much to promote and talk about, and all of it is new. We’ve presented all of this brand-new and all at once. It was a lot for people to digest.”

Aside from its devotion to artist payment and unique programming, Current’s lasting legacy will be in the promotion of inter-artist collaboration and outreach efforts to the Classen Ten Penn community.

Owens said they still hear from schools that heard about their murals and want to know how to bring art like that to their building. Both founders are more than happy to share the methods behind any of Current’s programs.

“I don’t think either one of us is so proprietary that we would be like, ‘Nope, good luck; figure it out,’” Owens said. “We want awesome things to happen.”

Owens and Karper both have new projects that have forced them to divert their attention from Current. Owens recently moved to Enid, in part to work on the large-scale permanent public art installation “Under Her Wing Was the Universe” with artist Adam Lanman. Karper is concentrating on Factory Obscura as it continues to seek out a permanent home in the city.

Though Shift is the last exhibit that will pass through Current, the studio will remain through March to clear out Factory Obscura and return the space to normal. On March 25, the studio will host one last edition of its Sunday Soup series, with all proceeds going toward the operations of Next Door Studios, a former branch of Current that is now being taken over by resident artists.

“At that event we will get to do a little bit of wrap-up and tell people, ‘Hey, this is what we accomplished,’” Karper said.

When Owens looks back at Current, it will likely be with a small twinge of frustration that they could not find more financial support. Still, she is thrilled with everything they did accomplish and is excited to move forward.

Current might be closing its physical doors, but it has no doubt opened new ones for the city’s art future.

“I feel confident that the things we have done to raise the bar of expectation for how artists can be supported, our community can’t go back from that now,” Karper said. “We’ve experienced what that can be and our expectations should be higher now.”