Cuts to education and arts programs have long-term impact 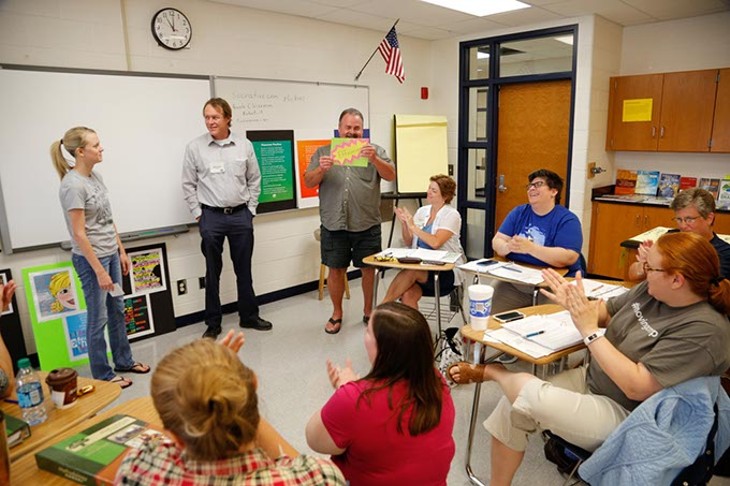 All signs pointed to an unfortunate ending to Oklahoma’s massive budget woes.

Over the past six months, the state has experienced two revenue failures, across-the-board cuts of 7 percent and a fiscal year budget hole of $1.3 billion. Sluggish oil prices and an income tax rate trigger contributed to the budget disaster.

Friday, the state’s budget bill goes into effect, flowing $6.78 billion into state agencies, including common education, health and human services, corrections and Oklahoma Health Care Authority. The budget is $360.7 million, or 5 percent, less than the 2016 fiscal year budget prior to the midyear revenue failure.

While a handful of state agencies took double-digit percent cuts, common education appeared to be spared with a $2.4 billion allocation, only a drop of 2.34 percent when compared to the year before. On the same day Gov. Mary Fallin signed the state’s budget bill, the Oklahoma State Board of Education approved the 2017 Public School Activities Fund budget, which eliminated funding for 11 educational programs and reduced funding for 13 others. State Superintendent of Public Instruction Joy Hofmeister described the $38.2 million in mandated cuts as difficult and “unavoidable in light of the reduced budget.”

The board allocated $3.3 million less among three well-known education organizations, Teach For America, Great Expectations and the Oklahoma Arts Institute. The organizations were handed state funding cuts ranging from 71 to 89 percent.

Oklahoma Gazette reached out to the three organizations’ leaders to see what’s ahead with fewer taxpayer dollars.

It’s an exciting time for the 50 new recruits as they prepare to meet their students on the first day of school, explained Art Serna, executive director of Teach For America in Central Oklahoma.

Teach For America is a national education nonprofit that places professionals — a majority of which are recent college graduates — in high-need schools. The program arrived in Tulsa in 2009, expanding to Oklahoma City two years later. In Oklahoma, it has played a critical role in helping districts combat the statewide teacher shortage, closing student achievement gaps in disadvantaged schools and building education leaders.

“They come into the classroom, have a powerful teaching experience and make a lifetime commitment to education,” said Serna, who explained many alumni continue their work in the classroom after the two-year commitment or pursue education leadership positions. Alumni who pursue other ventures tend to work in fields contributing to education.

State support contributes to the organization’s operations and recruiting new members to the Sooner State. Taxpayer dollars make the summer training institute, which is an opportunity for the new recruits to train and prepare for the school year, possible. Additionally, Teach For America recruits continue with teaching coaches during the school year. Professional development coaching is offered during their two-year teaching commitment.

State funding for Teach For America is allocated at $250,000 for the fiscal year beginning Friday. The organization will operate with $2.2 million less in taxpayer dollars. Cuts in state funding slow down efforts to expand the program further into Oklahoma. 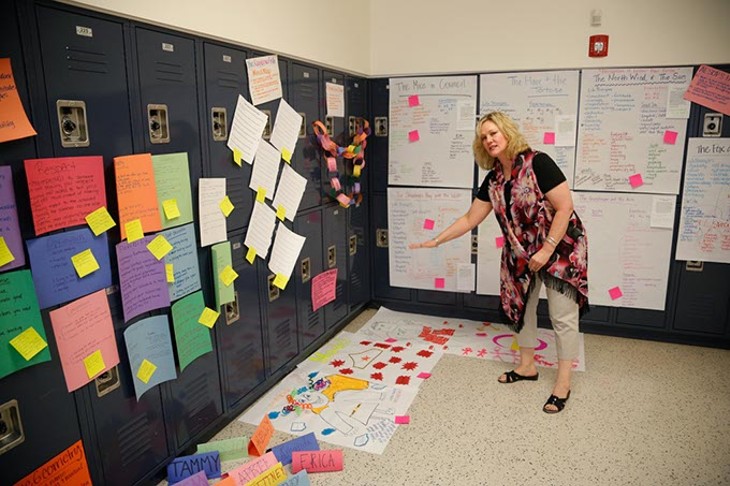 As the president and CEO of Great Expectations, Linda Dzialo spends her summers observing professional development classes for educators. With summer institutes in communities like Edmond, Tahlequah, Ardmore and Owasso, Dzialo and the Great Expectations staff introduce teachers to the organization’s methodology, which is designed to motivate, inspire and challenge students to achieve excellence in learning and living.

“I’ve been told hundreds of times by career teachers and teachers with their master’s degrees that this is the best training they’ve ever attended,” said Dzialo, who is going into her seventh year with the education nonprofit.

Created in 1991, Great Expectations is guided by six principles that include building student self-esteem and believing all children can learn. During summer institutes, teachers learn how to adopt 17 classroom practices ranging from critical thinking skills to implementing the habit of students addressing one another by name and demonstrating courtesy. The practices transform classrooms, especially those plagued with discipline problems, low attendance and constant disruption. The shift in classroom culture raises academic excellence, explained Dzialo.

Studies, including one from the University of Oklahoma, support Great Expectations’ assertions. Great Expectation model schools maintained higher pass rates in math and reading when compared to elementary schools without the program.

In 1998, state leaders took notice of the education nonprofit, offering to support the program by providing summer institute scholarships to teachers. Teachers are assigned a Great Expectations coach, who offers support and training through the school year. Thousands of teachers are trained thanks to the state’s support. For fiscal year 2015-16, the state awarded $1.1 million to Great Expectations.

“We understand the state is in a financial crisis,” Dzialo said. “We deeply appreciate the funding we were provided. In this type of crisis, we could have been eliminated. We can help more teachers at more schools, but not nearly as many as we have in the past.

At last week’s summer institute at Edmond North High School, more than a hundred teachers were introduced to the Great Expectations model or received continuing training in the GE model through courses dedicated to teaching students in poverty, removing worksheets from classrooms and incorporating fables in reading lessons. As the number of students in poverty continues to increase in Oklahoma and across the nation, Dzialo sees the program as critical. A growing population of students are hungry, tired and stressed when they arrive at school.

Students discover they can pursue arts professionally at Oklahoma Summer Arts Institute, explained Julie Cohen, the institute’s executive director. It’s a common comment Cohen and the Oklahoma Arts Institute staff hear from summer students who come from all over the state to train in disciplines like photography, ballet, orchestra and creative writing.

“When they get here, at Quartz Mountain, they meet other students who share their interests,” said Cohen, who is an alumna of the summer program. “They might not have that in their hometown. They meet counselors, who are young artists, and they meet the faculty. They realize they could do this for a living and pursue their interests in the arts.”

The Oklahoma Summer Arts Institute is an intensive, two-week residential academy for earnest, dedicated high school artists who train under renowned professionals. In October, the Oklahoma Arts Institute holds its fall institute, which is designed as a weekend retreat for adults and educators. Both programs are held annually at Lone Wolf’s Quartz Mountain Resort, which is owned by the state.

Traditionally, Oklahoma Arts Institute has received funding from a unique public/private partnership. A state program, taxpayer dollars and private donations have made the institute a reality for hundreds of students and adults each year. Matching scholarships for students to attend the summer institute and teachers to participate in the fall institute are provided by the state Department of Education, an initiative that dates back to 1991. The institute ensures all students accepted automatically receive full scholarships by securing additional funds through private donors. Additional support comes from Oklahoma Arts Council and the Oklahoma Tourism and Recreation Department.

Friday, the Oklahoma Arts Institute will have 249,573 fewer matching scholarship dollars from the state Department of Education. The nonprofit’s funding was cut by 71.39 percent with $100,000 flowing into the institute.

“It’s going to have a huge effect on our program,” Cohen explained. “It comes at a time when students are already seeing cuts in fine arts programs at their schools.” To make up for the revenue cut, costs could be passed on to students — but Cohen hinted it would be a small charge. The institute prides itself on offering the summer program at no tuition cost. That removes any financial barriers that would prevent a student from attending.

To mark its 40th year, Oklahoma Arts Council is in the midst of a fundraising campaign that includes raising the endowment for scholarships.

“Gifts to the endowment or the Oklahoma Arts Institute for programing are incredible helpful right now,” Cohen said. “Also, showing support for public educators by writing a legislator or making your voice heard. We are not funding public education the way we need to be funding it.”

Editor's note: The online version of this story was updated June 29 to correct the title of TFA-OKC executive director Art Serna and clarify additional details.