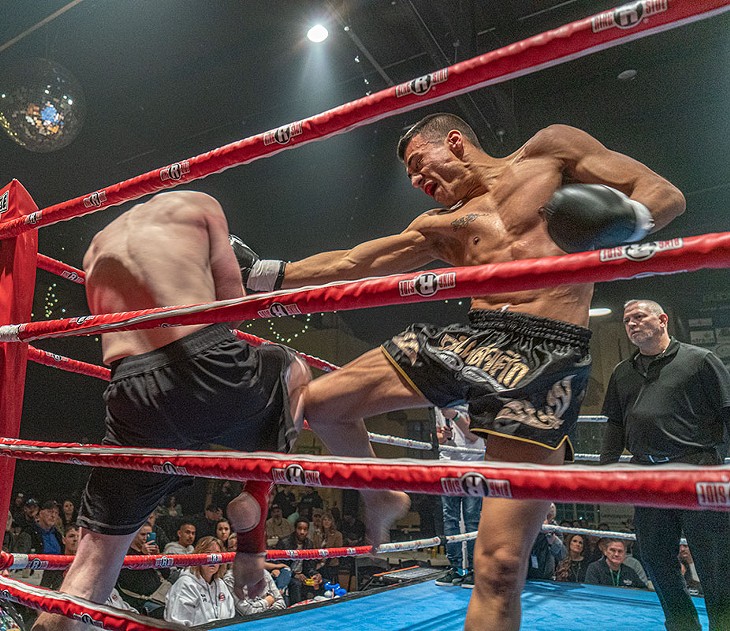 The event was at capacity with 1,200 tickets sold, organizer Chase O’Grady said. 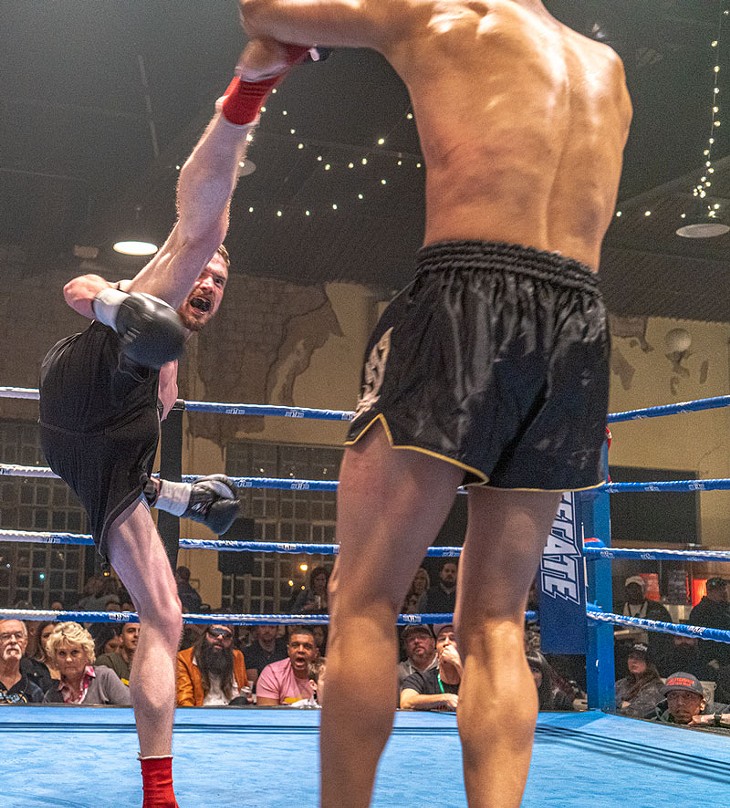 “I never would have pictured that we would have had to turn away 300 people, that there was that level of excitement,” he said.

The crowd was standing-room-only around the ring in the center of the venue, while there was steady traffic in the balcony, which is the only area cannabis consumption was allowed. Fortunately, the design of the venue provided those hanging out in the smoking section with an equally impressive view.

In addition to growers, processors, dispensary owners and other industry leaders filling the venue, some local sports icons like champion boxer Sean O’Grady and BMX legend Mat Hoffman were in attendance. 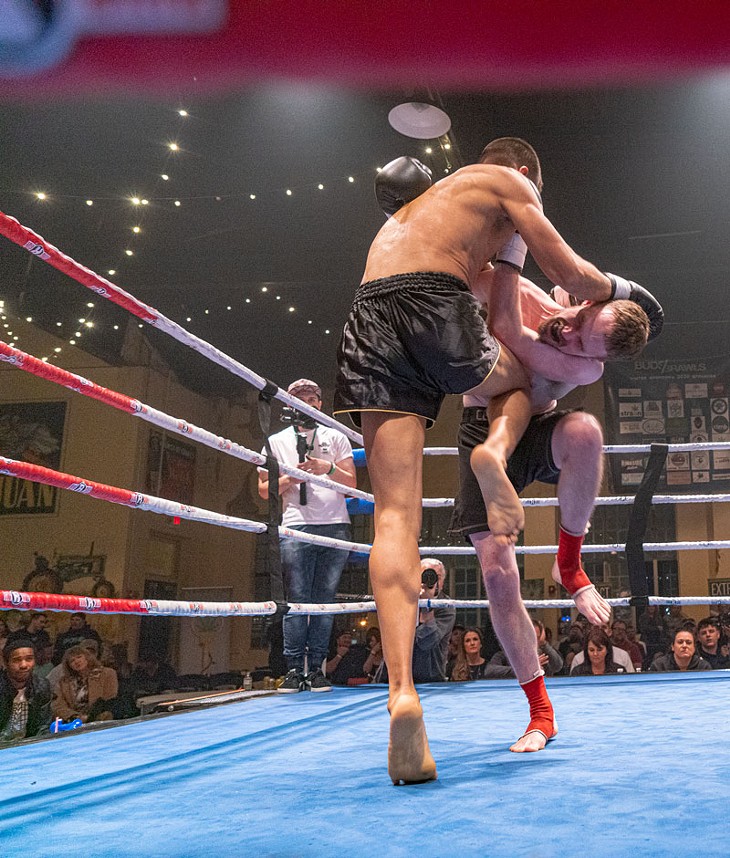 Oklahoma Gazette and Extract sponsored fighter Thane Zulkoski, whose match became an unscored exhibition after his opponent dropped out of the contest during the medical clearance. Instead, he fought friend Matt Guymon, whose opponent dropped out during the weigh-ins. Zulkoski said it was the largest audience he had fought before in his career. He took the fight on five days notice.

“Fighting in front of 20 people or 2,000 people, it’s an experience that 90 percent of the world doesn’t get. … I was honestly shocked at the size of the crowd,” Zulkoski said. “I was thinking I’d go out there and there’d be 200, 300 people, but there were 500 people sitting to the right side of the ring. There were people standing because there were no seats.”

Zulkoski said he supports the use of cannabis and that this was the “most mellow and relaxed crowd” he had encountered and it was the first event he has fought in where they were not any scuffles in the crowd.

“I’m a huge proponent of medical marijuana, even recreational. I support that 100 percent just because of everything it can do,” he said. “I’m not a fan of big pharma. I’m actually completely against big pharma. I hate pushing pills on people, and with all this opioid addiction and everything like that, if weed cures it, just fucking legalize it.”

Buds and Brawls returns to OKC Farmers Public Market for the Spring Showdown on May 9.