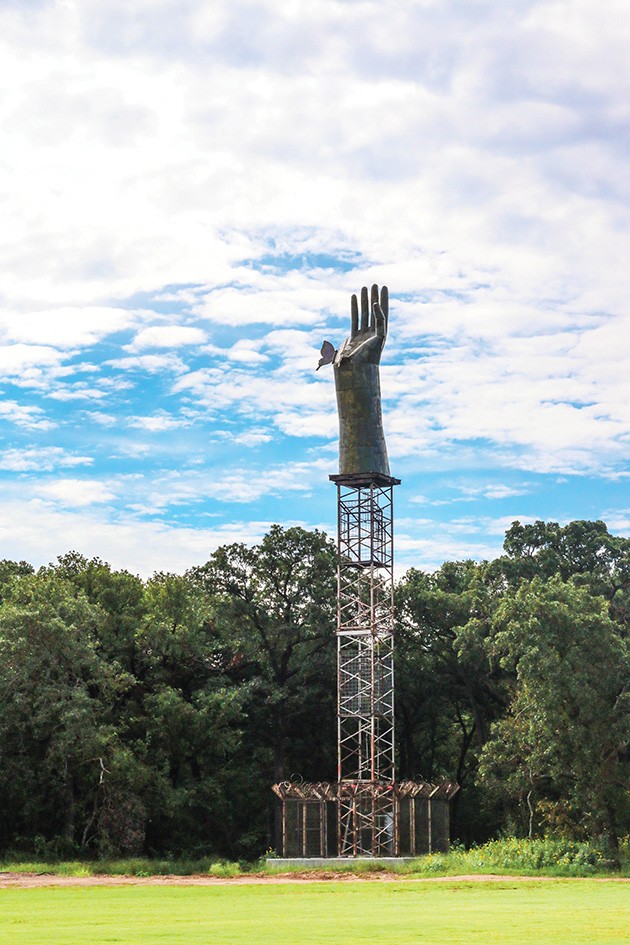 To be honest, if the organizers behind Daybreak Festival were making a playlist instead of scheduling a lineup, electronic dance music (EDM) might not be their first choice.

“I don’t know that much about electronic dance music,” said Darren Bond, owner of Big Creek Events, the venue for the inaugural festival. “I have listened to some of it, but, to be honest with you, if I said I knew a lot about it, it would be kind of telling you something that’s not true.”

But Bond added, EDM fans are a “crowd that shows up and has fun.” Presented by Landrunners event promotion and featuring a lineup of more than 75 EDM acts headlined by Kayzo, Herobust, Zeds Dead and Ekali, Daybreak runs Oct. 24-26 at Big Creek Events, County Road 143, in Byars. Landrunners venue manager Mikael Gravitt, who helped produce Mystik Sanctuary music festival at OKC Downtown Airpark in 2014, said EDM fans are underserved in the region.

“We felt like Oklahoma as a whole needed an EDM festival,” Gravitt said. “There hasn’t been anything quite this caliber targeted towards EDM music, to my knowledge, unless I’m missing something. … It was something that we kind of wanted to give to the Oklahoma EDM scene specifically.”

Gravitt said the enthusiasm EDM fans have for the music is contagious and the community they create around it is uplifting.

“Kids, I feel like, in any specific genre of music, they kind of coordinate themselves and classify themselves as a family, whether that be country, red dirt, jam, rock ’n’ roll, hip hop, EDM,” Gravitt said. “Whenever the show starts, I never even really look at the stage. Turning around and seeing 2,000; 4,000; 5,000; up to 10,000 people … watching all those specific groups of people just forget about everything on the outside and all enjoy the same thing, it’s really kind of a magical experience. There’s nothing else like it in the world to me. … I think it’s just something that these kids deserve, at the end of the day.”

“There hasn’t been anything quite this caliber targeted towards EDM music,
to my knowledge, unless I’m missing something … It was something that we
kind of wanted to give to the Oklahoma
EDM scene specifically.”
— Mikael Gravitt tweet this

Bond said he’s been too busy “building roads, putting in pipes and fences … growing grass” and installing other additional infrastructure required to host a music festival of this magnitude at Big Creek — a venue that typically hosts weddings, proms and other private events — to do much research on the music featured at Daybreak, but as a devoted music fan, he said he recognizes a kindred zeal in EDM fans.

“They’re passionate about their music, too,” Bond said. “Even a person of my advanced age of 58 who is not into EDM in a big way, you just appreciate the authenticity and the motivation when people are really into their music.”

So, for the uninitiated, whether they’ve been preoccupied fitting pipes or watching grass grow, here’s some brief info about Daybreak’s headlining acts.

Born in Houston but based in Los Angeles, Kayzo — aka Hayden Capuozzo — mixes elements of (to name a few) dubstep, electro, trap, R&B and hardcore (both happy and the other kind), for a hyperactive listening experience that feels like it should count as your cardio for the day. Released in August, Kayzo’s Unleashed features guest appearances by Blessthefall, Matty Mullins of Memphis May Fire, ALRT and more. Music and culture blog Dancing Astronaut praised Kayzo’s “aggressive sound” and said his “chaotic” live shows are a “bass spectacle … sure to push the limits of the venue’s speakers.”

Atlanta producer Herobust — aka Hayden Kramer — might have given us the perfect description of his bass-heavy Southern rap-influenced style with the single “Dumb Lit,” released in August. Built around brief vocal samples, tracks such as “Bruh,” “WTF” and “Skurt Reynolds” take a high-tech, maximalist approach to minimalism like glowstick waving, beat-dropping descendants of Steve Reich’s “Come Out.” In an interview with Insomniac, Kramer said his style combines all his favorite genres.

“What you’re hearing come out of me is just really an amalgamation of all the music I’m around, and because I legitimately like it, I’m going to throw it in,” Kramer said. “I couldn’t even stop it.” 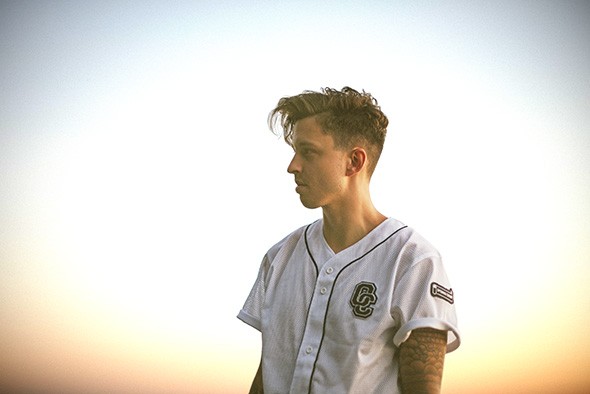 Named after a line from the 1994 Quentin Tarantino film Pulp Fiction, Toronto duo Zeds Dead (Zachary Rapp-Rovan and Dylan Mamid) cruise from a hard-hitting hip-hop beat to an ethereal groove as stylishly and smoothly as Bruce Willis on that Harley-Davidson chopper. EDM.com calls Zeds Dead “one of the most influential names in the electronic music space,” and DROELOE collaboration “Stars Tonight,” released in June, extends that space from the dancefloor to the cosmos.

Vancouver artist Ekali’s 2015 single “Unfaith” should sound familiar to fans of Drake’s If You’re Reading This It’s Too Late, which samples the song in “Preach” and “Wednesday Night Interlude.” Attentive listening to Ekali’s single “Be Fine” (featuring Wafia), released in September, reveals sophisticated compositional complexity beneath the glossy surface of the catchy beat.

In addition to musical entertainment provided by these artists, Daybreak will also offers visitors a fleshed-out theme-park-inspired backstory echoing The War of the Worlds, Night of the Living Dead and Zombieland.

“Basically, the idea is that this alien spacecraft has crashed on the farm, and a virus has spread from the aliens and created a zombie apocalypse,” Bond said. “We’re going to have a very Halloween-oriented festival with people walking around in whatever costume they choose to walk around in, but specifically, we’ve got, I think, in the neighborhood of 40-plus volunteers who are going to be dressed as ghouls of one variety or the other.”

But in the case of an actual crisis, Gravitt said organizers, after months of preparation and coordinating with state authorities, have contingencies in place to ensure everyone’s safety.

“We have emergency plans, anywhere from tornadoes to lightning, fires, rain, hail storms,”Gravitt said. “There are a lot of guidelines that we use, from not just our own internal company, but also national companies that have multiple of these events every year. They basically set the standard for protocol, and then we kind of adapt it based upon our specific venue. … I feel, in this case, we have all of our ducks in a row.”