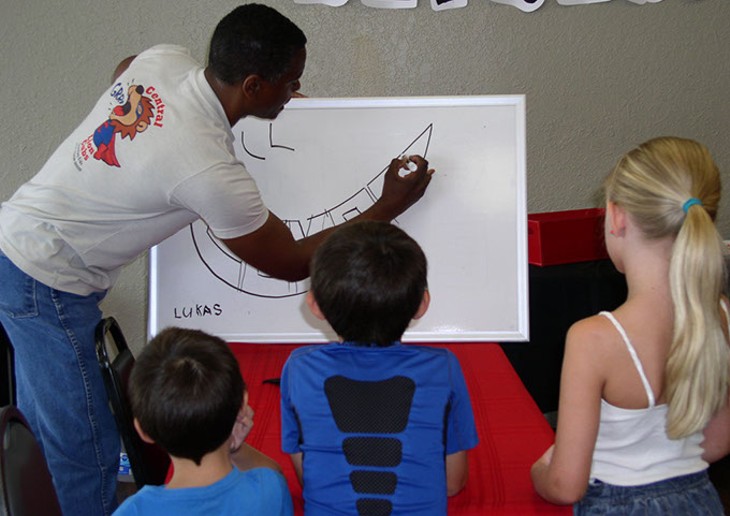 Every day, Danny Gordon finds himself surrounded by packs of dogs. In his Comical Canine Studio and School at 7918 NW 23rd St. in Bethany, every wall is filled with comic-style dogs. Beagle puppies poke out of laundry baskets, a Yorkshire terrier wears a T-shirt declaring, “The World Revolves Around Me,” and a dachshund lets its owner know, “I left you a present.”

Gordon, who has created over 300 images of about 70 dog breeds, found his calling after years in commercial art, but now he uses his self-taught skills to make art accessible to thousands of public school students each year.

He has taught classes in Moore, Edmond and Norman public schools as well as groups such as Girl Scouts of Western Oklahoma, Oklahoma Children’s Theatre and Woodward Arts Theatre in Woodward.

Defying the W.C. Fields advice to “never work with animals or children,” Gordon devotes his time to both. It is a long way from his early days as a commercial artist.

“One of my favorite things to do at schools is to show the kids how my work has evolved over the years,” Gordon said.

Taking out some plastic-sheathed samples of his earliest work, Gordon displays the figurative illustrations he made for C.R. Anthony Co. until 1997, when the stores were bought by Stage. They were exquisitely detailed fashion illustrations that accurately depicted the products but studiously avoided emotion. 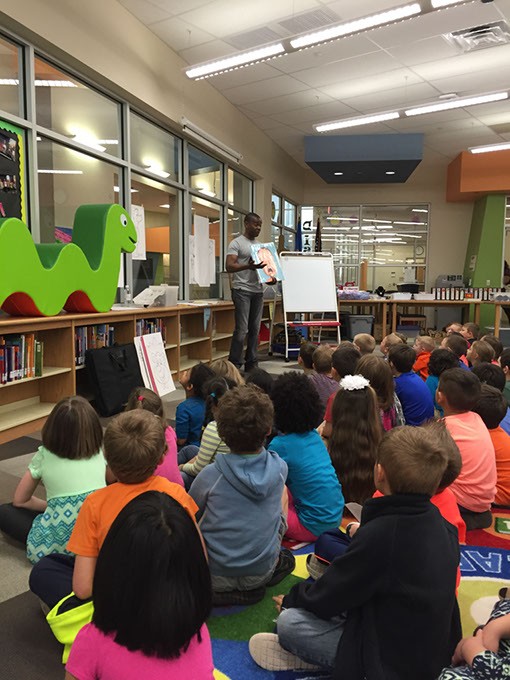 “That kind of work is not very interesting to me these days,” he said.

Given the chance to relocate to Houston and continue working for Stage, Gordon declined and chose to go out on his own, first as a caricaturist and then as a children’s book illustrator. But his Comical Canines series started taking off and signaled the direction he needed to follow.

“You know, there are movies designed to make you cry, make you laugh or make you excited,” Gordon said. “I liked the response of laughter when people saw this new work. I loved that, and it told me where I needed to be.”

Around the same time, in 2000, he started sharing his art in public school settings. With funding for arts instruction at a low ebb, Gordon found that his skills as an artist helped fill an ever-widening void.

When he visits schools, Gordon often uses simple demonstrations that help take some of the intimidation out of making art. In one instance, Gordon quickly draws a Nike swoosh and selects a student and asks their name.

He divides the swoosh into the number of numbers in the child’s name and creates letters from each section.

Every time, he said, the students gasp when they realize they can do these things themselves.

Gordon’s slogan is “Think it, draw it, use it.” He said the children he teaches are only limited by their lack of exposure to art.

As a self-taught artist who began working with colored pencils and markers at age 5 and still prefers them to all over media, he said that such instruction can make a huge difference in how children develop their individual creativity.

“When they start, it’s like having water turned on and not being able to shut it off,” he said. “I consider working with kids to be a gift. I want to make sure that kids are having fun. If they’re having fun, you can hold their attention forever.”