Carol Littleton’s name appears in film credits for some of pop-culture’s best-known films: Wyatt Earp, The Big Chill, The Manchurian Candidate, The Other Boleyn Girl and E.T. the Extra-Terrestrial. When asked which one the film editor was most proud of from her five-decade career, the Oklahoma City native said it was “a difficult question to answer.”

“Every film I work on is with the same intensity and conviction,” Littleton said. “You never know which film will emerge as a classic, like E.T. At the time, you are devoted to it like a child. It is just another one of your children.”

About a dozen years ago, Norman actor and resident Chris Freihofer began a casting agency to make movie and television producers’ jobs easier. When hired by a producer, Freihofer suggested actors and actresses who might be perfect for specific roles based on gender, age and physical attributes. Chris Freihofer Casting has worked with filmmakers Francis Ford Coppola, William H. Macy, Cameron Crowe, Nick Cassavetes and Oliver Stone, to name a few.

“We are about to start casting our fourth film of this year,” Freihofer said in late May. “When I started in 2004, that didn’t happen. We would work on one film a year, maybe.” 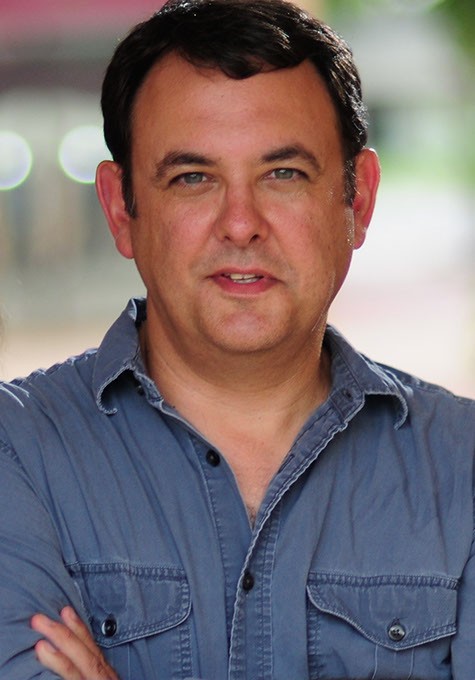 “To be among some of the names honored in the past … I feel very undeserving,” Freihofer said. “But I am so appreciative.”

Among Oklahoma actors and actresses, Freihofer is renowned for introducing locals to major and up-and- coming directors. In addition to his work as a casting director, Freihofer is known for his role as Dan Wachsberger on drama television series Breaking Bad.

Freihofer is a familiar face among deadCenter crowds. He has attended the event for the majority of its 16 years, and this year, he is connected to one of the films. Freihofer co-produced Heartland, written by and starring Velinda Godfrey. Heartland is the story of an artist who returns home to Oklahoma after the loss of a loved one.

“She deals with love, loss and acceptance,” Freihofer said. “She makes some bad decisions falling for her brother’s fiancée. It is a beautiful film. It is really well crafted. The characters are great. The performances are great. I am really excited for people to see this film.”

Recognized as one of the Top 20 Coolest Film Festivals in the World according to MovieMaker magazine, deadCenter has made Littleton’s must-go list for the past several years. However, this will be her first year attending the premier summer event in Oklahoma City.

“I can see it has grown every year exponentially,” Littleton said. “It excites me to see the film festival is part of the larger plan to revitalize downtown and have things for citizens of Oklahoma City to enjoy. I think film festivals are a wonderful event.”

Born in Oklahoma City; raised in Miami, Oklahoma; and a graduate of the University of Oklahoma, Littleton began her film career in the 1970s making commercials. She first worked as a film editor on 1977’s Legacy. In the early 1980s, Littleton was hired to work on director Steven Spielberg’s E.T., which earned her an Academy Award nomination.

“It has become a perennial classic. For a filmmaker, that is the best compliment one could ever have of one’s work,” Littleton said. “When you start a film, you never know how it will be perceived. We were extremely surprised and gratified that the film has done so well all these years. It is just really quite miraculous.”

Littleton said she often meets young filmmakers who say E.T. was one of their first movies to see in theaters. She also meets non-film industry folks who share affection for the film, which sends a message to viewers young and old to follow their hearts.

From 11 to 11:45 a.m. Saturday, Littleton and editor Beau Leland will discuss the art of filmmaking on a panel at ACM@UCO.

With advances in technology and easier access to equipment, Littleton encourages inspiring filmmakers to create.

“Just see what it is like to make one,” Littleton said. “You will discover a lot about yourself when you approach digital filmmaking as an adventure.”