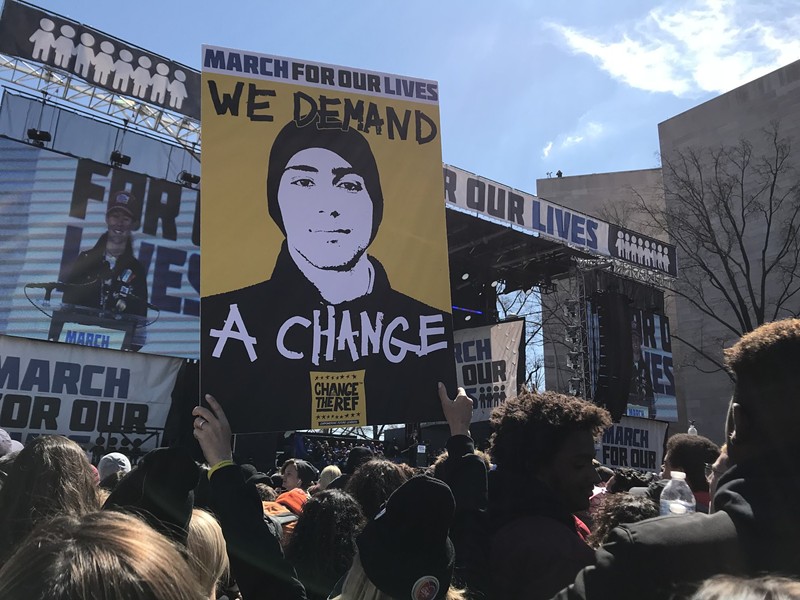 Oklahoma Gazette: When did you decide to make a documentary about the survivors of the Parkland shooting? How did you go about getting in touch with them and actually making the documentary?

Cheryl Horner McDonough: I was inspired to make this film in the immediate aftermath of the tragic Valentine’s Day school shooting in Parkland, Florida in 2018. I heard the anguished voices of the students who have grown up with one mass shooting in America after another, who demanded to know why adults in power were allowing this to continue. From those early days, I sensed that they were starting a movement for gun reform in the U.S. and I wanted to document it as it was unfolding.

There were countless news crews in Parkland in those first six weeks, and many students were overburdened with media requests. As a small, independent documentary crew, we didn't have the resources or access of the TV networks, but we had patience. We took the time to get to know many people in the community, including dozens of teachers, parents and students, and we built trust and relationships slowly.


OKG: Where did you get footage for the documentary? Was it difficult to sort through and put together, or did you have a idea of the direction you wanted the narrative to go?

McDonough: Although there were many producers and camera crews on this project, the film's lead producer and director of photography, Bill Richmond, singlehandedly filmed the majority of the footage. Bill and his producing partner Lori Raimondo traveled the country with our subjects, filming consistently for a period of nine months. Bill's style is tireless. He rolls constantly since you never know what will happen, and as a result, we had an enormous amount of footage. It was certainly difficult to whittle it down, and we could have made multiple films from the footage we have. However, my focus was always on the story of the activism, specifically the efforts of individuals to make meaningful change through peaceful protests.


OKG: Have you encountered any pushback about the film by people who seem to target the survivors and what they're trying to do?

McDonough: Response to the film has been overwhelmingly positive, but you can't make a documentary about gun violence in America without expecting some pushback.


OKG: In the trailer, it seemed like Manuel Oliver, father of Joaquin who was killed in the shooting, really drives the survivors to keep fighting. Does he serve as an encouraging force to keep them going, or do they keep him involved?

McDonough: Manuel Oliver's son was murdered in the shooting at Marjory Stoneman Douglas High School, and he will never stop fighting against preventable gun violence. Activism is not glamorous, it's not a paying job, there are tremendous obstacles, and there is a lot of fatigue. These students and parents have to find the strength to get up and continue the fight every day, and I think the students and Manuel inspire each other.


OKG: What is the most important message in Parkland Rising?

McDonough: To me, the most important message of the film is that change is possible if you are willing to work for it.