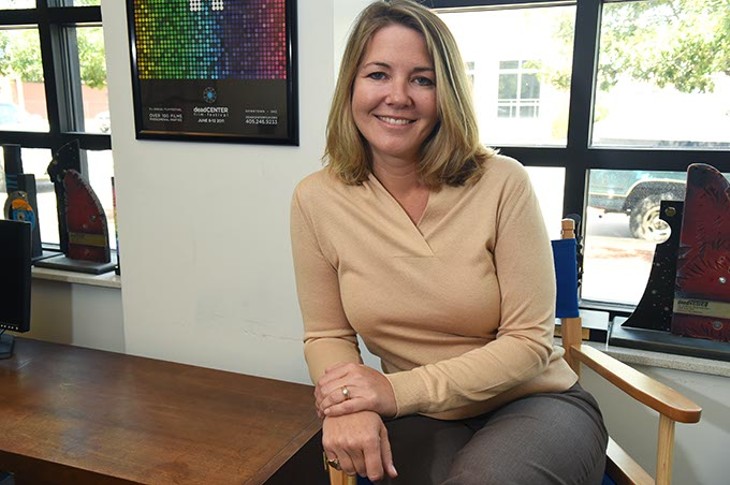 Over the years, Lance McDaniel successfully led deadCENTER Film Festival into more than the small, renegade affair it once was. A product of that growth is the necessity to reorganize and split his position into two full-time roles.

Earlier this month, Lissa Gumerson-Blaschke was hired to take over the new executive director job as she manages business and sponsorship for the state’s largest film festival. McDaniel has been recast as artistic director as he focuses on growing its education and work programs.

The addition brings its full-time staff number to four.

She will further develop the nonprofit’s funding base as well as expanded business and event management.

“Lissa’s not just great on paper, she’s awesome,” McDaniel said. “She has the qualifications, but in person, she’s wonderful.”

She has years of experience in foundation and management, and previously served as director of development and executive director for the Oklahoma School of Science and Math Foundation.

In 2006, she moved to Albuquerque, New Mexico, where she was director of development for the Harwood Art Center, Albuquerque Community Foundation, St. Joseph Community Health Foundation and Escuela del Sol Montessori School before returning to Oklahoma City.

She said she has experience that allows her to help deadCENTER run smoothly as it continues to grow.

“I’m not a creative person,” she said. “I am the person behind the creative person, helping them get funded and helping support them so they can go out and do the work they do.”

The festival has grown dramatically since it launched 15 years ago. In 2001, its two organizers, Justan and Jayson Floyd, featured indie films in one room of Oklahoma Contemporary Arts Center at the fairgrounds, all in one evening.

By June of this year, it had expanded to nearly a week of activities for filmmakers and attendees who itinerate between 10 film-viewing venues across the city. From 2012 to 2015, attendance exploded from 9,500 to over 30,000, organizers said.

As its executive director for five years, McDaniel also expanded its number of volunteers and filmmakers.

This year’s event, held in June, was orchestrated with three full-time employees, 24 community leaders via its volunteer board of directors, 13 longtime volunteers on its advisory committee, 50 film enthusiasts on its screening team, three programmers, 12 invited judges and more than 400 volunteers, organizers said.

The number of filmmakers has grown, as well.

McDaniel said an education and independent film promotion campaign is vital to the further growth of independent filmmaking in the state, but also required an increase in staff levels.

In 2014, McDaniel and Kim Haywood launched an aggressive state tour as part of a part of the five-year plan, which concluded this year.

They visited 30 high schools from August-October of 2014 to promote filmmaking within that age group. They also promoted the concept of local festivals, and helped towns and cities form and strengthen their own events, McDaniel said.

“Basically, by starting these festivals we’re hoping that it’ll get people excited about independent film all over Oklahoma,” he said. “So when some filmmaker like me … thinks they want to make movies, they have examples of others who are doing it.”

This year, the organization was so committed to promoting more state film festivals that, during the actual event, it hosted a summit for their organizers.