Javier Bardem lets the people of Bartlesville do the talking in Thy Kingdom Come.

Javier Bardem is the star of Thy Kingdom Come in the sense that he is far and away the most famous person in each scene. The Academy Award-winning, Spanish-born actor shares all of his shots with some of Bartlesville’s oldest, poorest and sickest people.

But Bardem’s comparative fame and priestly role does not tower above the rest of the project. Instead, the opposite happens. Bardem disappears into the background as the compelling personal testimonies and gripping realism of everyday Oklahoma townsfolk take a captivating lead.

The film takes almost entirely unused footage shot for Oklahoma-born director Terrence Malick’s 2012 feature To the Wonder and stitches it together to form one of the most unlikely — and best — documentaries about small-town life on the fringes of mainstream society that has ever been made. Bardem’s character goes everywhere from local trailer parks to Osage County Jail, speaking with people from all different walks of life. The film also stars Ben Affleck, Rachel McAdams and Olga Kurylenko.

For the filming of To the Wonder, legendary New York-based photojournalist Eugene Richards was hired by Malick to go around Bartlesville (a town in which the director’s family once lived and To the Wonder’s shooting location) and meet real people with Bardem, who was in character as a priest secretly struggling with his own faith. The priest visits the members of his parish who wish to see him, but at the same time, he’s hoping their stories can somehow help him rectify his religious path.

The footage, used only fragmentally in the final cut of Malick’s movie, was intended to give the fictional film an added layer of authentic local flavor. But as soon as Richards began filming in Bartlesville and saw how comfortable people were sharing their life stories with Bardem in his priestly collar, he knew he had tapped into something special.

“We knew right away that it was something that we hadn’t seen before,” Richards said in a recent Oklahoma Gazette phone interview. “Something about sitting down with people and how simple it is and how powerful the story is.”

The subjects of the film knew they were shooting a fictional movie. Richards told them that they could respond in any way to Bardem — with stories from their real lives or something completely fabricated. Without exception, the resulting interviews were not only true stories but often soul-bearing testimonies.

“It’s simply that idea that no one ever talks to them very much,” Richards said. “If you ask people to tell about themselves, they will. They didn’t create fictions.”

Richards was first contacted about working on To the Wonder in 2010. He had previously met Malick at a grant function, and they had discussed his experience as a photographer and his past experience working with priests and social workers.

Meeting Bardem for the first time in Bartlesville, Richards was not sure what to expect. But any apprehension he had before talking to the actor was quickly disarmed by the Bardem’s serene nature.

“I never met an actor before, and he’s always touted as one of the greatest — if not the world’s greatest — actor,” Richards said. “But instead, you meet this preposterously handsome man who is just as calm and nice as you can be.”

One of the things that threw him for a loop was Bardem’s eagerness for instruction. Before they went out filming, Richards and a local Episcopal priest took the time to speak with Bardem about how a priest or social worker acts in the field, emphasizing the importance of listening and not exaggerating any emotions.

"If you ask people to tell about themselves, they will. They didn’t create fictions." — Eugene Richards tweet this

Richards said it was clear that Bardem took the advice to heart. The people in the film knew he was an actor, though their familiarity with his work varied by person. But his patience and willingness to listen seemed to make his identity irrelevant to the interview subjects.

“There was no performance to it, and the people knew it — that this guy was actually listening to them,” Richards said.

But playing a role while interacting with real people was not always easy for Bardem. One interview Richards said the actor had difficulty with was in the home of a former Klansman who openly spoke racist rhetoric.

Even situations when Bardem particularly enjoyed the company of his subjects could lead to challenges. In one scene, he lifts a wheelchair-bound nursing home resident named George from his chair and lays him down on the grass to gaze up at the clouds. That action, Richards said, was frowned upon by the facility’s management and nearly got the crew in trouble.

One older woman Bardem and the crew spoke with fell, hit her head and died only a couple of days after they spoke with her.

“Javier, at one point, actually thought about leaving the film,” Richards said. “I don’t want to speak for him, but he was having difficulty with the idea of going from being a fictional performer to meeting real people. It’s a pretty big jump.”

For the sake of the film and the people of Bartlesville fortunate enough to speak with the actor, it was good that Bardem decided to stay on the project. Richards said the actor did a lot more than play a role. He was a real emotional outlet for so many people without one.

Richards didn’t begin his To the Wonder work assuming that he would end up making a film of his own from the footage he gathered. It would have felt incredibly presumptuous to approach Bardem about collaborating as a completely inexperienced film director. Thankfully, it was Bardem who first suggested out loud that the material they were gathering could serve a great purpose — something that could show actors how these kinds of people actually spoke and acted and how that varies from how they are normally portrayed.

When filming was over, Richards made repeated polite requests for the rights to the film but was routinely denied by Malick’s company. Still, he never relented, and eventually, the company sent him the raw footage.

“They probably just got tired of me,” he said.

Richards immediately began stitching together his own edits with the footage, though he still did not have the rights to use it.

“I knew I shouldn’t have done it because it wasn’t my material,” he said, “but I began to get a sense of what you could do with this material.”

He sent a rough cut to Malick’s company in an attempt to show them what could be done with it. At first, they hesitated but eventually reached an agreement.

Richards said Malick’s company approves of the film and only wished to make it clear in Thy Kingdom Come that Malick intends to go back and do a recut of the film at some point in the future.

Bardem, Richards said, was thrilled to see his work come together as its own film.

“He was ecstatic,” he said. “I don’t know what he had in mind [for the film], but he said it was the film that he had wanted to make.”

Though their filming had a fictional premise, Richards’ photojournalism background likely contributed to Thy Kingdom Come’s documentary feel. He made a point to shoot everything as it naturally unfolded.

“There’s nothing that’s preset or organized or lit,” he said. “It’s all exactly what happened.”

Thy Kingdom Come is a chance to step out of one’s bubble and peer directly into parts of society that are often neglected. It is a humanizing process that drives home the idea of everyone having their own crosses to bear.

“These people aren’t unusual; they’re just not,” Richards said. “Maybe we want them to be, but they’re not.” 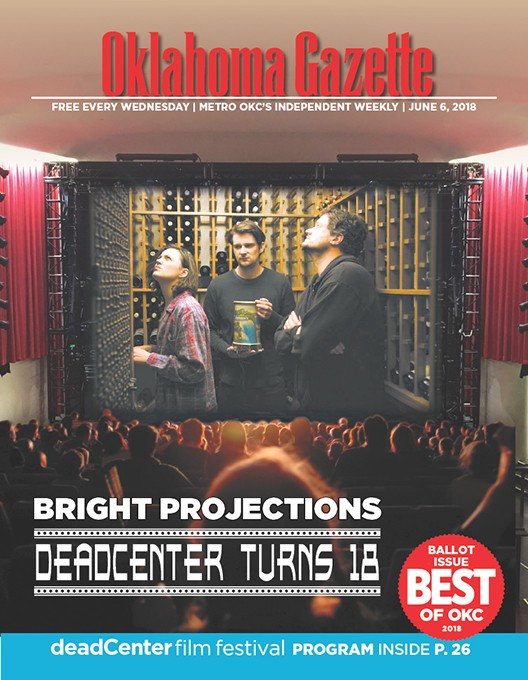