Fortunately, the caller was just looking at a person-sized bit of movie magic created by the WAFTI Show team for their entry The Bar at the End of the World.

“At the end of The Bar at the End of the World, there is a fake dead body that’s hanging from the rafters of the stage,” said producer John Souders. “When we were done filming, we threw it in a dumpster and it was seen by another person that thought it was a real body.”

The 48 Hour Film Project, now in its eighth year in Oklahoma City, challenges filmmakers to complete an entire short film in the course of a single weekend. Typically the emergencies that arise during the competition are artistic differences or technical issues that don’t merit police investigations. Ben Hlavaty, who has served as producer for the project for six years, said the purpose is to get filmmakers to give themselves a strict deadline and then figure out how to meet it, often through imaginative, improvised problem solving.

"If you’re not doing it for the fun of it, why are you doing it?" — Brian Gililland tweet this

“You’re kind of forced to be creative and it really makes your creative juices flow,” Hlavaty said. “You’ve got to work with people you might not know that well, ’cause you build a team and get people that have specific skills that you don’t have. You put this team together and you kind of learn a lot about yourself over that weekend — how well you cope with intense pressure … and see how you work on no sleep, because nobody gets any sleep that weekend. It’s a tiring process, and it kind of pushes you.”

To ensure that the film is created entirely within the 48-hour time period, participants must draw the genre for their film from a hat 7 p.m. July 20, at Tower Theatre, 425 NW 23rd St., when they’ll also be informed of a specific prop, character and line of dialog they must include. The finished product, a short film 4-7 minutes long, must be turned in by 7:30 p.m. July 22.

Hlavaty, who works as a digital media instructor at Eastern Oklahoma County Technology Center, said he encourages his students to participate in the project because it’s a hands-on introduction to the filmmaking process and teams are always looking to add members at all experience levels.

“You always need more help on a shoot like this because there’s never enough time, and there’s never enough hands to get it done in such a short amount of time,” Hlavaty said. “We have a lot of people that show up to the meet-and-greet events that have no filmmaking experience whatsoever. They just want to know what it’s about, and the filmmakers are like, ‘Hey, if you want to know, come hop on our team,’ and they can get an opportunity to see what it’s like and see if it’s something they’re interested in. Whether they like it or not for a career, they’re like, ‘You know, I had a great time working on that. I want to do it again.’ Nine times out of 10, people just can’t wait to do it again next year.” 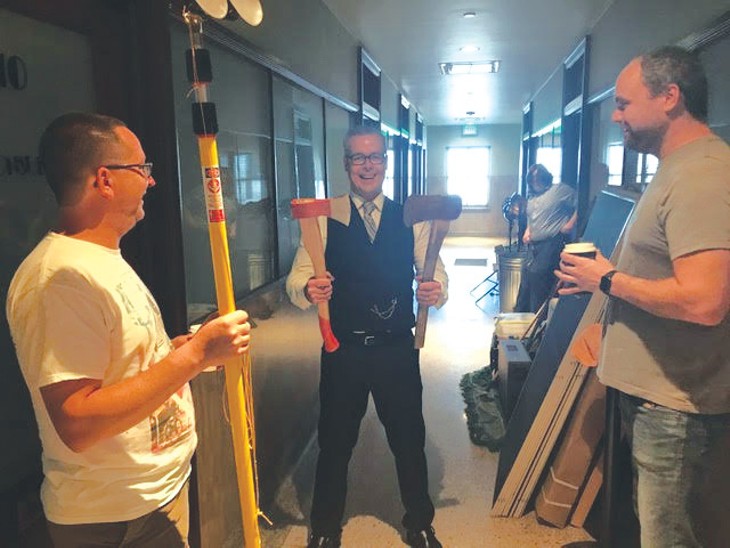 Brian Gililland, who has led the Okie Show Show team in competition for three years and will serve as a judge in this year’s competition, said that as an experienced professional filmmaker, he still looks forward to the 48 Hour Film Project every year.

“As a sound guy, I work on everybody else’s stuff constantly, and sometimes it’s super fun and sometimes it’s just mind-numbingly bad,” Gililland said, “but for 48 … I get to come together with the whole group of my friends and just get to spend the weekend with them making something that was super fun, and just doing it because we love film.”

The Office Case, the film Gililland’s team completed in last year’s project, won eight awards including best film — their second time earning the top prize. However, Gililland said that winning awards is the wrong goal to have when making a movie in 48 hours.

“My number one word of advice is just, ‘Have fun,’” Gililland said. “If you’re not doing it for the fun of it, why are you doing it? I think too many people get into the 48 with this personal expectation. They just want to win … and that might be great for that one guy who wants to slap his name on the movie as a ‘Whatever Production,’ but for the team, it’s not a whole lot of fun. It’s super stressful. It eventually just seems kind of like a waste of time, a waste of effort. When you’re doing it for the pure fun of it and you’re doing it for the celebration of film in the first place, it just makes it so much more of an enjoyable experience for everybody and so much more rewarding for everybody. I feel like you get a lot better stuff out of it anyway because everybody’s there for a purpose. … What you don’t want to do is do the 48 and then lose all of your friends.”

Last year, Hlavaty said 31 teams initially set out to make films in 48 hours and three teams failed to finish within their allotted time. One of those teams, as chronicled in Souders’ The Documentary at the End of the World, was WAFTI Show, who turned their film in one minute late because they couldn’t get it transferred to a flash drive in time.

“You’re sitting there watching this data transfer,” Souders said, “and then you’re watching the clock at the same time and it’s like, ‘85 percent transferred. One minute left.’ And you’re like ‘Wait!’ … That’s a hard thing to deal with.” 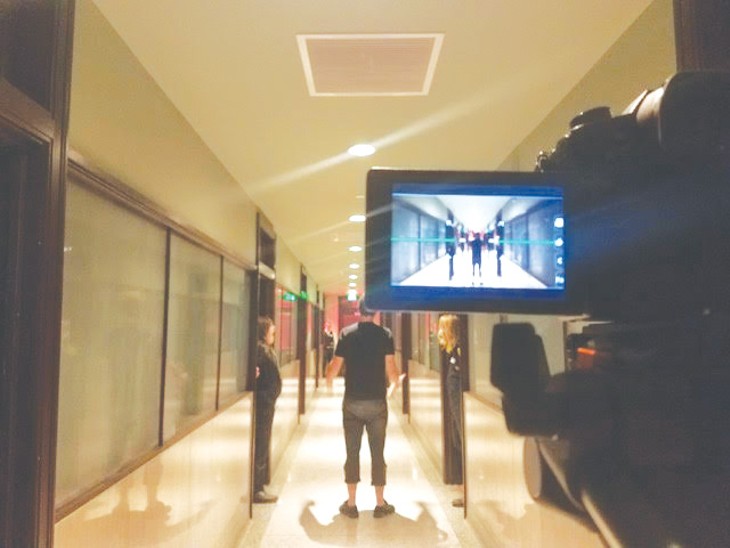 The Bar at the End of the World was still included in the screening and won an audience choice award. Souders recommends the 48 Hour Film Project to aspiring filmmakers and anyone curious about how movies are made.

“Not only is it a great way to get your foot in the door and learn how to make a film, it is the most valuable networking experience that you’re going to get in this filmmaking community,” Souders said. “Not only is it rewarding, it’s a high unlike any other.”