The recent shooting of a teenager by Edmond police elicits outrage. 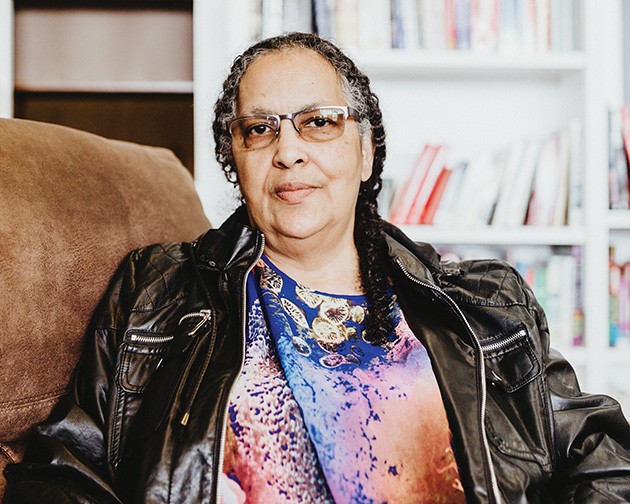 Isaiah Lewis, an unarmed 17-year-old, was shot and killed by police on April 29 following an on-foot chase through a residential neighborhood. At this stage in the investigation, little is known about the circumstances surrounding Lewis’ death. Edmond Police spokesperson Jenny Wagnon identified two of the officers involved as Sgt. Milo Box and officer Denton Scherman.

Lewis took off his clothing at some point during the chase and was apprehended roughly an hour after the first 911 call was made. Sgt. Box and Scherman arrived in an unmarked police car and found Lewis had entered the home of a stranger nearby. The events resulted in Lewis being both tased and shot.

Box and Scherman are on administrative leave; a preliminary medical examiner’s report found Lewis was shot multiple times. Snopes reports a more detailed autopsy is pending that will include a toxicology report, as several witnesses reported “erratic behavior” from Lewis.

Wagnon also confirmed that none of the officers involved were wearing body cameras, later revealing that Edmond Police Department has only four in use. According to the department’s website, close to 70 officers are assigned to the patrol division alone.

“People get blown away by the police on a regular basis in this state,” Landry said. “And some of them are armed and dangerous, but the vast majority are not. It’s a pattern; it seems to be a policy. It’s not the written policy, but it’s the unwritten policy that actually plays out. If you encounter the police, you’re likely to not survive the encounter.”

A report by mappingviolence.org that recorded police killings nationwide from 2013 to 2017 found that Oklahoma is second only to New Mexico in terms of fatal encounters per capita with rates of 9.9 and 8.1 respectively. Oklahoma ranked first in terms of African American people killed by police with a rate of 27.37 deaths per person, narrowly beating out Utah’s rate of 27.32.

Dickerson discussed the double standard between how white and black men are treated by police, specifically citing 19-year-old Michael Elijah Walker, who was escorted from his Edmond home in handcuffs March 4 after killing both of his parents and threatening remaining siblings. According to KFOR, police also discovered a cache of weapons and homemade bombs at the house. 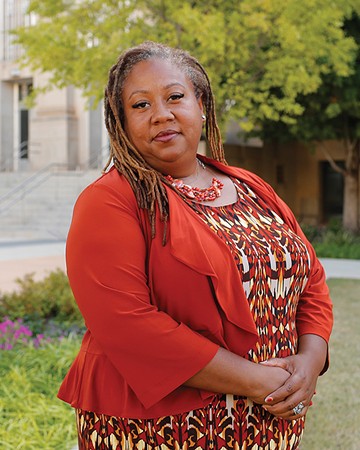 “That young man was escorted out of the family home, literally with blood on his hands, without a scratch on him,” Dickerson said. “After having murdered his parents and trying to murder his siblings. He was armed. He was dangerous. He had murdered two people, and he was trying to murder a couple more, but Edmond PD was able to de-escalate that, despite his possession of a weapon. Nonetheless, four adult trained law enforcement personnel were unable to subdue a naked 17-year-old. These are murders and homicides. Many of our law enforcement agencies, they’re more interested in covering up the truth as to what happened and saying they were in fear for their lives, as opposed to being honest and saying our officers have an issue.”

Much of the work the local Black Lives Matter organization does is in response to police brutality and mistreatment.

“Ideally, activism would look like doing something about prevention, but we haven’t made any traction doing that,” Landry said.

As executive director and organizer for the group, Dickerson continues to be heavily involved in the process of bringing information and justice to Lewis’ family.

“We’re trying to bring attention to it, push for transparency and honesty and demand that charges be filed,” Dickerson said.

Local hip-hop artist Jabee has also been an outspoken critic of the Edmond Police Department following the shooting of Isaiah Lewis. He has been active in his criticism on social media, pointing out the racial disparity in police treatment. He was similarly critical of Oklahoma City Police Department’s treatment of 14-year-old Lorenzo Clerkley, who was shot by police while playing with BB guns in an abandoned home.

“Many of our law enforcement agencies, they’re more interested in covering up the truth as to what happened and saying they were in fear for their lives as opposed to being honest and saying our officers have an issue.” — T. Sheri Dickerson tweet this

“Whenever I first heard it, I heard that there was a young man running around in Edmond,” Jabee said. “I initially thought it was a white man, but when [I heard] that they killed him I thought, ‘Oh, he had to be black.’”

A rally was held on May 3, followed by a march from Lewis’ school to the Edmond Police Department headquarters. Jabee and Dickerson attended both the rally and the march and spoke to honor Lewis and demand justice for his death.

“They were going to interview the officers involved, and that interview will determine what we need to do next,” Jabee said. “Depending on what happened from the interview, the officers have to be held accountable. You can’t just kill someone and that be it.”

Lewis was set to graduate May 18 from Boulevard High School, part of Edmond Public Schools. Instead of celebrating his accomplishments, they are now mourning his loss and grieving for him.

Dickerson wants to see more information given to the family.

“I want to see his character won’t continue to be disparaged and destroyed,” she said. “The truth will be told, the Edmond Police officers will be charged and convicted. True justice will mean that the programs, the training and the system are installed, like body cams, to where this doesn’t happen again.”

The community continues to wait for key details surrounding Isaiah’s death and the consequences for the officers involved.