Deadpool offers Ryan Reynolds the role he was born to play 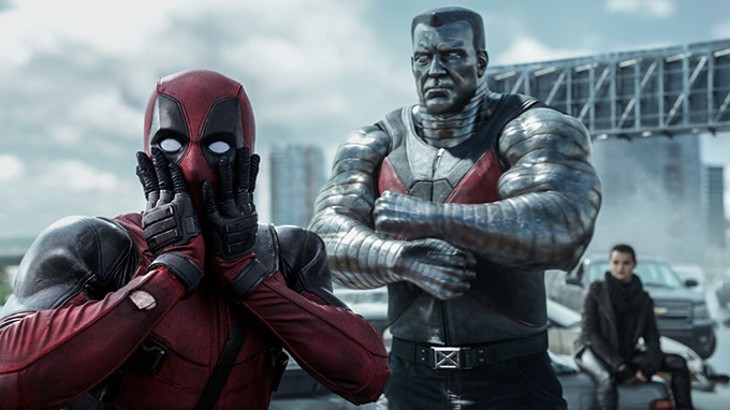 From the exhilarating explosion of nitro-fueled snark that serves as its opening credits, first-time feature director Tim Miller’s Deadpool subverts most viewers’ expectations of a modern comic book adaptation. The film finally unites Ryan Reynolds with his dream job, resulting in an uncompromised, super-nasty blast that is perfect for adolescents of all ages.

Fair warning to purists with more Deadpool background knowledge than the average viewer: This is an origin story. It’s the studios’ fault that “origin story” now ranks as a major eye-roll inducer among comic book enthusiasts. By the time Jon Watts’ Spider-Man reboot hits theaters next year, Sony will have released three different retellings of Peter Parker’s fateful atomic spider bite. So, superfans of the Deadpool comic books can be forgiven for grousing about a foundation installment on how Wade Wilson became Deadpool.

But the Deadpool character only dates back 25 years; he’s something of a cult antihero, and in his earliest incarnation, Fabian Nicieza wrote him as a supervillain. If there was ever an instance in which an origin story was essential in setting the record straight and not just a lazy franchise-launching strategy, Deadpool is it.

Deadpool begins with an extended sequence of mass carnage as our antihero uses his superhuman strength, accelerated healing and hyper-charged motor mouth to track down his immortal enemy Ajax (Ed Skrein). From there, the film dives deep into Wade’s past as a former soldier turned urban mercenary, his love affair with prostitute Vanessa (Morena Baccarin, Homeland), his stage-four cancer diagnosis and his recruitment into the Weapon X program in exchange for a painful cure executed by Ajax that leaves him horribly disfigured but impossible to kill.

What sets Deadpool apart is its refreshing lack of filter and utter disregard for anyone’s feelings. The superbly acerbic script by Rhett Reece and Paul Wernick channels the same scabrous energy the team brought to 2009’s Zombieland, complete with fourth-wall breakage and haphazard timelines. Most of all, Wernick and Reece excel at impishness, which makes them ideal for feeding lines to Reynolds.

This isn’t Reynolds’ first stab at Deadpool; he appeared briefly as Wade Wilson in the largely regrettable X-Men Origins: Wolverine in 2009, and since then, he has had a rough go at being the thinking person’s action star. With his natural facility for sarcasm and wry delivery, Reynolds is like prime Chevy Chase with an 8-pack, but subpar material like odious Green Lantern did little to showcase Reynolds’ comic potential. Deadpool serves as the ideal course correction, giving him about 90 percent screen time and almost the same percentage of gold-plated verbal jabs.

In terms of tone, this Marvel production has more in common with the studio’s dark and caustic series for Netflix, Daredevil and Jessica Jones, than it does with most of its theatrical releases. Sure, Deadpool shares some mutated comic book DNA with the X-Men, but he cannot live within the strictures of a PG-13 world. When they do cross paths in Deadpool with appearances by Colossus (Stefan Kapicic) and fiery emo girl Negasonic Teenage Warhead (Brianna Hildebrand), the denizens of the Xavier Institute for Higher Learning seem permanently bewildered by Wade. They might share the Marvel Universe, but they’re many worlds apart. 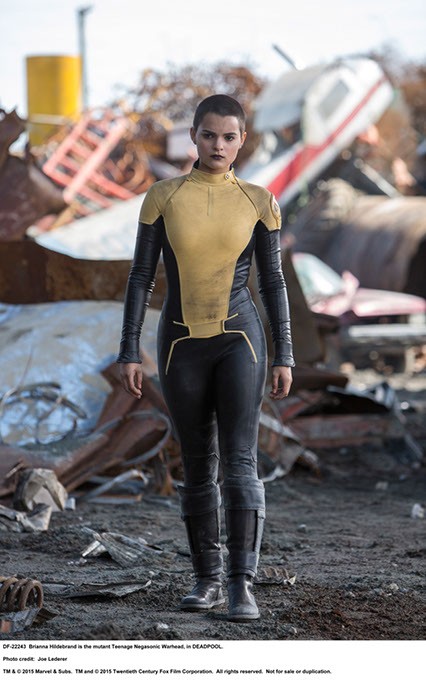 Hard-R chicanery in a superhero/vigilante film isn’t new: Kick-Ass and Kick-Ass 2 executed a full deployment of profanity, but it felt more like a stunt when Hit-Girl let loose with the trash talk. Reese and Wernick’s neat trick is bringing the big laugh when it’s least appropriate, and that’s really Deadpool’s chief personality trait — he is a massive id with a microscopic superego. Wade says and does everything he wants, sometimes to the detriment of himself or those who care about him. A major story segment of Deadpool would not even happen if Wade could keep his mouth shut.

Apart from Reynolds, Baccarin (whose genre credentials in Firefly, The Flash and Gotham make her an ideal choice here) and comedian T.J. Miller’s Weasel, Deadpool is refreshingly lightweight on star power. This means the supporting cast gets salted with capable character actors like 73-year-old Leslie Uggams, who plays Wade’s foul, geriatric roommate Big Al and wraps up her most memorable role since 1977’s Roots.

Deadpool earns its laughs, puts Reynolds where he needs to be and builds what could possibly be Marvel’s most interesting film franchise. With the basic story of “merc with a mouth” now told, Deadpool films can go on as long as Wade Wilson’s hyperactive cells keep regenerating.