Debut EP from The So Help Me's is existential bliss 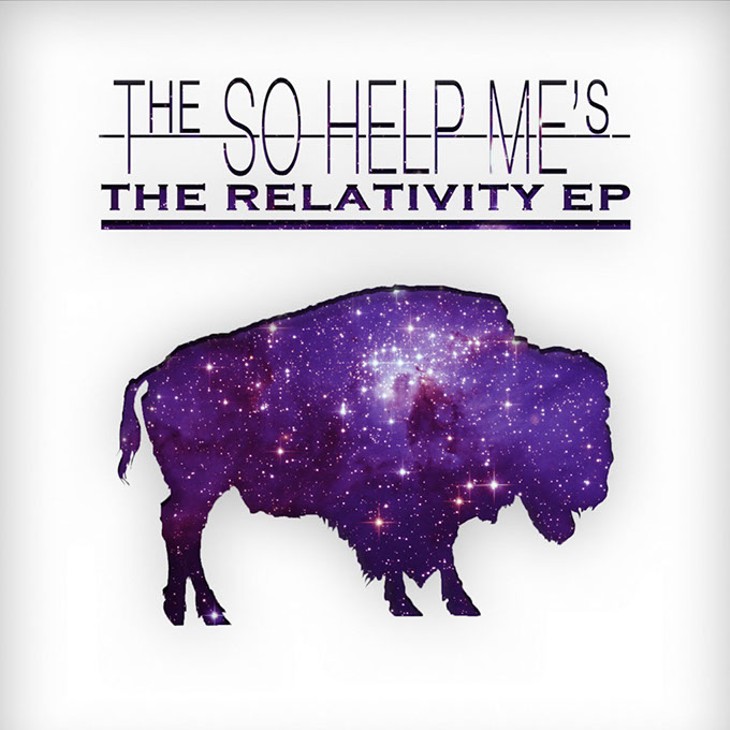 The So Help Me’s aren’t afraid to take chances on The Relativity EP. It doesn’t take an Einstein to realize those risks pay off in a big way.

The self-described existential rock band is led by the tandem vocal efforts of Lindsey Cox and Bailey Pelletier. The Oklahoma quintet’s debut, four-song EP pulls off a dreamy mesh without being overly ethereal. A full-length follow-up album is planned for later in 2016.

The first track, “Blue Fox Drive,” is the EP’s best and most addicting song. The lyrics and clean vocals are immediately apparent. Cox and Pelletier sound similar, yet complement each other so well.

“Blue Fox Drive” is Relativity’s most kinetic moment. The words might sound light and gentle, but the drums and bass hit hard enough to keep this band rooted. An echoing outro ushers us into the next song in a thrilling way. Even after the first play, the listener can’t help but wonder what else The So Help Me’s have in store.

On “Trails,” we’re shown once again that the band is at its best when Cox and Pelletier are harmonizing together. Again, the precision rhythm from drummer John Stewart is a standout. The third song, “Apollo,” is appropriately named. It’s a more spacey, even-keeled moment than the previous two tracks. It’s a song of search and journey and might be the band’s best example of lyrical prowess.

“I cannot make the stars move; I am just one man,” the lyrics say. Much of the song — and Relativity in general — explores the smallness young people often face when first forced to take the world and its pressures head-on.

The closing number, “Wolf Mountain,” sets off in a marching cadence with folky vocals. It’s a fitting but not spectacular end to the EP, which at four songs and about 20 minutes, is a perfect length for the material included.

Though not a flawless release, the band’s debut project doesn’t include much to quibble about. The challenge moving forward will be translating its formula for success into a full-length format. The So Help Me’s soft wonderings and trancing backdrop worked well as a brief listen but could play itself out in a stretched runtime.

It’s no challenge the young musicians aren’t capable of meeting, especially if they keep thinking outside the box. On more than one occasion on Relativity, the band breaks into a captivating and unexpected outro or bridge. As long as Cox and Pelletier are harmonizing together, it’s hard to imagine this act turning too stale.

The dreaminess and existentialism The So Help Me’s refer to are primarily rooted in the vocal performance and lyrics. It flirts with the avant-garde, but honestly, a lot of the singing is reminiscent of an older church of folkloric sound.

It’s not clear who in the group is responsible for writing the songs, but they’re doing a good job. There are times the band could benefit from being more straightforward and less mystic or philosophical, but part of Relativity’s appeal is the need to relisten and fully digest the message. It’s easy to see the EP appealing to a young, local crowd seeking guidance in a state that sometimes seems dead-set against progress.

To stream The Relativity EP, search The So Help Me’s on Soundcloud or visit thesohelpmes.com.

Print headline: Help sought, The So Help Me’s are primed for the future following a strong introductory EP.