Decades in the making, city set to realize Core to Shore vision

Almost a year after Oklahoma City formally opened sprawling Scissortail Park south of the central business district, three other big park projects that would fulfill the long-held vision of connecting downtown to the Oklahoma River and to the southside are in progress.

When plans were drawn to relocate an obsolete and crumbling section of Interstate 40 several blocks to the south on the heels of creating new recreation along the Oklahoma River corridor through the first MAPS initiative, city leaders saw a unique opportunity: Create a park system to tie together the city’s core with a huge area of outdoor recreation and green space.

The final plans for the lower park area are almost complete, and the project will be out for construction bids in the coming months. Once work starts on that 28-acre parcel, it should be complete by mid-2022. 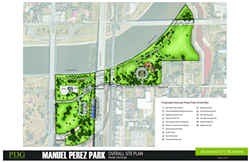 Currently, substantial improvements are also being made at Manuel Perez Park, just south of the Oklahoma River and east of Robinson. In addition, long-range plans are being forged for Wiley Post Park, also on the south shore of the river and to the west, which could include a pedestrian bridge spanning the water.

When Scissortail, Perez and Wiley Post parks are combined, the result will be almost 130 acres of new and completely renovated park land, plus another 14 in Myriad Botanical Gardens. Additionally, the nearby Boathouse District continues to add attractions, with a new surf machine and zip lines set to join the existing boathouses, fitness court, bike pump track and whitewater facility on the north side of the river. 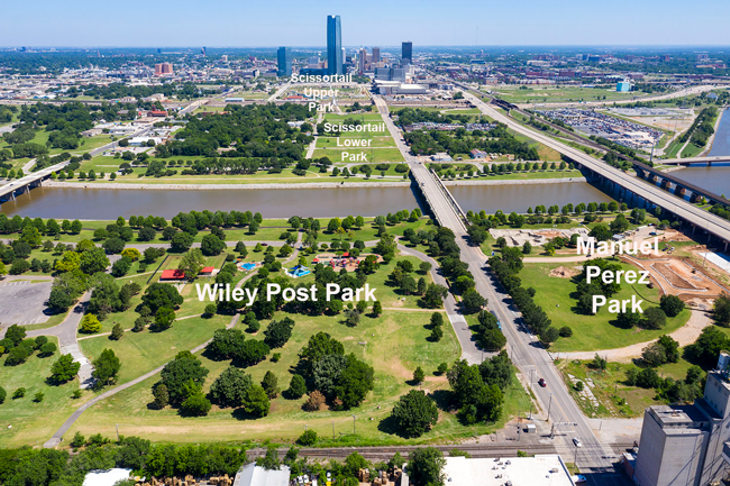