Researchers find a link between expanding Medicaid for low-income adults and insuring children. 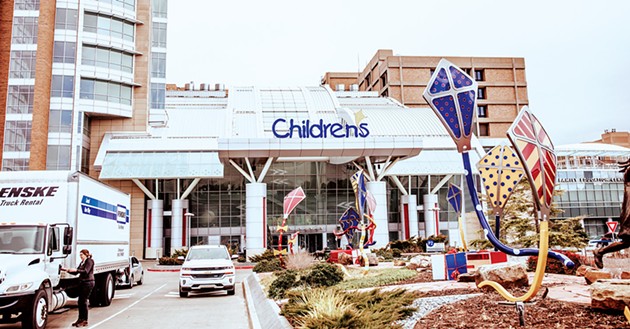 A damning statistic has been making headlines across the nation since its release in November. According to a nearly decade-long study conducted by researchers at Georgetown University Center for Children and Families, for the first time since 2008, the number of uninsured children across the United States has increased.

“The nation’s many years of progress in reducing the number of uninsured children came to a halt and reversed course in 2017. Despite an improving economy, national political trends reinforced the notion that publicly funded coverage was at risk. With a decline in the number of children enrolled in Medicaid/CHIP and non-group coverage, including the [Health Insurance] Marketplace, the uninsured rate went up,” researchers Joan Alker and Olivia Pham wrote in their study’s conclusion.

Alker and Pham began collecting data from health care authorities in all states in 2008 and saw coverage for children increase in all years but 2017. In 2008, the number of uninsured children in the United States stood at 7.6 million, according to the study. That figure declined gradually each year, and in 2016, the rate was 3.6 million.

For the first time since the study’s inception, Alker and Pham noted that the uninsured rate rose from 3.6 million in 2016 to 3.9 million in 2017, effectively leaving 276,000 fewer children without health coverage.

Oklahoma Healthcare Authority (OHA), which oversees the state’s Medicaid program, SoonerCare, released statistics showing that the decline of health coverage for children was seen in Oklahoma as well, where about 3,000 additional children went uninsured last year.

While some news reports mention that those who lost coverage in 2017 might be illegal immigrants hesitant to enroll their children in state health care programs due to a fear that enrollment could lead to deportation, OHA spokeswoman Katelynn Burns said any reference to the demographics of children who went without health care last year is speculation since data on those children is lacking.

“What we saw in the national data is that the majority of uninsured children are citizens,” Alker said. “There was a statistically significant increase in the number of Caucasian and African-American children that are uninsured.”

According to OHA, there are currently 519,171 children enrolled in SoonerCare with the majority of children classified as Caucasian.

“Children age 18 and younger are the largest number of enrollees in the SoonerCare program, at approximately 65 percent,” OHA’s website states. “All children enrolled under the SoonerCare program can receive a vast array of treatment and services such as inpatient and outpatient hospital, dental, behavioral health, prescribed drugs and child health services.”

According to a 2015 study by Georgetown University Health Policy Institute, health insurance for adolescents results in better life outcomes during youth and beyond.

“Children with health insurance are more likely than those who are not covered to receive early care for health problems, and they are at lower risk for hospitalization,” David Murphey, the study’s author, said. “There is growing evidence that when children (particularly those eligible for public health care insurance) have coverage, they are not only more likely to get care but also more likely to have improved outcomes — in health, of course, and in other important areas of life as well.”

In his study, Murphey describes how a lack of health insurance during adolescence results in a greater likelihood of developing high blood pressure, heart disease, diabetes, obesity and premature mortality in later years.

Likewise, Murphey said, children who have medical insurance go on to receive better reading scores in school and higher rates of high school and college graduation and are more likely to gain employment and contribute financially to the communities they grew up in.

Recently elected District 40 state Senator Carri Hicks said she knows how important it is for children to have health insurance from personal experience.

Hicks’ son has type 1 diabetes, and before she and her husband Spencer had children, there was a time when they both were uninsured.

“I think the perception some people have of the people on SoonerCare is so negative and inaccurate,” she said. “Forty percent of working individuals in our rural communities are uninsured. There was a time when both my husband and I worked but went without health insurance as well. Expanding Medicaid is a nonpartisan issue, especially when it could mean providing health care for children.”

Hicks said she will work with legislators in 2019 with the hope of expanding Medicaid in Oklahoma, a move she believes could indirectly impact the number of insured children in the state.

After former president Barack Obama signed the Affordable Care Act into law in 2010, states were given the opportunity to expand their Medicaid programs with federal funds. While an offer to fund about 90 percent of costs for Medicaid expansion in the 14 states, including Oklahoma, that have declined to expand coverage still stands, the issue has been met with division and controversy in the Sooner State for almost a decade.

In 2012, Gov. Mary Fallin announced in a press conference that expanding Medicaid would not be an option under her tenure.

“It does not benefit Oklahoma taxpayers to actively support or fund a new government program that will ultimately be under the control of the federal government, that is opposed by a clear majority of Oklahomans and that will further the implementation of a law that threatens to erode both the quality of the American health care system and the fiscal stability of the nation,” she said.

“We cannot create … more dependency on our state because that is going to be a tremendous detriment to our state,” Stitt said during a gubernatorial candidate debate in September.

The 10 percent that Oklahoma taxpayers would be responsible for after federal funds are received for Medicaid expansion would amount to about $100 million.

In an editorial published by The Oklahoman in October, editors stated, “Put simply, the cost of Medicaid expansion comes with trade-offs that include slower job growth and reduced government spending on other priorities like schools. Policymakers who support Medicaid expansion need to be upfront in facing that reality.”

Hicks said the reality is that claims like that are simply untrue.

“The top priorities in this state are health care and education,” she said. “That doesn’t mean that we have to choose between funding one or the other.”

A healthier workforce, Hicks said, would result in a better economy, a healthier state and healthier families.

If Medicaid expansion were to occur in Oklahoma, Burns said, SoonerCare’s policies would shift only by accepting otherwise “able-bodied adults” who meet certain income criteria.

Alker and Pham’s findings suggest that other shifts, including a change in the number of children insured, might occur as well.