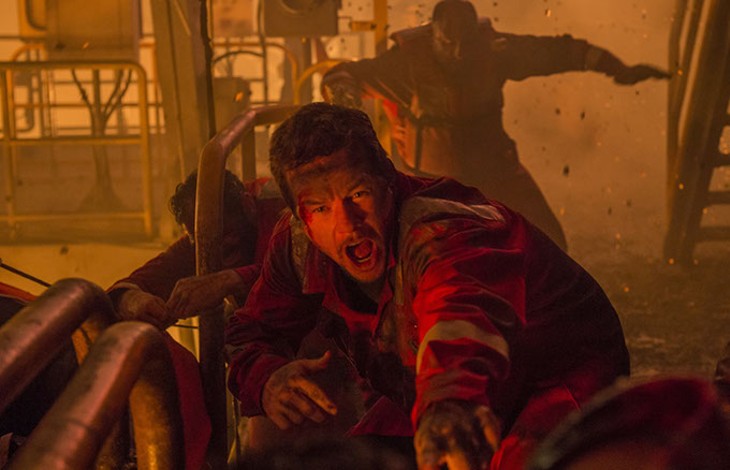 In a rare display of taste and intelligent creative decision making, Deepwater Horizon is the best possible film mainstream Hollywood could make about the events of April 20, 2010, when the Deepwater Horizon oil platform exploded 35 miles off the coast of Louisiana. The sheer horror of the disaster is recounted at breakneck speed with almost no breaks for exposition, creating a realistic air of pressurized chaos and catastrophe.

Director Peter Berg shows no apparent interest in oversimplified explanations of how the rig caught fire and set off what’s often called the worst environmental disaster in U.S. history. In fact, precious little of the technical dialogue will make sense to people who aren’t petroleum engineers, but Berg makes it clear that his characters know what they’re doing, and in this kind of storytelling, that’s the most important thing to understand.

Deepwater Horizon’s guides to the unfolding disaster are Mike Williams (Mark Wahlberg), who is the facility’s chief electronics technician who can rattle off a matter-of-fact list of what works and what doesn’t on command, and crew chief Jimmy Harrell (Kurt Russell), whose down-to-earth leadership inspires unerring loyalty among his charges. These are people who speak with their own dialect, a kind of oil platform patois generated from close quarters and a common mission, and it lends depth and reality to how these men and women interact once the dominoes start to fall.

Those dominoes are knocked into action by British Petroleum (BP), which leased the platform from Transocean, one of the largest offshore drilling companies in the world. With drilling seven days behind schedule, BP executives Donald Vidrine (John Malkovich) and Robert Kaluza (Brad Leland, Friday Night Lights) demand to go forward with operations despite Williams’ insistence that the Deepwater Horizon required necessary repairs and maintenance.

Berg and screenwriters Matthew Michael Carnahan and Matthew Sand make it clear where the blame lies for what follows. In Deepwater Horizon, there is no equivocation, but neither is there any editorializing or excessive speechifying over BP’s culpability.

This honesty is something Berg cultivated with 2004’s Friday Night Lights and the subsequent TV series: a close-in, naturalistic depiction that occasionally raids the documentary filmmaking toolbox. With Deepwater Horizon, Berg’s work occasionally resembles the intimacy of filmmaker and former journalist Paul Greengrass, who brought his experience with documentaries to bear with Captain Phillips and the Bourne films.

Deepwater Horizon looks a lot like an impossible documentary, the kind of chronicle that would be shot if filmmakers had foresight and didn’t fear for their lives.

These attributes are not displayed sufficiently in the film’s landlocked opening scenes, which jam too much unnecessary foreshadowing and portent into the proceedings. But it is important to see Williams at home to establish background and stakes for his survival. Kate Hudson, who portrays Williams’ wife Felicia, scores some points in what is typically a thankless role showing that the Williams family has two strong leaders. Meanwhile, back on Deepwater Horizon, Russell, Wahlberg and Gina Rodriguez (Jane the Virgin), who plays rig worker Andrea Fleytas, ably depict how these real-life workers stayed the course until there was no other option than escape.

Deepwater Horizon stays focused on the event itself and only references the ensuing environmental disaster in postscript — a smart move, given that the impact of the oil spill and the global response is worthy of its own cinema vérité depiction. That film should be made, and given how well he executes Deepwater Horizon, Berg should consider doing it.