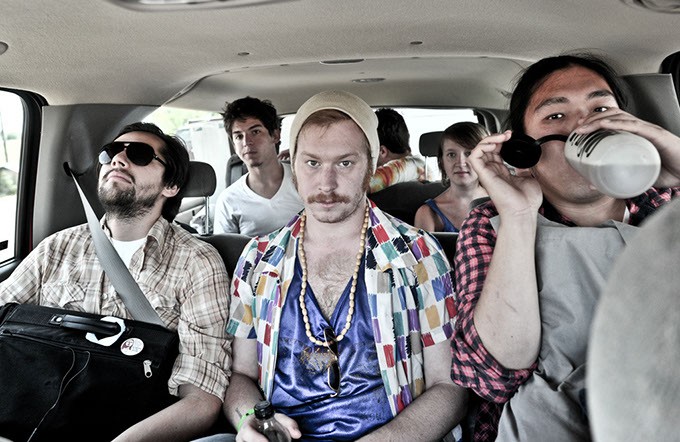 Translating a live performance to an album is perhaps the most difficult thing for a band to do, especially when that band is excellent live.

And particularly when that band has such a frenetic level of energy that just being in the venue with it induces a state in which it’s impossible not to laugh and scream and wonder why all bands don’t have this kind of stage presence.

Stage presence is a little misleading when it comes to Deerpeople, the half-Oklahoman, half-Texan band that formed in Stillwater when frontman Brennan Barnes and drummer Jordan Bayhylle started assembling the pieces in 2008. Barnes is as likely to be on stage as he is to be in the crowd.

Deerpeople’s live show has been just about the only way to fall in love with the band since its beginning, but now, its first album, There’s Still Time for Us to Die, has finally been released. Longtime fans were worried about how that gleeful, live show lunacy would translate to a record. 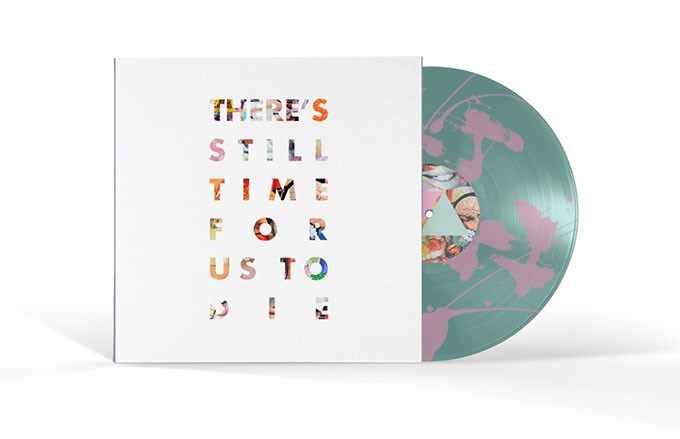 Kendall Looney plays flute and adds vocals to several tracks. She’s slight, but when she stands center stage like a pixie axis mundi, the band swirls around her and it’s apparent she is a counterpoint to Barnes’ near-manic zeal.

So, how does it an album capture that dynamic?

The album is 12 cuts, and it manages to present the band in a way longtime fans will appreciate. It is polished and produced well, and the intensity, along with its rough edges, is still there. Barnes’ voice moves from growls and shouts to distorted, garage band delivery, but his range is impressive and his pitch impeccable. These are not amateurs; these are talented musicians making music because they love to.

All the members participate in songwriting. Looney said that they get together with an idea — and it doesn’t seem to matter who comes up with it first — and then the band members start offering suggestions for lyrics. The lyrics might be the easiest part, given that the instrumentation includes Alex Larrea on guitar, Derek Moore on bass and Julian Shen on any of three instruments: keys, violin or accordion.

Just orchestrating that selection is a challenge, but Deerpeople does it well.

The song “Impala Abdul” is a fantastic way for new fans to “meet” the band, and longtime fans will be glad that it made the track list. From the hard-driving “She Skates Boards, and She Gets Real High” to the down-tempo, balladesque “Rusty & Michelle,” the album showcases a wide range of styles and instrumentations, including the expected moody and atmospheric on “Reprise Pt. 1.”

It is fair to say that listening to the project might affirm some people’s insistence that Deerpeople is a “psychedelic rock band,” but hearing Shen play violin pizzicato on “Rusty & Michelle” indicates that this is a creative, unique band that makes damn good music in ways that no one else does right now.

The band just returned from a quick mini tour of the East and Midwest, so it has yet to plan a date for its album release party. But get ready because it’s coming.

There’s Still Time for Us to Die