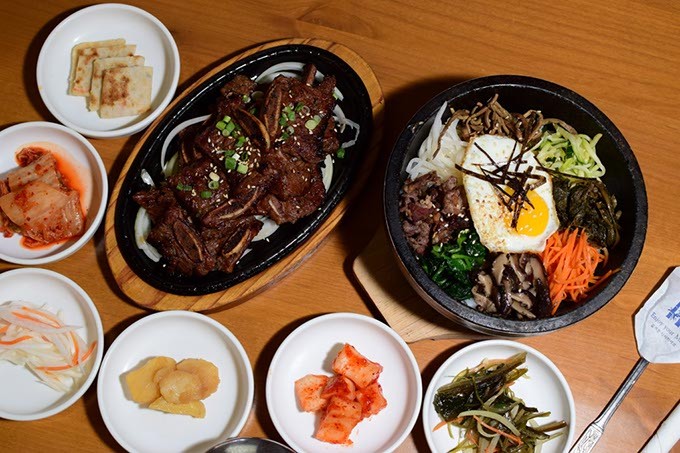 There is this fear that rises in my throat each time a new dish is ordered at an authentic ethnic restaurant.

“Will this be the time?” I wonder. “Is this the time the waitstaff and the cooks come out to gawk at the customer who doesn’t know how to eat what he ordered?”

It reminds me of a sketch from BBC comedy series That Mitchell and Webb Look in which a posh waiter dresses down customers who dare to eat at his restaurant. He hands a woman a vichyssoise fork (which does not exist) to eat her soup while her boyfriend is told to eat a whole crab while using only a ladle.

To whatever degree someone self-describes as a “foodie,” there’s always something to learn. The best restaurants are those where guests feel OK asking questions, which is what I did at Korean House, 4813 SE 29th St., in Del City.

It was galbitang ($11), which is a beef short rib and noodle soup. If you’re saying “with a spoon” out loud right now, you’re not wrong. The only problem is that galbitang is served with some of the meat still on the bone.

It’s delicious meat on the bone, because Korean cuisine is full of ingenious ways to cook beef, but it is still difficult to eat. It comes with a side of rice, but with long glass noodles already in the bowl, that seemed like starchy overkill.

“There’s no wrong way to eat it,” the server said, “but we usually dump the rice in the bowl. That makes it easier.”

He was right, of course. The rice soaked up some of the broth and gave structure to the soup, making it much easier to pry the sweet, tender meat off the bones. 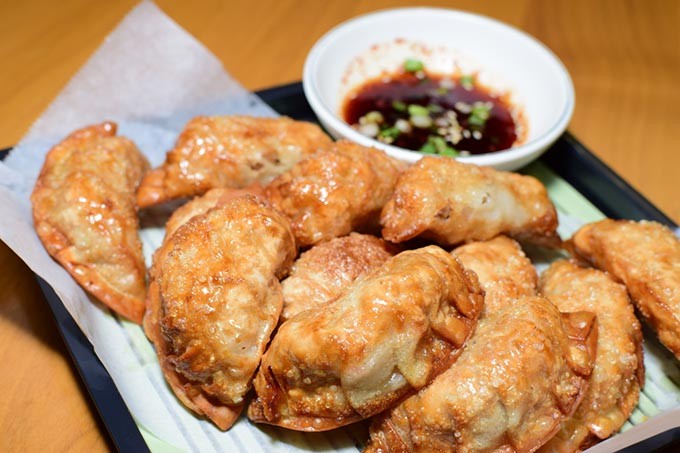 It’s time to get to know Korean cuisine better. Meats, including beef, pork, chicken and fish, show up a lot on the menu along with tofu and vegetables. Most dishes are served with rice or noodles, and banchan (a side dish) is standard. Though there are some spicy foods, Korean cuisine isn’t all that hot.

In fact, the spiciest foods on the table are often the banchan, including kimchi, a fermented vegetable side dish that also happens to be the national dish of Korea. Each meal at Korean House includes a delivery of tiny bowls with a variety of flavorful contents that can be eaten as a snack or paired with dishes.

Much like the galbitang, there’s no wrong way to eat banchan, unless you count not eating it. Mildly spicy Korean pickles, pajeon (thin pancakes with scallions), marinated bean sprouts and tiny seasoned potatoes are a few of the available banchan options. But if those intensely tasty sides aren’t enough, please consider ordering goon mandu ($7.75).

Have we, as a nation, yet come to grips with how delicious dumplings are? Delicately wrapped pouches of seasoned ground pork and chopped vegetables are dropped into bubbling hot oil to create goon mandu. Please remember to let these still-sizzling bite-sized delights cool slightly before popping them into your mouth. I learned that one the hard way.

A mild burn isn’t enough to divert attention from chuksuk bulgalbi ($38, including soup for two). It’s a showstopper of a meal, and not only because a customer can’t really get too distracted while he cooks his own dinner.

Despite copious online searching, Korean House is the only place I could find chuksuk bulgalbi, so the best explanation I can muster is this: The server brings out a tabletop stove and cranks it up so diners can cook their own specially marinated beef short ribs.

It was a meal with two lessons. One: It’s easy to let marinated beef accidentally burn. Two: Even burned, Korean beef short ribs are better than most other meats. The beef chars easily because of the sugar in the marinade, but the fattiness of the meat gives a little more leeway when pulling it off the grill.

While this is an exotic dish that would be great for a date night, make sure it’s a third or fourth date, because some of that meat needs to be gnawed off the bone. Anyone who lets food this tasty go to waste isn’t really a keeper.

For a less-boney version, the bibimbab ($10) is a good bet. The warm, boneless short rib arrives with a variety of pickled vegetables and is topped with an over-medium egg.

Contrasting temperatures give each bite a different feel, and the range of textures is enticing. The beef is slightly chewy, the vegetables are crisp and moist and the egg adds tenderness and a fatty quality.

Mix in brick-red gochujang sauce to boost heat and give the entire mix a more flavorful depth.

Resist the temptation to dump all the rice into the bowl at the same time, though. The temperature of the rice helps warm the dish, so adding it in stages keeps bibimbab from cooling off before the meal is finished.

Kimchi chigae ($10) is becoming more desirable as the weather outside turns cooler. The stew gets its heft from pork, but the taste is pure kimchi. Sometimes referred to as Korean sauerkraut, kimchi is a dish of spicy, fermented chili peppers and vegetables, usually cabbage. Good kimchi is great as a topping or alone. My predilection is to eat it straight from the banchan bowls.

Adding rice to kimchi chigae gives it more body and makes it easier to eat, soaking up some of the intense heat of the peppers. It’s a powerfully warming dish.

Korean House will soon relocate down the street to a newer, updated building, probably in the next month.

What needs work: Let goon mandu cool down before devouring them.

Tip: Check online or call before going to ensure which location is open.