William Menking believes there is a lot to like in Oklahoma City. But the planned demolition of Stage Center has him questioning the city’s priorities.

“Oklahoma City is very progressive in a lot of ways,” said Menking, editor-in-chief of The Architect’s Newspaper, a New York-based publication. “But this is really a loss for Oklahoma, and it’s a loss for everyone. I liked Oklahoma a lot, but this is a disaster.”

Like many who tried to save the downtown theater, Menking views Stage Center as an icon worth keeping. Of course, that is no longer an option, as the site is being prepared for a demolition that could come any week.

“It says we haven’t really grown up completely [as a city],” said Jim Tolbert, who has been involved in promoting and saving the building since its completion in 1970.

Those are strong words, especially for a city that has drawn attention for an urban renaissance that has brought towering skyscrapers and cultural institutions. It’s a 20-story tower that is planned for the Stage Center site, growing the city’s skyline even more. However, advocates for Stage Center say preserving historic buildings is just as important as building new ones.

“There is this perception that preservation impedes progress,” said David Pettyjohn, executive director of Preservation Oklahoma. “We counter that argument with [the claim that] preservation and progress go hand in hand. You can have economic growth while still holding onto your community history.”

Fans of Stage Center refer to it as a work of art, and like a good work of art, Stage Center has its detractors. Its quirky design makes demolition an easy decision for some who see it as an eyesore. Even when architect John Johansen first presented the rendering for Stage Center more than 44 years ago, there were those who felt it should not be built in the first place.

“That kind of style — some people call it brutalism; I wouldn’t call it that — is really out of favor in the United States right now,” Menking said.

Oklahoma City is not the only place this style of building has been under threat, and other works by the late Johansen have risked demolition. The Morris A. Mechanic Theatre in Baltimore faced certain demolition before an arrangement was made this year to preserve parts of it.

Prentice Women’s Hospital, designed by Bertrand Goldberg, was demolished this year. The downtown Chicago building featured a brutalist design that was popular in the ’70s.

“[Stage Center] is a more important building than the Prentice was,” Menking said. “I’m trying to think of the last time a building was torn down that was this important. It does happen, but not a lot.”

Pettyjohn understands the debate over Stage Center’s look, and he believes it’s a good thing.

“That’s the great thing about architecture, just like art,” Pettyjohn said. “There are some [buildings] that most people understand and others don’t. However, [they] each have [their] place. I think what Oklahoma City is about to lose is that amazing and unique opportunity to have this piece of architecture here, in our own backyard.” 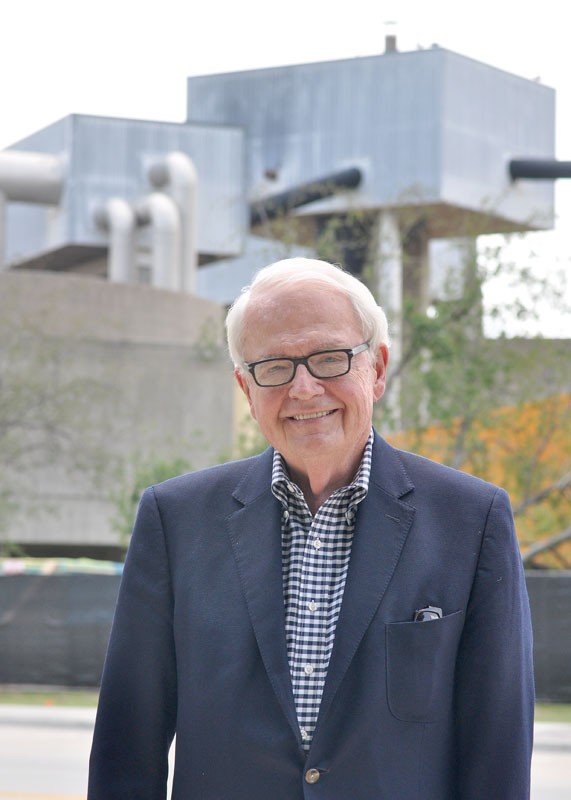 Flooding closed the building a few years ago, and attempts to preserve the structure failed this year when the Downtown Design Review Committee voted to let developers take it down in preparation for a new corporate building for OGE Energy Corp.

Tolbert, who has been one of Stage Center’s biggest advocates, admits keeping the building would not have been easy. Renovations would be costly, and community theater is not typically a self-sustaining operation.

“[The demolition] shows that we yet do not have the cultural institutions that are strong enough individually now, not just in theater, to take on this kind of need and this kind of crisis,” Tolbert said.

The demolition of Stage Center will be mourned by some, celebrated by others and unnoticed by more than a few, which, despite being painful for individuals like Tolbert, might be a poetically fitting end for this unique building.

“It’s a very sad day to see us basically lose what is really part of our heritage,” Tolbert said, “a part of our legacy as a city.”