Democrats have yet to tap into OKC's changing demographics 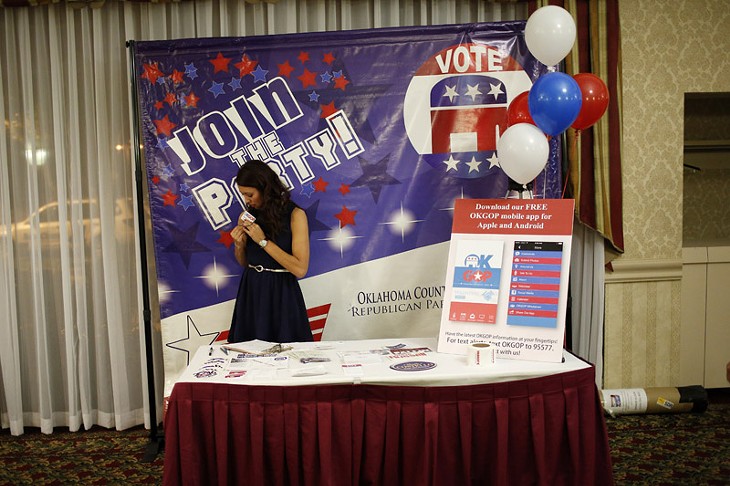 Democrats perform well in urban areas while the Republican base is in rural communities. That’s the general principle that seems to play out when you look at most national election maps.

But in Oklahoma, one of the nation’s most Republican states, the GOP’s dominance covers all types of communities and neighborhoods, whether urban, rural or suburban.

In statewide races Democrats performed the best in Oklahoma City, but still not good enough to sway any elections.

In races for superintendent of public instruction and U.S. Senate the Democratic candidate had some of their best returns in Oklahoma County, but still not enough to call the state’s largest city a liberal bastion.

“It’s comforting to us because over the long run I think people are going to continue to see that conservativism makes a positive difference and that a liberal approach to governance is a losing matter,” state GOP chair Dave Weston said about his party’s success in Oklahoma City. “You don’t have to look any further than Detroit to see that.”

In fact, OKC was just one of 11 of the 50 largest cities to lean conservative. However, Democrats are hopeful that changing demographics in OKC will benefit the party in the near future.

“Oklahoma City could see a tremendous growth in its population density over the next three or four decades and with that increase in density I think you are going to see a lot more millennials,” said Jason Dunnington, Representative-elect for House District 88, one of the state’s most Democratic districts in central Oklahoma City.

“I think we are going to see more of this shift to our urban areas becoming more Democratic and more progressive, that just being when you look at the younger demographic and where they fall on a political spectrum.”

In addition to a growing population of young residents, Democrats have hope that OKC’s growing Hispanic community will put several seats in play.

Earlier this summer in a Democratic primary, Mary Sosa, a Hispanic candidate for House District 89 in south OKC, which is home to the city’s largest population of Latino residents, lost to Shane Stone.

On Tuesday, Michael Brooks-Jimenez, another southside Hispanic candidate, lost to Republican Ralph Shorty by 10 points in Senate District 44, which is nearly 50 percent Hispanic.

“We are trying to get more representation,” Carlos Ortiz, editor of the weekly Spanish-language newspaper, El Nacional, told Oklahoma Watch last month. “People have to vote. The community must participate.”

The state has seen its Hispanic population more than double since 2000 from 4.3 percent to 9.7 percent, according to U.S. Census data. However, Hispanics only make up 4.5 percent of eligible voters statewide, which is far fewer than the 27.4 percent in Texas.

Democrats are eyeing changing demographics, but they haven’t been able to tap into those changes yet to sway election results.

“The political atmosphere over the next two years on both the state and federal level will definitely be frustrating and ugly for progressives,” wrote Kurt Hochenauer, a liberal blogger in Oklahoma and English professor at the University of Central Oklahoma. “It’s also possible the Oklahoma electorate will grow tired of the conservative extremism in state government by [the next election] but, frankly, a significant shift might be ten or more years away, and even that is uncertain to me.”