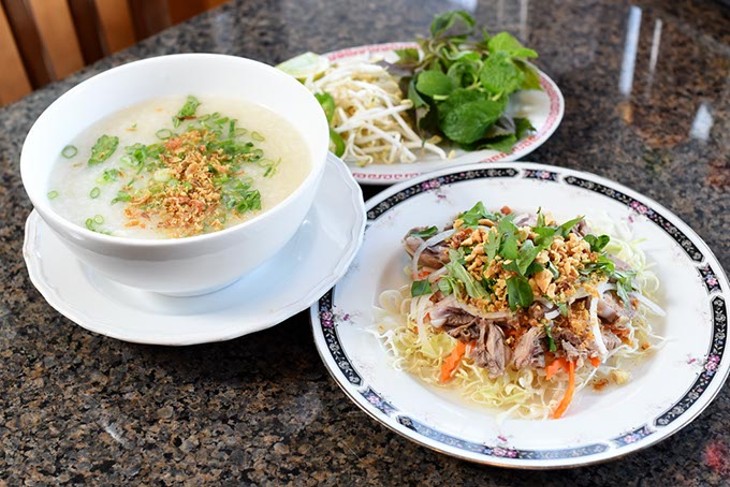 Let’s all make a solemn vow to stop referring to dishes that are not pizza as pizza.

Pizza is universally beloved. If scientists could bring a pizza to life — a kind of Frankenstein’s pizza, if you will — Americans would elect it president.

Moms everywhere try to fool us into eating foods by comparing them to pizza. Is that quiche? No. It’s just an egg pizza. Are those Brussels sprouts? Think of them as cabbage pizza balls. No one is fooled.

So when I see delicacy bánh xèo listed as “Vietnamese pizza” on the menu at Gia Gia Vietnamese Family Restaurant, 2624 N. Classen Blvd., I have to wonder, Who is the intended audience?

The cake crackles under the weight of your fork, giving way to a tender, airy cake and steam rising from the stuffing. I dipped it into the fish sauce as I ate and thought that people who ordered this thinking they were getting pizza would be disappointed because it’s nothing like pizza. But it is delicious. 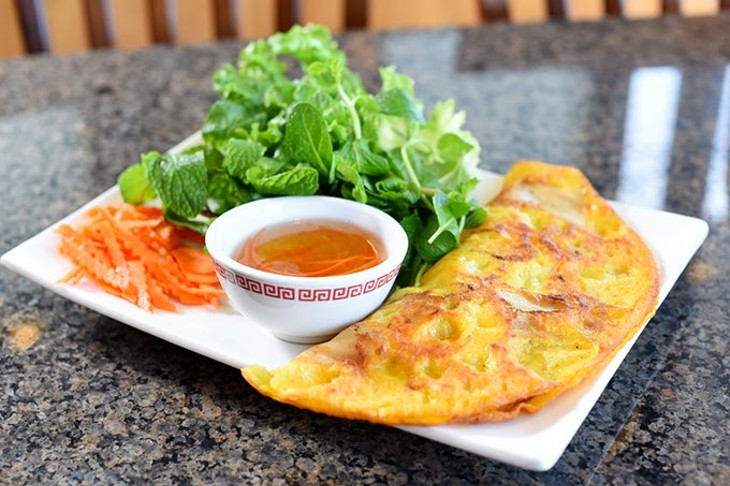 Now, if Gia Gia wants to start calling cháo “rice oatmeal,” I will support it every step of the way because that’s a pretty good description.

Cháo, also called congee, is a mild rice porridge flavored with different meats. I got the duck cháo ($9.99), which is a big bowl of porridge with some meat cotton — no, really; it exists — on top and a plate covered in veggies and big slices of on-the-bone duck meat.

I am not 100 percent sure how I was supposed to eat it, so I just chose “like an animal” and went to town pulling duck meat off the bone and putting it in the bowl with the porridge.

Truly, this is a problem.

People, at least in my experience, are loath to try new things. We talk about it all the time, but there’s always this fear that you’re going to get something you don’t like. Add in a degree of difficulty to getting the food in your mouth and that’s a recipe for disaster.

On the other hand, there are rewards to learning to eat something new. Those who enjoy our most famous local Vietnamese dish will be happy to find that Gia Gia serves a lovely pho thai ($7.99), a big bowl of beautiful noodle soup with thin slices of rare steak slowly cooking in the steaming-hot seasoned beef broth.

Gia Gia has good pho with a fatty broth. Hopefully that doesn’t bother you, because that’s all flavor floating around, waiting for you to slurp it up. If pho is the only Vietnamese food your friend is comfortable eating, you can take her here while you explore the rest of the menu.

For instance, you should probably order the com suon bo dai han ($7.99), which is a super simple dish of rice with grilled Korean-style short ribs. The meat is tender, sweet and salty — a beefy flavor bomb waiting to go off.

English-style short ribs sit on top of the bone while these are cut across the bone and the grain, making for a fall-apart-tender bite that requires a paltry amount of work.

If you need a big bowl of noodles with more noodles on top, though, I’d suggest the mi hoanh thanh ($7.99). It’s hot pork broth filled with gorgeous, thin egg noodles and covered in wontons and barbecue pork. This isn’t a snack. It’s a meal and a half. 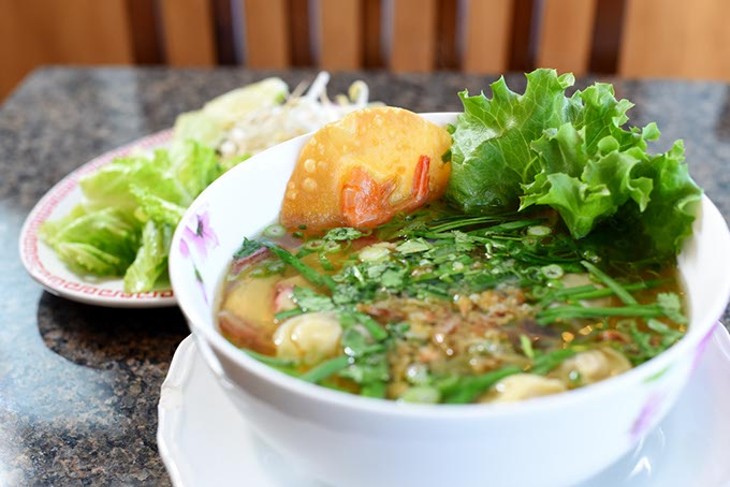 Pork broth might seem unfamiliar to you, but it’s the base in lots of ramen dishes and makes for a savory, filling broth. There’s a nice depth of flavor to it, so be sure to drink it down after you’ve eaten your meat and noodles.

Gia Gia’s menu is littered with other delights, from the simple fresh spring rolls ($2.75) to vermicelli bowls covered in shrimp, pork and egg rolls.

And there’s the pizza that’s not a pizza. Do not hide your beautiful food behind an Italian word, Gia Gia. Be proud of who you are, especially when it means making food as wonderful and different as bánh xèo.