Surrounded by offices and warehouses, Tacos Don Nacho lives up to the hype by delivering tasty traditional Mexican favorites. 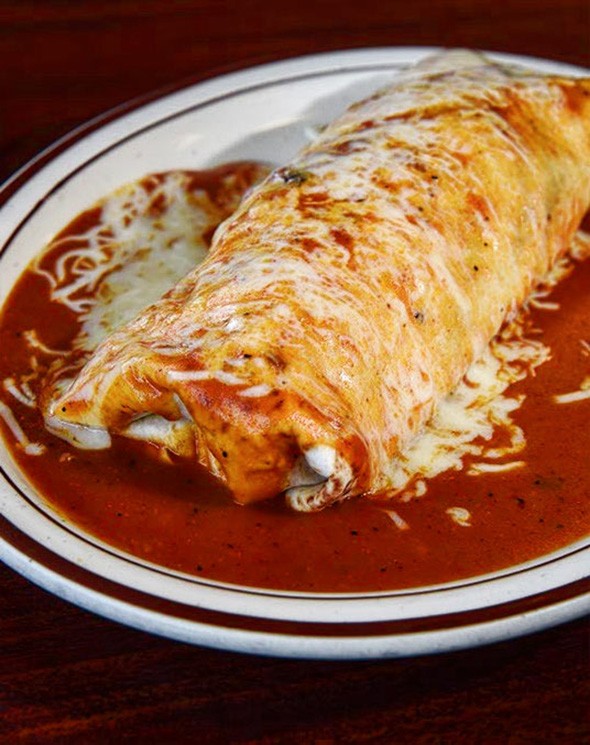 What works:The Taco Rico plate is tasty and one of the best burritos in the city.
What needs work:More salsa was needed for the meal.
Tip:Burritos are served with meat, beans, onions, cilantro and salsa.

I passed the third warehouse in a row, and I could only see a long line of industrial parks in front of me as I was headed south on Council Road during a quest for one of the most lauded Mexican restaurants in the greater Oklahoma City area.

“I thought I was getting close,” I thought to myself.

Another warehouse whizzed by the window, and I checked the GPS information on my phone again.

Just as I passed SW 36th Street, there was a break in office zoning and a Sonic Drive-In appeared, followed by a huge aluminum-sided building. There it was; elevated on a little hill in a huge parking lot of its own across the street from a massive Hobby Lobby complex was the site of my desire: Tacos Don Nacho, 3721 S. Council Road.

After covering food and restaurants for Oklahoma Gazette for a little over two years, Tacos Don Nacho is perhaps the one restaurant I’ve most wanted to visit. It has achieved almost mythical status for me because there is not much about the restaurant’s history to be found online — a Facebook page with a handful of posts and a Yelp page with reviews dating back to 2010.

Considering that most of what I knew about the restaurant came from word-of-mouth, it feels like stepping back into the land before the internet. All I knew was that it’s a great place for a smothered burrito and to get there early.

It’s a pretty good sign that the food is going to be good when people will make a drive to get there, like The Butcher BBQ Stand in Wellston. Tacos Don Nacho is located near the northwest corner of Will Rogers Airport, and there is some housing near Tacos Don Nacho and three schools in the vicinity, but when I walked into the restaurant about 20 minutes before noon, it was packed full of people who appeared to be taking their lunch break or meeting friends.

Located in what appears to be a former fast food establishment, Tacos Don Nacho operates with counter service and keeps its former drive-thru window open for customers to pick up call-in orders. 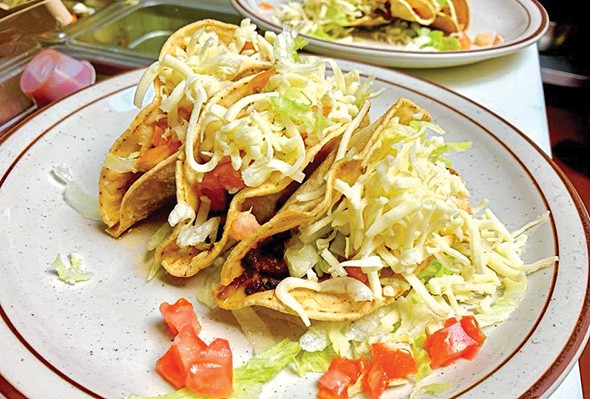 Don’t expect to find free queso with every meal because Tacos Don Nacho isn’t serving Tex-Mex. Owners Maria and Gustavo Rivera opened the restaurant in 2008 after moving in 2007 from California, where they operated a successful Mexican restaurant called El Taco Rico.

Maria said that when they decided to open a restaurant in Oklahoma City, they wanted to continue the name, but the Taco Rico at 3838 N. Lincoln Blvd. already laid claim. They decided to honor Gustavo’s father Ignacio, who went by the nickname Nacho, with the name of their new restaurant.

“We know how to be successful [because of our experience],” Maria Rivera said over the phone. “We want to provide good food and good service. Nobody’s perfect, but we’re trying to be.”

The menu from their California restaurant remains largely intact, right down to its eponymous dish, which is the most popular menu item. The Taco Rico plate is sautéed carne asada with tomatoes, peppers and onions topped with sliced avocados and sides of rice and beans served with your choice of fresh corn or flour tortillas.

As I stood in line, trying to make a decision from Tacos Don Nacho’s huge menu that spans from all-day breakfast to soup and seafood, I kept seeing the Taco Rico plate being sent out to diners, and it was too much temptation to overcome.

I placed my order and found the only open table, located right next to the front entrance. I didn’t even mind the cold December air blowing in every time a customer came in because the complimentary chips and salsa are top-notch. The salsa is the right balance of lime, crushed tomatoes and small chunks of onion for added texture, and the chips were light, crispy and perfectly salted.

I’m not sure how the kitchen staff knew where to bring my food because they didn’t provide a number when I paid, but the food arrived after about 15 or 20 minutes directly to my table, and there was an audible thud when the piled-high plate left the server’s hands.

The melted cheese had perfect brown bubbles, which made the food even more tempting. Carne asada can be hit-and-miss for me, but luckily Tacos Don Nacho’s version is the former. It was both tender and had plenty of umami flavor and its marinade with sautéed jalapeños provided the heat. The only downside was that I ran out of salsa midway through the meal and couldn’t catch an employee to ask for more — mostly because I couldn’t stop eating. 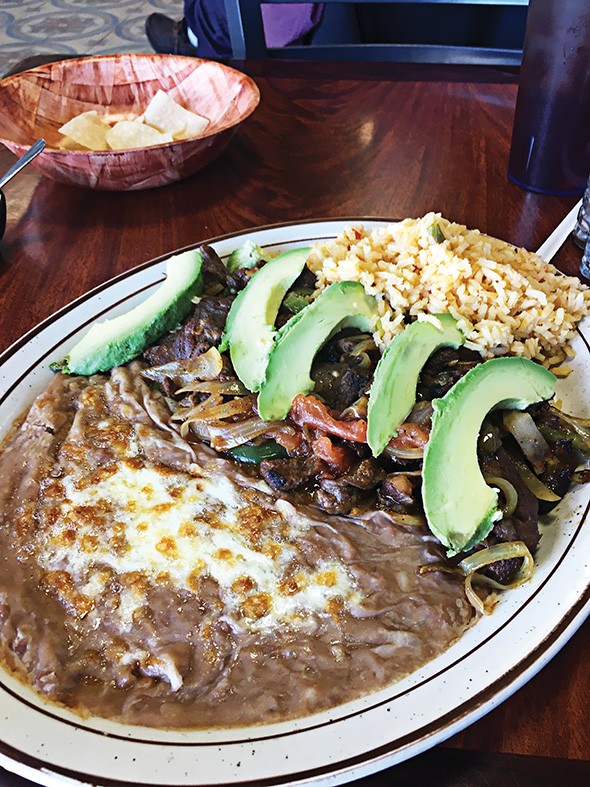 Rivera said that the burrito plate, which can be ordered with your choice of meat and smothered in red sauce, is the second most popular item, followed by the three-taco special.

While overloaded San Francisco mission-style burritos have served as the basis for national chains like Chipotle and Qdoba, I don’t always want an entire meal inside of the tortilla. Tacos Don Nacho veers more toward a Southern California-style burrito, only filling the tortilla with a choice of meat (which includes chile verde and a whole chile relleno beyond the ubiquitous options), refried beans, cilantro and salsa.

“Some people try to order rice or guacamole in the burrito, but that’s not how we do them,” Rivera said.

The restaurant might have “taco” in the name, but it’s immediately in the running for my favorite burrito in the metro, joining the chicken burrito from the Taco Loco food truck on NW 39th Street and Pennsylvania Avenue.

I’m glad I finally made it out to Tacos Don Nacho, and it vaults to destination dining status, even if you’re not in the southwestern corner of the city.