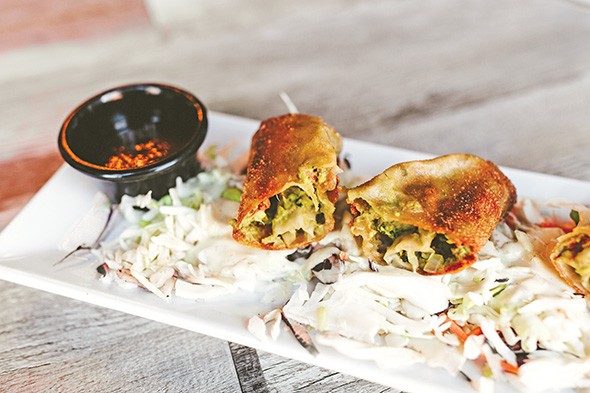 After surviving three hurricanes and leaving the U.S. Virgin Islands with only the clothes on their backs, opening a restaurant and bar in what is perceived as a difficult location seemed like nothing to Mark and Jennifer Richards.

The couple opened Whiskey Biscuit Bar & Grill, 322 NE Second St., in February in a Deep Deuce space that has been a revolving door of restaurants in recent years, including Parks Bar & Grill and Urban Roots.

He and Jennifer operated a successful restaurant and tour guide company on the island of St. Croix until the region was battered by three hurricanes in 2017.

“Two weeks before the hurricane, we were signing a lease to open another restaurant in Puerto Rico, and then all hell broke lose,” Richards said. “I think we were in shock because you don’t even have basic things like socks and T-shirts because everything molded since it was so humid. Irma came first, and we weren’t too bad in St. Croix, but it destroyed St. John and St. Thomas and everyone evacuated. There was not a boat left in St. John. Then Jose came and we had torrential rains for three days; it just wouldn’t go away. Then not a week later, Maria came, and boom, it was a double-eye category five that hit us.”

Left homeless, the couple came to Oklahoma City to visit their daughter and new grandchild and eventually put down roots in the city, renting an apartment in Deep Deuce. They had to ask their daughter for bedding because they left St. Croix with only a few items in a suitcase and their three dogs. They flew back and forth to St. Croix over the next seven months to try and eventually sell what was left of their house and business, Richards said, and there still wasn’t power on most of the island.

“Our island was smaller, so you didn’t hear a lot about us,” Richards said. “We were hit just as bad [as Puerto Rico], but our population was smaller.”

The couple bought a home near the Plaza District and a spent a year with their daughter and granddaughter, relaxing after a traumatic year. The itch to get back into the restaurant business never went away.

Two weeks before the hurricane, we were signing a lease to open another restaurant in Puerto Rico, and then all hell broke lose.Mark Richards tweet this

Richards wanted to do a breakfast concept that would build on his roots in New Orleans, Louisiana, and Houston, Texas, and after looking at a few locations around the city, he got a call from the landlord at their current Deep Deuce home about the future Whiskey Biscuit location, which they thought was off the market. They worked out an agreement, but he had to rethink his idea of calling the restaurant Biscuits and Gravy.

“This is a working community, so early breakfast wasn’t an option; there’s no one here [in the morning],” he said. “Let’s do a bar with breakfast all day. No other bar does breakfast like that. How do we let people know that we do biscuits, but we’re also a bar? So we call it Biscuit for breakfast and Whiskey for the bar.” 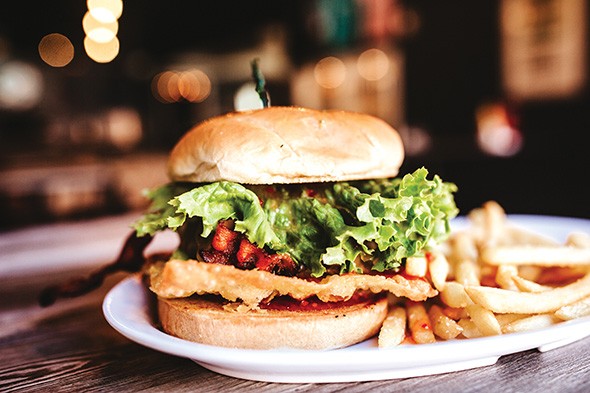 “You can’t come in here if you just want salt and pepper because you won’t like us,” Richards said. “We season everything.”

It offers a range of beers on tap, high-end to medium whiskey like double-oaks Woodford Reserve and Oak and Eden to Bushmills, Red Bush, Bulleit rye and Old Forester, all of which can be added to coffee drinks, including a Nitty Gritty, which blends coffee, peanut butter, chocolate and ice cream. Whiskey Biscuit is working with local coffee roaster EÔTÉ to make its own special blend of coffee. 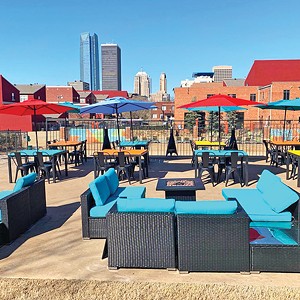 Richards is cognizant of the fact the location has been a variety of businesses over the years and is hosting multiple events to increase patronage. He said it has benefitted from customers that used to go to now-closed Urban Johnnie and Slaughter’s Hall.

“We want Deep Deuce to be like Automobile Alley because things have come and gone,” Richards said. “You need several businesses to pull together. You’ve got Stag, Deep Deuce Grill, The Wedge [Pizzeria], and now us.”

Every Saturday, Jennifer Richards hosts an art and wine class in Whiskey Biscuit’s Prohibition Room. It hosts live jazz music on the patio on the weekends and a popular disco bingo on Thursday during which attendees in ’70s-era attire get 15 percent off their bill. He also wants to start a Deep Deuce dog parade, building from the success they had with one in St. Croix.

“Everyone in St. Croix told us our business wasn’t going to take off, and we were No. 5 on TripAdvisor,” he said. “It was a drug-infested alley that we threw all the bums out, repainted and brought back to life. I like those challenges because you’re off the beaten path.”