Comic, author and television host Chelsea Handler stops at The Criterion on her Life Will Be the Death of Me tour. 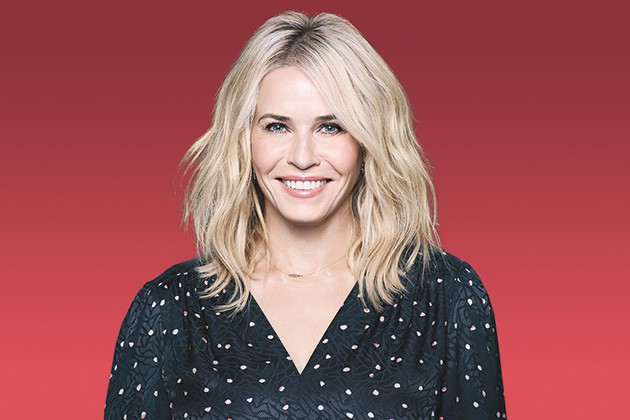 When we spoke to Chelsea Handler on Oct. 28, her Chow-Chow Bert was in the process of “peeing all over” her cousin’s house after a wildfire forced Handler to evacuate from her California home. Just before she stopped mid-thought to briefly scold her urinating dog, Handler said she originally wasn’t sure her latest book, Life Will Be the Death of Me ... and You Too!, made appropriate fodder for a stand-up tour. The book, published in April, details a year of therapy-induced self-discovery prompted by her anxiety over the Trump presidency, and while considering the subject in the context of a more traditional book tour, Handler realized she could mine laughter from the material.

“Once you get a little distance from anything, I think, it becomes funnier and funnier,” Handler said just before she caught Bert peeing.

Handler performs 8 p.m. Saturday at The Criterion, 500 E. Sheridan Ave. The comic (Uganda Be Kidding Me), author (Are You There, Vodka? It’s Me Chelsea) and television host (Chelsea Lately, Chelsea Does) said creating a stand-up tour from a personal memoir made her reconsider her approach to comedy.

“It just made me look at it in a different way,” Handler said. “It was more of a challenge. It’s not like getting up and telling jokes about whatever. It’s like there’s a narrative; there’s a story behind it. I’ve always kind of just thrown things at a wall and saw what stuck. I never really had an agenda with my stand-up, I guess. I never really wanted to get a message out, and I didn’t feel like I had anything new to say in that medium, so it’s nice to finally be able to get back to that because it’s been so many years since I’ve done a tour.”

Handler — who recently performed dates in Australia and New Zealand and is currently on the second part of a North American tour — said her quest for personal growth has given her new material a slightly different tone, but fans will still recognize her comedic voice.

“I think it’s much more inspirational,” Handler said, but added, “I’m still as dirty as I’ve always been, and I’m still as silly and self-deprecating, but some of the bits and the stories are very personal. They’re all very true. Some of them are highly embarrassing.”

In the documentary Hello, Privilege. It’s Me, Chelsea, which premiered on Netflix in September, Handler discusses white privilege and examines the ways it benefitted her own career. She said white people are typically more uncomfortable discussing white privilege because they’re afraid to discover they’re making mistakes, but not talking about it at all is also a mistake.

Though she is far from a fan, Handler said she doubts her own journey toward greater self-discovery and determination to take more personal responsibility would have happened without Trump.

“Thinking we’re not part of
the problem is naive.”
—Chelsea Handler tweet this

“I think a lot of things good things came out of him being elected,” Handler said. “Unfortunately, he’s the president, so that’s the worst part, but the women’s movement and the climate movement, all of these things are happening in direct contrast to the fact that we have somebody in office who’s ignoring all of it. So if Hillary Clinton had become the president, I don’t think we would have had a #MeToo movement. I don’t think we would have a lot of these movements. But the important thing about having all of these conversations is to keep having them, because by not having them, we’re not solving anything, and we’re not growing or learning. … White people could afford to be a little bit uncomfortable asking questions so that we’re not making as many mistakes as we’ve made in the past.”

The trailer for Hello, Privilege shows Handler discussing her whiteness in front of an audience of unresponsive African Americans. Handler said that before filming the documentary, performing to a silent room was something she hadn’t experienced in a long time, but putting herself into more difficult situations was part of the point of the film. 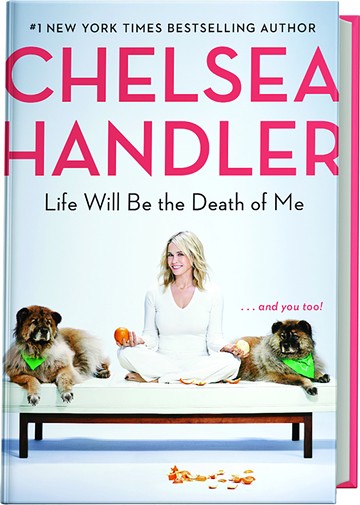 “I welcome that discomfort,” Handler said. “I think it’s important. That was a great representation of how a lot of black people feel about white people asking questions like this or taking, taking, taking. If you’re in a position where you’re a beneficiary, then somebody is getting less than you, and that’s just science and physics and all of that … so it’s important to acknowledge it and not to just be stuck in your own lane. It’s also something that we can eventually laugh at about ourselves, being as naive as we are. Thinking we’re not part of the problem is naive.”

While Handler is proud of her ability to find humor in difficult subjects, she realizes she has to treat some topics more thoughtfully.

“Anything that you don’t know a lot about, you have to approach in a more serious way,” Handler said. “You have to be respectful of the people who know more than you about any subject matter in order to really take it in.”

Her new act has “more of a narrative” with a beginning, middle and end. Though the stories about her life as a famous multimedia personality are far from common, Handler thinks the material is “totally relatable” to audiences.

“We all run out of patience,” Handler said. “We all don’t know how to deal with it. I’m from New Jersey, so the idea of meditation and self-discovery all sounded just like vagina words to me. It’s like, ‘Get away from me with the kale and the chakras,’ so there’s this fine line. It’s definitely the point of view of a cynic getting into all of it. I have a very kind of cynical way of looking at that stuff, which has definitely changed, but I’m still not 100 percent. I’m not ready to go to a silent retreat is what I’m saying.”

The common theme throughout, Handler said, is “it doesn’t matter what happens; you can get past it.”

“You can become a better person,” Handler said. “You can become more patient. I needed to get to a place where I wasn’t running into airport lounges in the Fox News section, getting in fights with 7-year-old Trump supporters. I needed to get to a calmer place in my life, which I finally did. And then, through that, comedy just comes. All of the stuff that makes you crazy, the things that are dramatic or traumatic end up being really funny storytelling later in life. And that’s always been kind of how I’ve looked at stand-up, is making fun of the things that you’re not supposed to make fun of.”

Community & Lifestyle Chelsea Handler The Criterion comedy Life Will Be the Death of Me ... and You Too! Hello Privilege racism privilege #MeToo