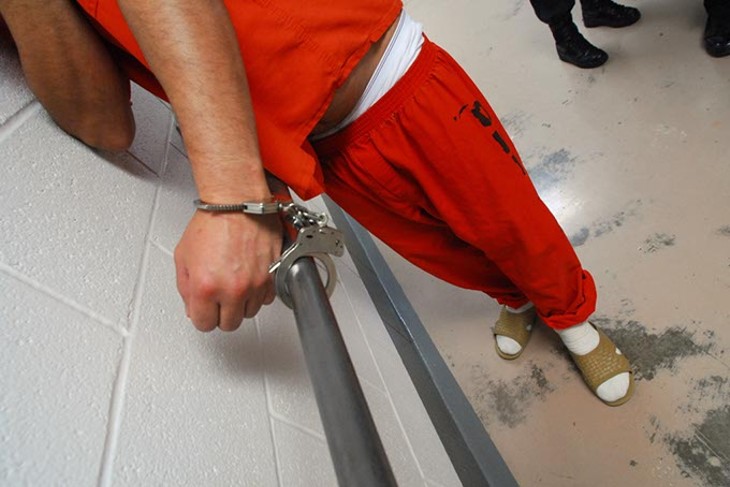 Overcrowding in Oklahoma County Detention Center, where jail officials incarcerate people awaiting trial and hold others serving short sentences, has long been a problem. About 15 years ago, the U.S. Department of Justice began its investigation of jail conditions for civil rights violations. Ever since, the detention center, more commonly referred to as the jail, has come under immense public scrutiny surrounding its overcrowded conditions, inmate-on-inmate violence and facility challenges.

Two years ago, when the Greater Oklahoma City Chamber assembled a task force of business leaders, local government officials and law enforcement stakeholders, a new approach emerged for addressing the issues plaguing the jail. The Greater Oklahoma City Chamber Criminal Justice Task Force would devote its time to studying the systematic issues afflicting the local criminal justice system, as the jail crisis would not be solved by only building a new jail. With the aid of the Vera Institute of Justice, a nonprofit organization focused on criminal justice policy and practice reforms, the task force issued six recommendations after a year of study. One way to reform the criminal justice system would be to create the Oklahoma County Criminal Justice Advisory Council, a council staffed with representatives from four government entities and four community representatives providing data-driven recommendations to reduce the jail population and recidivism and increase community and public safety.

Next week, the 19-member advisory council will meet for the first time. The representatives from the City of Oklahoma City, City of Midwest City, City of Edmond and Oklahoma County as well as law enforcement, judicial members and a mental health official will take “a major step in beginning to put real focus on revamping the criminal justice system in Oklahoma County,” according to Roy Williams, CEO/president of the Greater OKC Chamber and council member.

“We anticipate this advisory board to continually strive to look at best practices nationally,” Williams said. “It will create this never-ending dialogue between the players in the criminal justice system to make the system more efficient and effective.”

The council will set a budget, and its first major expense will be the salary of a full-time staff member. Officials estimate an annual budget at $300,000. Oklahoma County has agreed to pay half of the costs. Oklahoma City will cover 40.6 percent of the budget, with Edmond contributing 5.8 percent and Midwest City covering the remainder at 3.6 percent.

As an Oklahoma County Commissioner first elected in 2006, Ray Vaughn has spent countless hours on efforts to reform the county jail system. When he joined the chamber’s task force in late 2015, he and others learned very quickly that data would play a role in tackling the issue. At each stage of the criminal justice system, Vaughn said, there are entities keeping records. There is no single data system for identifying, isolating and crafting solutions to the misuse.

“The first thing we need is accurate data,” Vaughn said. “How do we get that? That is one of the things Vera ultimately identified. … Without the data, you really don’t know where you stand. We know we have issues, but trying to identify them and figuring out a corrective force is something of a challenge.”

Improving data collection and thus using data-driven solutions to reduce incarceration and rethink the way local jurisdictions look at and use the jail will be a priority of the council, said Vaughn.

The council does enter its discussions with some data, as detailed in Vera researchers’ 2016 report. According to researchers, the county jail’s average daily population is 2,581 people. When the county built the facility in the early 1990s, it was built to hold 1,200 inmates. Additionally, Vera estimated 80 percent of jail detainees were being held pretrial. While almost half of the people who entered the jail in 2015 were released within three days, the average length of stay for other detainees was 41 days.

In addition to the recommendation of a local justice advisory council, Vera researchers offered other recommendations like improving the process for cases moving through the court system, creating alternatives to jail for people with mental illness or substance use and addressing jail admission for those who violated low-level municipal and traffic violations.

“Vera will soon be gone, and they leave behind a number of great recommendations,” Vaughn said. “It is up to us to implement them. That is this council. It will look at not only incarceration rates, but it will go back and look at the initial arrest, charges and how a case moves through the court.”

Since local leaders embarked on reforming the criminal justice system, the public has responded, turning its passionate attention toward the issue with support, Williams said.

The original chamber task force, for instance, has been split into subcommittees focused on things like public engagement and facilities. They now now have members representing the faith community, nonprofit sector and health organizations connected to the criminal justice system.

The public’s call for action on the issue is focused on concerns for mass incarceration, a result of past “tough on crimes” policies, and its impact on governments’ bottom line as well as changing attitudes toward mental health and substance abuse. Among low-level offenders, it is common for mental health, substance abuse and chronic homelessness to drive criminal behavior.

“There are very few projects that we have undertaken where there has been such a response from the community,” Williams said. “People are much more open to criminal justice reform. They’ve seen how the system impacts individuals. … They will tell you that is not a good experience and it needs to be fixed.”