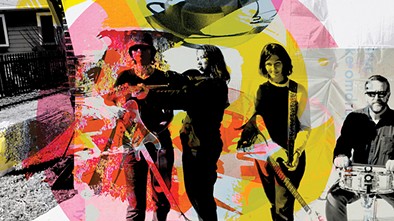 In the quarter century between Last Splash and All Nerve, Breeders guitarist Kelley Deal stopped worrying about breaking stuff in the studio.

“Last Splash wasn’t my first recording, but it was still like a big mystery to me,” Deal said. “There were lots of new things. And back then, too, it was so expensive. Recording studios can still be like that, but a lot of the stuff we did was to two-inch tape, so when you do that, there’s expensive mics, so it’s kind of a big deal, and I do remember feeling like it was very … not serious, but it was very scientific — the process was. Not the playing, but walking in and, you know, ‘Don’t touch that,’ or ‘Oh, I better not drop that mic’ — a kind of a reverence, almost, to the process. And now, I don’t feel like that at all.”

Led by Kelley’s twin sister Kim Deal, The Breeders have gone through several lineup changes since Kim, still playing bass for The Pixies at the time, founded the band as a side-project with Tanya Donelly of Throwing Muses in 1989. Debut Pod was one of Kurt Cobain’s favorite albums, but the Breeders’ second LP, 1993’s Last Splash, was a breakthrough classic that earned the band MTV airplay for the Top 50 single “Cannonball,” a spot on Lollapalooza and, thanks to a sam- ple from “S.O.S.,” a songwriting credit on The Prodigy’s international chart-topper “Firestarter.”

Reunited for a tour celebrating the album’s 20th anniversary in 2013, the lineup that recorded Last Splash — the Deal sisters on vocals and guitars, Josephine Wiggs on bass and Jim MacPherson on drums — began writing and recording new music together, culminating in All Nerve, released in January.

Kelley Deal, who joined The Breeders as lead guitarist in 1992 and has played on every album since, said that while recording All Nerve, she was struck by how little the dynamic between the musicians had changed in the past 25 years.

“I wasn’t that aware of what felt different,” Kelley Deal said. “What I couldn’t believe was what felt the same about recording All Nerve and Last Splash. Other than the obvious stuff, which is it’s the four same people and we actually were using our same gear … that’s the obvious stuff which is the mechanical process of recording, but also like the soft portion, which is like what it’s like to do a track and then just the little things about the songwriting process and about how we interact with each other.”

The experience of recording All Nerve, from Kelley Deal’s perspective, was different only in that she was present to experience more of it. When not tracking the vocal and guitar parts (and, for “S.O.S.,” a Kenmore 12-stitch sewing machine) for Last Splash, Kelley Deal said she was rarely in the studio. 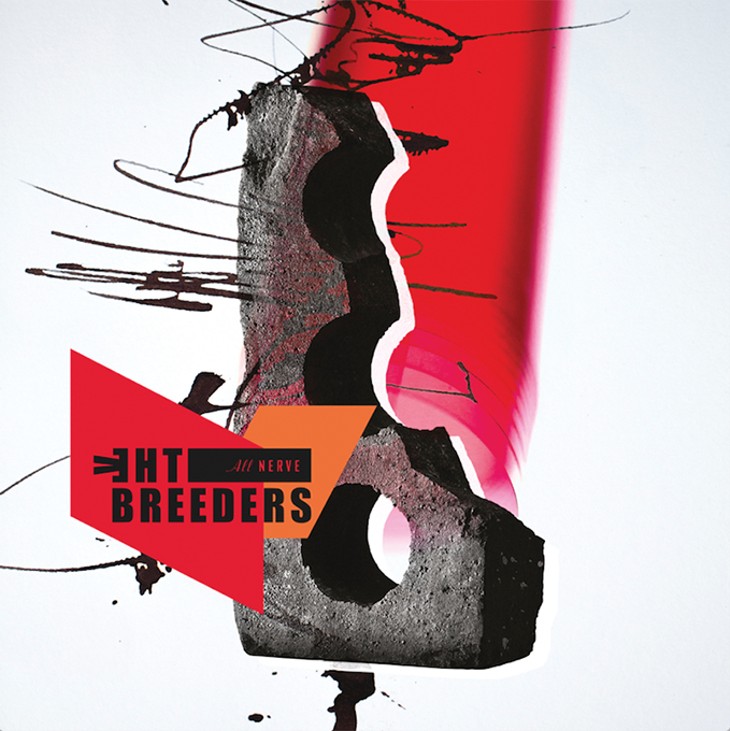 “A lot of times, if somebody wasn’t recording, like actively recording, they were at the bar down the street,” Kelley Deal said. “I know I was. And this time, I didn’t do that. So, for me, I was there a little more even though I don’t do anything when the drums and bass do their thing. I remember the process now, which is nice.”

In the nine years between Last Splash and follow-up Title TK, Kelley Deal entered a rehab program after an arrest for heroin possession in 1994 and recorded two albums with The Kelley Deal 6000. She paired with Kris Kristofferson for a turbulent cover of Willie Nelson’s “Angel Flying Too Close to the Ground” in 1996 and joined Skid Row’s Sebastian Bach and Smashing Pumpkins drummer Jimmy Chamberlain to form the supergroup The Last Hard Men, which covered Alice Cooper’s “School’s Out” for the soundtrack to the movie Scream.

“I love working with people who I have no business working with,” Kelley Deal said. “When I was growing up, anybody cool didn’t like hair metal. If you really cared about actual music and the writing process and the authentic voice inside you communicating with another person, you didn’t like hair music because that was all just bullshit. ‘She’s my cherry pie, nananana.’ … But when I was working with Sebastian Bach, I put that aside because of his voice. … I’m sure he did exactly what he wanted to with his voice, but his voice was the most beautiful instrument, not only his control and his technique but the actual timbre of it, the tone he could get, what he could do with it. It’s really such a shame because he never did exploit it. This is just me waxing about lost opportunities.”

“I still can’t run up a scale,” Kelley Deal said, “but I kind of do that on purpose. I don’t want to learn the blues scales and be able to riff out on a blues thing because how do you get that out of your mind? I don’t want to think of the most obvious harmony. … I try to think out of the box of what my expectations are.”

The Deal sisters provide backing vocals on Courtney Barnett’s album Tell Me How You Really Feel, and Barnett appears on All Nerve’s “Howl at the Summit.” The Breeders have recently toured with Screaming Females and Speedy Ortiz. Kelley Deal said that the most impressive thing about the newest generation of women rockers is that they exist at all.

“They’re awesome players and they have their own voice, if you will, they’ve got their own thing going on, which is really cool,” she said, “so I really love that, but then also, there’s a lot of work with getting a band together, you know, ‘Where’s all the gear?’ ‘OK, you didn’t sell it for rent or crack or whatever? OK cool.’ ‘We’re all going to practice, and here’s our set, and we’re going to be able to play these. We’re going to repeat the noises, and we’ll be able to rent a van to get to the show.’ That’s a skillset that a lot of people don’t have. They may be really righteous and they may have a really cute song on Bandcamp or a YouTube thing or whatever, but there is a huge difference between doing that in a box versus showing up with your guitars in hand with extra strings in case you break one. That’s what I really like about those gals. They’re doing it.”