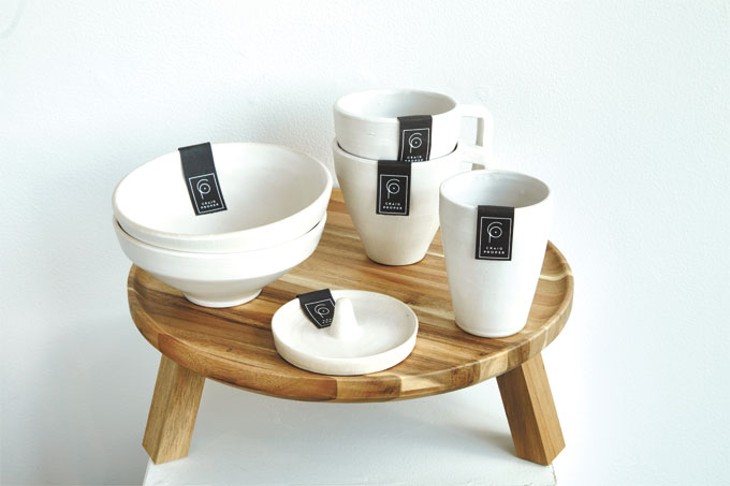 Holiday gift-giving can sometimes amount to wandering aimlessly around, waiting for inspiration to strike. With its December exhibit, DNA Galleries hopes to make this process easier by providing a place where inspiration has already struck.

The exhibit’s genesis was the holiday season.

“Every month, we do a new art show, and this month, we decided since it’s close to the holidays, we’ll do a small works show with things that could be giftable,” said Jackie Teague Wentz, marketing director and assistant art director at DNA Galleries.

“The Art Market is an idea that Jackie and I tossed around, creating the idea that one can afford art and be able to give it as a gift. We suggested to the artists that $50 and under is a good price point to start,” said Lindsay Harkness, owner and manager of DNA Galleries.

Many of the artists featured in The Art Market have participated in group shows previously or regularly display their work at DNA. Since the initial exhibit inspiration, The Art Market’s focus has expanded to include a greater variety of works in different media.

“It started with an idea of ceramics, because those are good giftable things,” Teague Wentz said, “plates, mugs, vases, cool sculptures.”

By focusing on “functional art” like ceramics, The Art Market bridges the divide between art and everyday objects, a fusion that prizes accessibility and affordability. Teague Wentz said purchasing handmade pieces often feels more special than shopping for mass-produced items.

“You can see who you’re supporting, and you can get to know them and support their dreams,” Teague Wentz said. “I just think that’s really cool, to buy things from small makers that you can know personally in our community.”

In addition to featuring ceramic works on the exhibit shelves, Teague Wentz said that she and Harkness wanted to display art on the gallery’s main wall.

“Normally, we have painters or photographers or illustrators, and so this is just a little bit different,” Teague Wentz said of The Art Market’s embroidered and encaustic pieces. 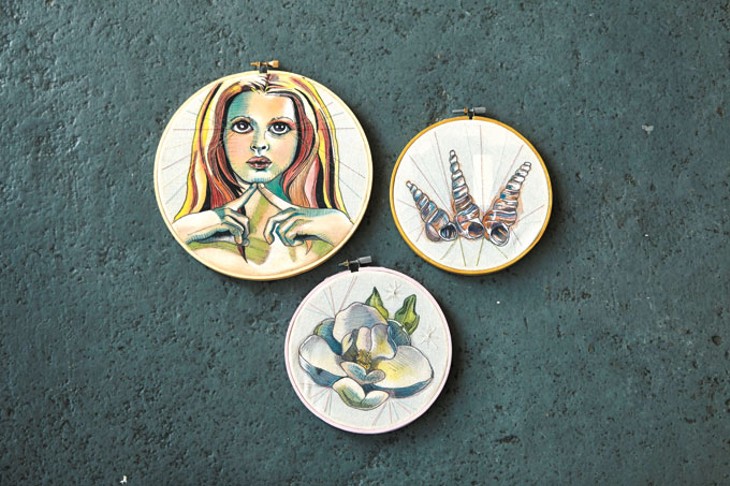 The show also differs from DNA’s other monthly exhibits in that patrons will be able to purchase and take home pieces on the same day, Harkness said.

“Normally, you have to wait a month and then you come back and get it,” Harkness said.

Consequently, Teague Wentz said that the exhibit will change over the course of the month. The transient, shifting nature of the exhibit also serves to connect burgeoning art collectors or gift-givers with their pieces more immediately.

Teague Wentz and Harkness both said the gallery focuses on beginning collectors, selling smaller, more contemporary works under certain price thresholds as a way of encouraging those who are new to purchasing art.

“Our goal here at the shop is that everyone can afford something, whether it be a $3 sticker that an artist created or an original on the wall,” Harkness said. “Art can be affordable. You don’t need a million dollars to buy local art.”

Harkness herself has roots in the Oklahoma City art scene, participating in The Girlie Show and photographing different historical sites in Oklahoma. The owner of DNA Galleries since January, Harkness said exhibits like The Art Market have a communal, collaborative nature.

“You literally are supporting a community of people who truly believe in what they’re doing and making Oklahoma so unique,” Harkness said.

In addition to supporting local artists, Harkness highlighted the importance of inspiration and creativity.

“It’s about engaging people to just be creative, to just make things, whatever that is. … Just make it, and don’t worry if you’re doing it right or wrong,” she said.

“Start where you can,” Harkness said.