Joe Dorman’s statement following the release of a gubernatorial poll had a bit of “I told you so” in it. 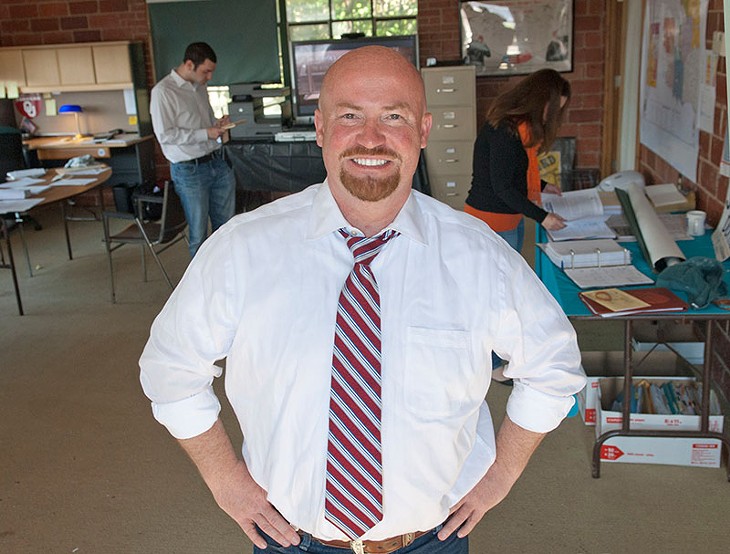 Joe Dorman’s statement following the release of a gubernatorial poll had a bit of “I told you so” in it.

Dorman, the Democratic candidate for governor, had always been considered a longshot to win in November. But dipping approval ratings for Fallin, along with the latest Rasmussen poll indicate the race for governor is a lot closer than many had expected.

Dorman’s campaign said its own poll in January showed him down by more than 20 points. A more recent internal poll showed a six point lead for Fallin and the Rasmussen poll, which some believe leans Republican, shows Dorman’s campaign is making progress.

“The poll shows that when you educate the voters on the issues they are willing to close that gap,” Dorman said.

Name recognition has always been of of Dorman’s toughest challenges and Rasmussen found 35 percent of Oklahomans were unsure who he was. However, the latest poll has cast a spotlight on his race and may force Fallin to take him more seriously, which will get his name in front of more voters.

A few days after the poll, the Oklahoman, the state’s largest newspaper, published an editorial criticizing Dorman’s education policies.

“I can’t thank the Oklahoman enough for the press they have given me,” said Dorman, realizing the old adage, “there’s no such thing as bad press,” fits nicely with his current campaign.

Over the weekend, following the Rasmussen poll, Dorman’s campaign raised $15,000 in unsolicited online donations. The fundraising boost from the poll will help, but Dorman remains at a funding disadvantage as Fallin’s warchest is at least five times bigger.

With more than three months to go before Election Day, a lot can happen to sway voters in either direction. Fallin has not yet entered full campaign mode as she is beginning to tout the state’s economic success in more regularity.

Fallin also has the advantage of seeking reelection in one of the most Republican states in the nation. A recent Pew Research poll showed about half of all Americans say President Barack Obama will play a factor in their vote this fall, despite the fact that he is not on the ballot. In a state like Oklahoma, where Obama resentment runs high, that could benefit Fallin.

Although, Dorman has not run as a hardline liberal. He is pro life and pro guns. Dorman favors Medicaid expansion, but talks little of Obamacare.

“People are ready for a change,” Dorman said. “We knew that and the polls show that.”

Dorman may still be the underdog, but it may no longer be accurate to label him a longshot.