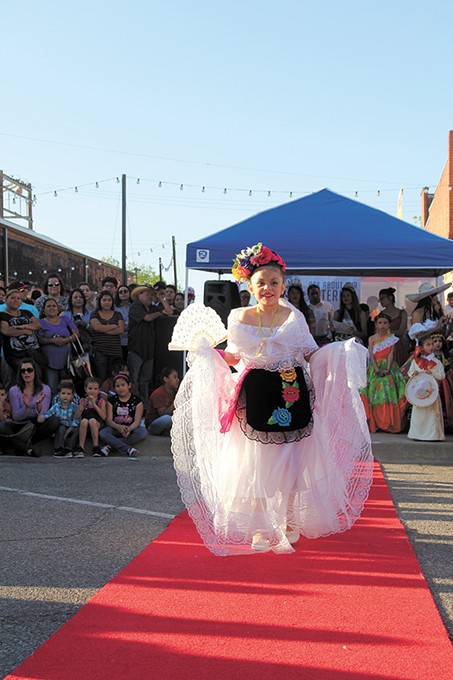 On May 5, 1862, an army of about 2,000 volunteers successfully defended the besieged Mexican city of Puebla from an invading French force three times their size. Cinco de Mayo celebrations honor the anniversary of the Battle of Puebla, but local organizers faced a battle of their own planning this year’s celebration. Plaza Mayor at the Crossroads, which hosted past years’ festivals, closed in October, and Robert Ruiz, president of Scissortail Community Development Corporation, said the event’s planners were forced to find a new venue for the celebration with just a few months’ notice.

“These festivals have been going on for so long that they’ve become a tradition,” Ruiz said, “and the Hispanic community really has come to expect these opportunities to be able to share in tradition and culture. So it was definitely something we felt a high urgency to continue. So the next question became, ‘Where can we find a new home that could be a stable place, a place that we can reestablish these events and look to the long term?’ That was a process. It was quite a long process in such a short timeframe, too.”

Organizers considered many locations before deciding to partner with the City of Oklahoma City to hold this year’s celebration in Wiley Post Park on Sunday. Ruiz said the new arrangement is a three-way partnership between Scissortail CDC, the city’s parks department and Sister Cities OKC. One of Oklahoma City’s sister cities is Puebla, Mexico, a relationship Ruiz said could help OKC have “the most official Cinco de Mayo festival in the United States.”

“We are the only city in the whole country that has that relationship with Puebla, Mexico,” Ruiz said. “A lot of times, we’ll bring delegates or consult with people in Puebla. We definitely have visions of growing, bringing more people up from Puebla, not just delegates or representatives from the municipality, but also artists, musicians, dancers, culinary artists. … The hope, too, is that as we grow the festival we’ll be able to bring up some traditional elements of their celebration in Puebla to Oklahoma City, where there almost might be a kind of simultaneous mirror celebration in both municipalities. It’s going to take a little while to get there, but I really think it would be a unique experience, not only for people in Oklahoma but people from the entire region.”

Ruiz said the celebration’s organizers might be unable to bring in delegates from Puebla this year because the search for a new venue left them less time to secure funding for the festival.

“The challenge was it was such a short time frame that we didn’t get to do our usual lead-up with sponsors and all these other things, but we’ve been very grateful because a lot of people have stepped up very quickly to support the event,” Ruiz said. “We have to underwrite the event because it’s a free community event, so it depends hugely on the participation of sponsors and on people not only supporting the event but understanding the vision of what it can be and helping it in its growth.”

This year’s sponsors include Tinker Federal Credit Union, Alterra Home Loans, Supermercados Morelos, Burritos Tin-Tan, Mexican Cultural and Humanities Association of Oklahoma and Oklahoma Latino Cultural Center. Updated park policies will allow vendors to serve 3.2 percent-alcohol beer to adult festivalgoers. Outside food and drinks will not be permitted, but vendors will be selling many items on-site. Parking is available across the street, and festivalgoers are encouraged to bring blankets and lawn chairs. Based on past festivals, Ruiz predicted that between 15,000 and 20,000 people will attend the celebration.

“I really love the Wiley Post venue because I think it will be a friendly venue for people from all over Oklahoma City to come and maybe experience something that they haven’t experienced before and maybe get a little bit of perspective,” Ruiz said. “The other reason we do these festivals for this community is that we’ve seen all around the country where Hispanic communities that have grown very quickly tend to have kind of a negative outcome when the kids grow up very culturally assimilated, they lose connections with cultures and traditions, and so there’s this gap that gets created between them and their parents that can lead to bad outcomes. As a community development corporation, it’s very important for us to maintain those strong ties, and one aspect of that is being able to have shared experiences and be able to relate with each other through culture and those traditions.”

Anyone looking to start celebrating earlier is also invited to the fourth annual Cinco de Mayo celebration at Calle Dos Cinco in Historic Capitol Hill, beginning 6 p.m. Friday. The free event includes a salsa-tasting competition ($25 to enter with proceeds benefitting the League of United Latin American Citizens Student Council), a traditional Mexican dress fashion show and kids’ activities. The band Conjunto SinLey is scheduled to perform, and a mural by local artist Sergio “Tank” Ramirez will be unveiled. Food trucks and art and clothing vendors will be on-site. Promotions coordinator Miriam Ortega said her favorite part of the festivities is the fashion show because it connects many generations.

“You get to see people of all ages,” Ortega said. “We do have a 1-year-old signed up to showcase a dress this year, so I’m excited to see her in a stroller with her parents and just how they take pride into that and showcase it to the community and the people that you see everyday, people that you meet every day come and be part of this, to come together to celebrate this cultural event.”