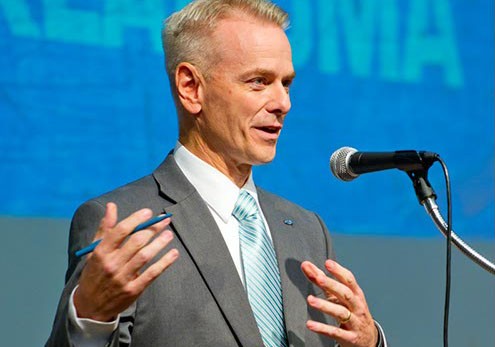 The two-person runoff for the Republican primary in Congressional District 5, with the winner expected to take the seat in November, is more accurately a field of three.

“Fighting Barack Obama is a full time job,” Patrice Douglas said in her opening address, setting the tone in Thursday’s debate that featured little disagreement between Douglas and Steve Russell, but joint attacks against the president.

“[People] have a distrust of what the federal government is pushing on them right now,” said Douglas, who also criticized regulations from the Environmental Protection Agency and those established by the Dodd-Frank Wall Street Reform and Consumer Protection Act.

“I think a banker ought to be able to decide [if you can afford a mortgage],” Douglas said.

Russell was also opposed to EPA overreach and joined Douglas in arguing for a tough stance on foreign policy, calling Obama weak.

“If you show strength, people are less likely to pick on you,” Russell said. “Weakness invites tyrants and competitors.”

Douglas agreed: “I believe we need to have peace through strength. I believe the United States should be respected, not loved.”

On healthcare? Another unified message.

“We should repeal the Affordable Care Act.” Russell and Douglas said.

Fighting for religious freedom was another agreed upon theme.

The one moment of contention came in the closing statements when Douglas reminded the room Russell does not live in the congressional district, a fact he told the Oklahoman in June.

“I’m the only candidate who lives in the fifth district,” Douglas said.

Russell responded with a reference to his military service: “I’m the only candidate in this race that has defended the fifth district.” 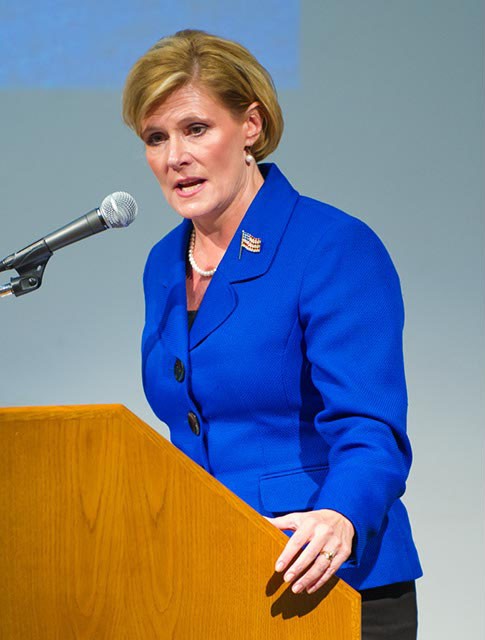 In a six-candidate field in June, Douglas and Russell were the top two vote getters with results in the mid 20’s. The winner of the Tuesday primary will face the winner of Tom Guild and Al McAffrey in the Democratic primary runoff.