As DACA heads to the Supreme Court, a local immigration nonprofit doubles down on its decade of work helping Oklahomans. 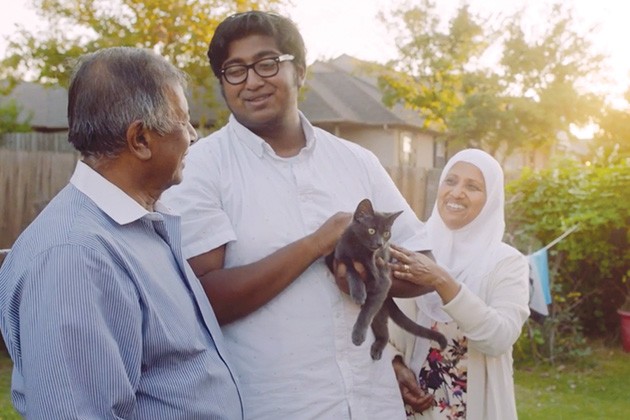 The future of thousands of Oklahomans is at stake. Nov. 12, the Supreme Court of the United States will hear arguments over Deferred Action for Childhood Arrivals (DACA), which gives roughly 700,000 immigrants work permits, social security numbers and relief from the threat of deportation.

Plaintiffs are suing president Donald Trump’s administration over its decision to rescind DACA. In 2017, the administration tried to end DACA altogether, but federal judges ordered that renewal applications continue to be processed. However, this leaves out thousands of immigrants since new applications are not granted.

Along with 50 other organizations, United We Dream, a national nonprofit and network of immigrant youth, filed an amicus brief with stories of DACA recipients.

“Their stories of resilience, generosity and accomplishment epitomize the American dream,” the brief reads. “Yet, the government’s effort to rescind DACA, which has given hope to so many, would put these young people in grave danger of deportation and threatens to cause massive disruption to their lives, tearing apart families and uprooting productive members of society from the networks that rely on them. If allowed to stand, the cancellation of DACA will have devastating ripple effects that extend well beyond the DACA recipients into every community in the United States.”

United We Dream also launched five of those stories as short video documentaries, marking the first time a video amicus brief has been filed in history. Two of the five videos feature Oklahoma Dreamers Angelica Villalobos and Tasneem Al-Michael.

“I’ve been part of United We Dream for about eight years, and this is not the first time that I’m part of an amicus brief or that I’m a plaintiff on a case against the administration or the state,” Villalobos said. “It’s very important because in my case, I faced rejection from people thinking that Dreamers are only high school kids or freshmen in college. In my case, I have already gone to college. I have a family. … Some people don’t think about that kind of a Dreamer, so it was important to be able to share my story with the Supreme Court.”

Villalobos, a local business owner and Department of Justice accredited immigration representative originally born in Mexico, said she participated in the video because she felt it was crucial to share her story. However, as a mother of five, she still worries about what the response might be and how it could affect her family members who appear in the video.

“You have to think about the consequences when you go public like that, especially with your family because we’re dealing with children,” she said. “Regardless of what’s going on out there, I want to make sure my kids still manage to have a normal life, if you can call it a normal life. I don’t want them to worry about the rhetoric of Mexicans being criminals but still making them aware of what’s going on.”

In the video, Villalobos said she was a person before DACA and will still be a person no matter what happens.

“I don’t think that our documents define who we are,” she says in the video. “The dream would be to have an automobile plaza with a mechanic shop in it, a detail shop, tires and wheels. Knowing that DACA will still be there, it gives me the ability to have those dreams.”

Al-Michael, a College Democrats of Oklahoma president from Bangladesh, said watching the finished product felt surreal because of how well-produced it was. The video follows Al-Michael having dinner with his mother, going to school, praying, studying and going to the fair with friends.

“The intention behind filming me was to show many of us live a very American experience,” he said. “Each of the things I was doing throughout the day [in the video] could be things that you were doing as well. … We’re so similar, and the idea that we would hate somebody just because of a status or something like that is so dumb. I think that’s what this video is trying to say, that these folks are just as American as everybody else and that they’re human above anything.”

In the video, Al-Michael mentions that young people leave Oklahoma at high rates because of a lack of opportunities. But he said that when somebody sees a lack of something, they can build it here.

Looking ahead to the SCOTUS hearing, Al-Michael is experiencing a mixed bag of emotions, but Villalobos doesn’t know what to expect.

“I don’t want to lose hope,” she said. “I still want to believe in the democracy, and I still want to believe that there are people out there looking out for the rest of us. But given the political environment we’re in right now and what has led to the program to be going to the Supreme Court, it makes me realize that this is huge. There’s a lot at stake.”

DACA recipients’ stories help underscore the arguments in favor of the program, which center around the role it played in improving the lives of “promising young individuals, their families, local communities and the nation.” One of the biggest fears about the upcoming hearing is the possibility of losing DACA and people’s information going to Immigration and Customs Enforcement.

“By any measure, DACA has been an unqualified success. The lives of both DACA recipients and American citizens are inextricably interwoven. DACA’s beneficiaries have come from all over the world and live across every State in the nation. They have brought with them their exceptional talents, drive, entrepreneurial spirit, and commitment to their local communities and the country. They call the United States their home — and, for the countless DACA recipients who arrived as babies or young children, it is the only country they know,” reads the amicus brief. 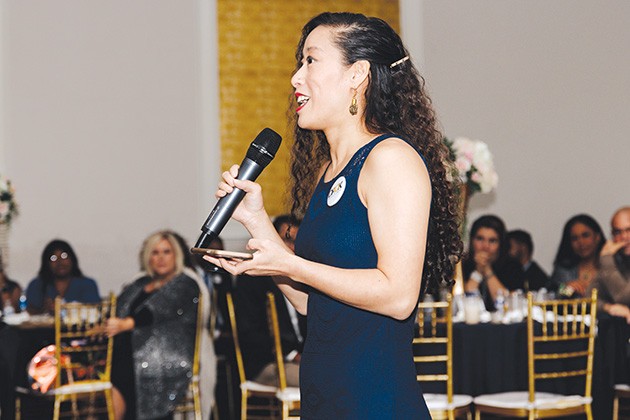 One of the biggest proponents of DACA in the state is Dream Action Oklahoma (DAOK), a local nonprofit that provides resources and informational events to local immigrants. The organization celebrated a decade of work through a fundraising gala last week. Founders gave a keynote speech on the history of the organization, which was created at Tulsa Community College and moved to Oklahoma City in 2011. Since then, DAOK has assisted nearly 700 people with DACA applications and granted about $70,000 in scholarships for filing fees.

“Our work as Dream Action Oklahoma and directly affected individuals is to uplift stories that humanize our community and communities of color,” said Serena Prammanasudh, DAOK executive director, at the organization’s gala.

Prammanasudh discussed some of the things DAOK does for the community like DACA workshops, panels and scholarships. Two of the organization’s biggest events this year were a rally at Fort Sill when the base was expected to become an immigrant detention facility and We Are Familia, a drag show hosted in collaboration with other local groups to raise money for families affected by deportation orders.

“We have to hold each other accountable to our community,” said Judith Huerta Morfin, DAOK board president, at the gala. “This isn’t just about us. This work can only continue because of the community. Our goal is to raise enough money to obtain a physical office. … It’s been 10 years; we’re ready to have an office space, and our goal this year is to raise $20,000.”

“People like to think that immigration is only a federal issue. It’s not. It’s local. It’s those mothers, fathers, sons, daughters who are living right next to you,” Al-Michael said. “Even local-level policies can help these communities who are disadvantaged.”

Al-Michael said Dream Action Oklahoma changed his life. After speaking out on University of Oklahoma’s campus in 2017 about his immigration status, a member of the organization reached out to him to be in a short documentary about DACA. After that, Al-Michael got involved with the organization through various roles.

“That organization was and still is like family to me. It really laid down the foundation of who I am. It taught me how to be an effective organizer, how to tell my story and how to have an impact in the real world using our story,” he said. “It made me who I am. … For the first time in my life, being somebody undocumented, when I did my work with Dream Action Oklahoma, I felt proud of being undocumented. It helps show that we have the right to be proud of working with strife.”

Villalobos has volunteered with DAOK since 2012 and said the celebration was emotional for her.

“We’ve come a long way. There’s a lot of things within the organization that happen in the background that people don’t see, especially the fact that we’re all volunteers,” she said. “Part of any travels, we have to pay out of my pocket and sacrifice time with the family. It’s been 10 years and it’s always been all volunteer. It’s a great accomplishment.” 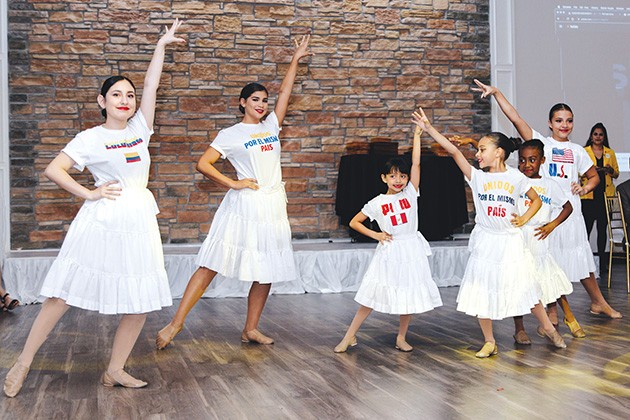 While the Supreme Court could take months deciding the fate of DACA, Villalobos and Al-Michael said there’s always ways to advocate for immigrant communities: donate to pro-immigration organizations, volunteer with those organizations and elect pro-immigration officials at all levels of government.

“I’m quoting [Black Lives Matter] activist T. Sheri Dickerson, ‘Be more than just an ally; be an accomplice.’ Put your bodies on the line whenever it comes to defending community members. It isn’t just about an immigrant; it is about a member of your community being threatened and taken away. … No longer is only voting the way that we can get things done. We have to make sure that we can contribute more resources. If you can’t contribute resources, contribute your time. If you can’t contribute your time, contribute your ideology,” Al-Michael said. “People think the idea of a sanctuary city is far off. It’s really not. Or the idea of getting ICE out of [Oklahoma County] jail. We have a county commissioner who doesn’t believe in having ICE in jail. … I’m so jealous that Tulsa actually has an immigrations affair office and they help get people their citizenship. What is Oklahoma City doing? We can be better.”

Villalobos said even just getting to know people’s stories goes a long way.

“We’re part of the community,” she said. “As an ally, you don’t want to get your facts just from the TV or just from social media. You want to meet the real human behind the stories. I want allies to know I welcome them to be part of our events, not just the social events, any events that are going on, especially with Dream Action Oklahoma.”