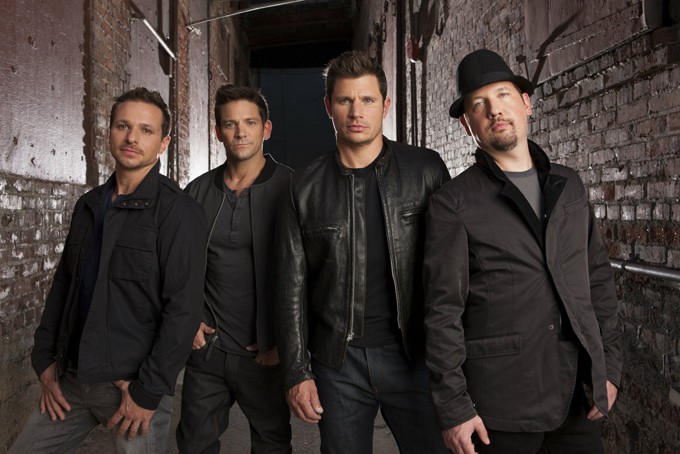 Like many parents, Drew Lachey watches Disney movies like Mulan with his kids. Unlike most parents, Lachey is featured on the film’s show-stopping closing number “True to Your Heart,” a duet his iconic boy band 98 Degrees recorded with legend Stevie Wonder.

It is the kind of career experience Lachey will never forget, but for now, his 10-year-old daughter Isabella and 6-year-old son Hudson are not all that impressed.

“They don’t really get it,” Lachey told Oklahoma Gazette. “They hear ‘True to Your Heart’ come on at the end and they’re like, ‘Oh yeah, that’s you Dad,’ and then they just go on about their lives, you know? It’s not like, ‘Oh my goodness! My dad sings the soundtrack on Mulan!’”

Lachey said his daughter is just starting to grasp the concept of her father’s celebrity, but his son still does not see it as anything out of the ordinary.

“My son’s like, ‘What’s famous mean?’ We’re having a lot of discussions about that right now,” he said. “But I prefer them to think of me as Dad as opposed to anything else.”

Next year marks the 20th anniversary of 98 Degrees, a group that quickly rose to prominence in the late ’90s and early 2000s, the boy band heyday. Lachey said that period was pop music’s pinnacle. It also featured music from NSYNC, Backstreet Boys and O-Town.

A few things have changed since 98 Degrees started in 1997. Three of the four bandmates are married with children, and the musicians have obviously aged a couple of decades.

They are more seasoned, more experienced.

Still, he said the four are like brothers, even though they are not all blood-related. Whenever they get together, they fall back into familiar routines.

“When we get around each other and we start hanging out, the same jokes that were funny to us 20 years ago are still funny to us now,” he said. “The same things that annoyed us about each other then annoy us now.”

The My2K tour represents an opportunity to see a band many fans never saw perform when they were younger. Back then, going to a concert depended on whether their parents got them tickets. Those fans are older now, and Lachey said some of them are even bringing their kids.

A lot of 98 Degrees’ music is emotionally based. Lachey said he often hears from fans that songs helped them through tough times. The group is also often present in some of fans’ happiest moments. Its song “I Do (Cherish You)” has become a popular wedding tune.

“For us to be a part of a couple’s most memorable day or them starting their lives together and them choosing our song, that’s big as well,” Lachey said.

The band is often invited to perform the song at weddings, but Lachey said it hasn’t yet taken anyone up on the offer. However, he wouldn’t rule out the possibility of doing a reception someday.

Lachey said the band won’t reinvent the wheel for this tour.

“Get the people together, get on a party bus, have a few drinks, come on out,” he said. “That’s what I’m going to do.”