Beer and summer go together. The foamy, fermented beverage brewed from malted grain has been around for thousands of years. Hops were introduced in the 15th century, in England, and we’ve been happy about it ever since.

For a homegrown local, Belle Isle’s Raspberry Wheat has just a hint of raspberry in a malted golden wheat ale. Fruity ales can be a bit cloying at times, but not this one. The raspberry tartness is very subtle. There are also Belle Isle IPAs (India Pale Ales) to choose from. IPA is currently a big fad.

“We sell a ton of it during the summer,” said bartender Crystin Andeel at Belle Isle Restaurant and Brewing Company, 1900 Northwest Expressway. Stop in at Belle Isle for the brewpub scavenger hunt on Thursdays, live music on Fridays and Saturdays, and a tour of the brewery on Sundays.

A summer beer doesn’t necessarily need to be light, and Oklahoma-brewed Prairie Bomb! by Prairie Artisan Ales perfectly balances a robust flavor with the season.

“We sell a lot of this. It’s very popular, even throughout the summer,” said Nathan Porter, bartender at the delightfully eclectic Picasso Cafe, 3009 Paseo St.

Prairie Bomb is a stout with hints of coffee, chocolate and ancho chili peppers. Pair this with a light summer salad and you’re ready for whatever the season brings. 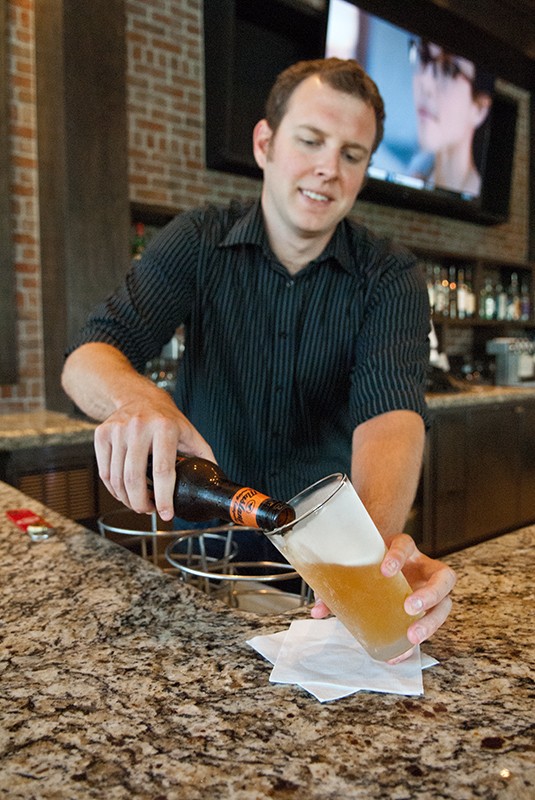 While you’re on a mission for the supreme summertime uber pizza, check out the beer selection at Upper Crust Wood Fired Pizza, 5860 N. Classen Blvd.

“The Mustang Washita Wheat is one of the most talked-about beers here,” said bartender Matt Ramage. This local craft beer is brewed with Oklahoma red wheat, producing a sweet, smooth summer brew. A signature Margherita pizza would be a sublime pairing.

Old King Kölsch is a merry beer brewed at Bricktown Brewery, 1 N. Oklahoma Ave. It’s brewed in the Kölsch style, with a yeast having qualities of both a lager and an ale. It’s an easy-to-drink craft beer; get it to-go in a growler for your next picnic.

Brewed in Boulder, Colorado, by Avery Brewing Company, this unfiltered beer (you might see yeast at the bottom of the glass) offers hints of coriander and orange. And there’s no food pairing more perfect than french fries with one of Drunken Fry’s 17 varieties of dipping sauce. Try the No. 15 Sunday Morning Coming Down, a dip-worthy bloody mary ketchup sauce.

Next, stop in at a classic local haunt, the Skirvin Hilton Hotel, 1 Park Ave., for perfect summertime refreshment. The elegant Red Piano Lounge offers a brisk Boulevard Unfiltered Wheat Beer that is excellent for summer sipping. This Kansas City, Missouri, craft beer has citrusy overtones that are wonderful with a tomato-basil bruschetta appetizer.

“This tastes like what beer would taste like if it were not gluten-free,” said customer and gluten-free beer aficionado Erik Kvale.