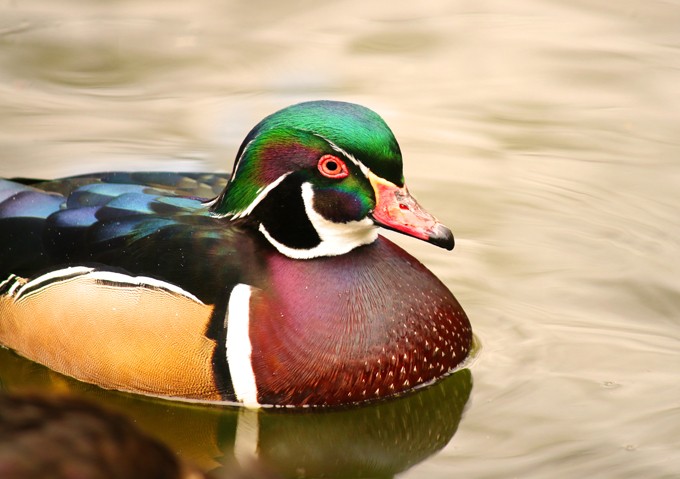 Ducks Unlimited, a national conservation organization, has preserved more than 38,000 acres of waterfowl habitat in Oklahoma.

It took around 20 years, $19.5 million and cooperation between the group and the Oklahoma Department of Wildlife Conservation (ODWC) to accomplish this feat.

“We’ve had a long history with Ducks Unlimited, among other groups that are concerned about wildlife,” said Don Brown, ODWC spokesman. “Without them, it would be hard to accomplish a lot of the good habitat work that we do.”

The chapter boasts about 200 members. Many who work in military or civilian positions at Tinker Air Force Base and joined to meet other like-minded hunters and conservationists, said Randall Cole, EOC chairman.

“We’ve been very successful. Last year was our best year so far. We ended up raising over $44,000, and we hope to do better this year,” Cole said.

Oklahoma’s 46 Ducks Unlimiteted chapters raised $664,418 in 2014. Cole said much of it, as well as matching funds from the national organization, is spent on Oklahoma projects, including recent work through the group’s Southern Prairies and Playas Initiative on wildlife management areas near Drummond and Waurika.

Not too long ago, conservationists in bulldozers, without planning or design, would hastily push up a berm to create wetlands. Josh Richardson, an ODWC migratory game bird biologist, said that today, Ducks Unlimited offers engineering and design expertise to ensure that projects are done properly.

“In the last five to seven years, we’ve really leaned on [Ducks Unlimited],” he said.

Ducks Unlimited also works with ODWC to secure funding for a public wetland area on the Packsaddle Wildlife Management Area in northwestern Oklahoma.

The 19,659-acre area is bordered to the south by almost 10 miles of South Canadian River and historically has been important for waterfowl and other migratory birds.

A key wintering and migration area, Oklahoma is part of the Central Flyway corridor, which includes 10 states and three Canadian provinces. Each fall, many waterfowl migrate from Canada and Alaska toward the Texas Gulf Coast.

Many species — including duck, merganser, coot, geese and crane — nest in the Prairie Pothole Region, shallow wetlands across the Great Plains carved out 10,000 years ago by receding glaciers.

The organization considers the Prairie Pothole Region threatened and has made it a top priority in North America.