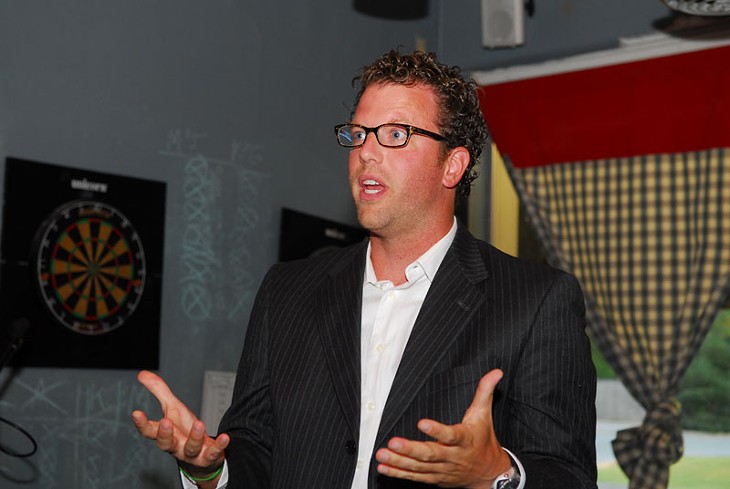 A Democrat was always going to win the House District 88 race. What type of Democrat and the storyline that would emerge with a first-time representative entering the statehouse was the question Tuesday.

Jason Dunnington, who had the highest vote total in June’s primary, won a runoff with Paula Sophia by 22 votes in the initial count (990 to 968). While Dunnington thanked his supporters, Sophia told her’s she was not ready to concede the election and would seek a recount.

Sophia stood to become the nation’s first transgender representative and solidify the district’s claim as Oklahoma’s most progressive. Her ability to force a runoff drew national attention and she appeared to pick up most of the votes from the two other primary candidates that failed to make the runoff.

But Dunnington emerged as the winner, and while his election doesn’t pick up a seat for Democrats, he is considered by many to be a young face with a bright future in the party.

“The house Democratic Caucus is excited for Jason,” said Rep. Scott Inman, D-Del City, who announced Dunnington as the winner at his watch party at Grandad’s Bar. “When he brings his energy and his excitement with him it will help move our state forward.”

Dunnington said he was happy for the victory but acknowledged a close race means he will have to work for the trust of Sophia supporters.

“Both of us worked really hard,” Dunnington said. “Paula and I showed together that there are a lot of Democrats that want a voice.”

Dunnington said his hard work during the campaign paid off and he was ready to work even harder to gain the support of Sophia voters.

“I think voters in [House District 88] showed they want a progressive, articulate voice that will work to build the party, that focuses on education, focuses on protecting the arts, and that is a strong voice for equality for all," Dunnington said. "It may take awhile [to gain their support], but I will work as hard to earn their support as I did to earn the support from the people who voted for me.”